Most people who live in Springfield, MA do not consider a trip to Boston as a vacation. For those like me, who until the recently rarely traveled further than Chicopee (well, okay, there were trips to FL), Boston was an opportunity for a journey filled with culture. For those who read my “On the Road” articles, it should be no surprise that within three days, I packed in six museums, two plays, improv, and a walk on Newberry Street — one of my favorite pedestrian-friendly sites in the U.S. that’s east of Main Street, Disney World.

We started with laughter provided courtesy of “Shear Madness.” How often can a person see this show without being board? In my case, I had already been twice, and this third time was just as much fun as the first and second. Obviously, I must not be the only one who thinks that since “SM” started its run in 1980.

As you would guess from the title, the set was a beauty salon (ah, ha, “shears”). “SM” was a slapstick farce with a tad of mystery thrown in; a “who done it.” But, no one in the audience cared, because the plot was just so purposely stupid. Although, to avoid a spoiler alert, there were numerous endings to these shenanigans. Malaprops, demonstrative entrances, comic asides, and missed lines added to the game of who’s afoot.

The seven actors onstage seemed to be having as much fun — in fact, as much as the audience members. It would have been very easy for this septet to phone in their lines, so to speak. However, this “SM” freshly shined as in the past.

Surprisingly (to me), I had never attended improv. For some reason, I was always in fear of being called up to the stage to join in. Didn’t happen. Whew!

Five young cast members acted like a well-oiled machine, each taking his/her turn at the wheel. Yet, as the proverbial wheel slowed, one in the troupe instantly started a new story. There’s a skill in knowing when a skit has worn out. If you thought that improv is fast, it’s even faster than that. One could almost see the brain cells dancing in the actors’ heads as they thought about the plot (such as it is) as words simultaneously spewed out. It was a bit of a masochistic joy to watch. I’m not sure, however, if the words preceded the thinking. By its nature, these onstage people become playwright/actor all in one.

The theatre and its stage were small, as improv works best in an intimate setting. Lots of college kids sat nearby — some of them “got it” before we (Baby Boomers) did. That was okay; it was not a contest. We all won an evening of fun. www.improvboston.com

My impetus for seeing this museum was the exhibit “Over There – Posters from WWI.” I think I can safely say that so few of us in the U.S. know much about this incredibly devastating war — on all sides. “Over There” ran the length of at least three long corridors. Frankly, I got a bit lost, so I might have missed some of the pieces.

The “Hokusai” showing provided a excellent second reason for coming. Many may not know the artist, but think “The Wave” — that’s Hokusai. Surprisingly, that famous work is rather small, yet other art spanned the length of an entire museum wall. Not necessarily related to this exhibit, was a powerfully compelling Japanese photographic display of post-earthquake/tsunami of 2011. Strews about the museum in strategic posts were giant glass, modern, and multi-colored sculptures.

With six art genres and eras on three floors (including works of Gordon Parks, the Rothschild Family Treasures, and da Vinci), at least two visits are mandatory to experience most of what MFA offers. If, however, you have stamina and/or time, there are four in-museum restaurants to stop for lunch. www.mfa.org

“City of Angels” at Lyric Stage

There’s no reason for me to write my usual play review of a play seen last April which ended in May. Instead — some broad strokes. I had not been to Lyric Stage in over a decade; enough time for me to forget the high-quality, professional productions mounted here. Yes, Boston has a few neighborhoods occupied by several large, old, grand theatres which showcase the best of Broadway but in MA. Then, there are a few of the smaller venues whose companies tackle plays and musicals that are or weren’t blockbusters. Lyric Stage is at the top of this list.

Lyric skimps at nothing. Equity actors each in dual roles, a top notch band, an onstage chorus, a multi-level set indicating two stages, expensive costumes, and whatever else I neglected to mention make this venue’s productions worth a trip to Boston. Trust me, you can see “Phantom” anywhere. But a rarely produced musical a la film noir as “City of Angels” is a surprise treat. Why this play is not done more often is a shame. Yet, staging in particular, seems an extremely difficult assignment. Needless to say, Lyric Stage was undaunted, and the results proved excellent. www.lyricstage.com

I naturally thought when I inquired about going to the Peabody Museum of Archaeology & Ethnology that my visit would be two or three hours, until I was told that Peabody was actually a complex of four museums, two of which are connected, the other two directly across the street. The main museum displayed artifacts from the Americas (the current exhibit was Native Americans) in three floors of galleries.

Exiting, which meant walking a small hallway, to the Harvard Museum of Natural History, the highlight for me were hundreds of glass flowers displayed in their own exhibit room.

The two smaller museums which I also ventured into were the Harvard Semitic Museum and the Collection of Historical Scientific Instruments, both of which were free to the public.

This museum’s draw was Arts of War which showcased the intricacies of armor, weaponry, masks used by warriors through the centuries. What a novel concept for an exhibit, that I wondered why I never seen anything at all similar in my decades of museum visits. www.peabody.harvard.edu

Peabody Museum is one of the Harvard Museums of Science & Culture. All Harvard museums mentioned in this article are part of this consortium.

The most striking component of this elegant museum/mansion is its courtyard. Upon entering and walking down stoned corridor lined with tapestry, the next turn faces one of four sides of the lush gardens, fountain, maze-like walks, and statues. Large open archways on the first and second floors of the museum align the periphery of the pristine courtyard. The beauty of this natural work of art was amazing in the spring months. Although, when I visited the museum on a mid-winter day several years ago, the courtyard still displayed a loveliness, and by no means dark and somber.

Each of the large rooms spoke to the demeanor and style of the Stewart-Gardner riches. Besides the paintings by artists of renown and elaborate furniture, the architecture created an amazing intricate design.

I had not realized that a new wing extended the museum, primarily housing a large three-story performance 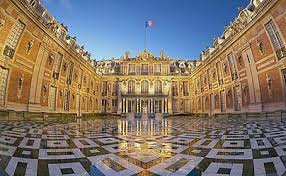 auditorium showcasing the talents of young classical musicians. I was also unaware of workshops, lectures, touring exhibits, and youth activities offered by the museum. With each visit, I learn and see more. www.gardnermuseum.org