FAIRFIELD, CT, May 8, 2017 – American singer-songwriter and the winner of NBC TV’s first season of The Voice, Javier Colon, will star in Unquowa Repertory Theatre’s inaugural production of Big River: The Adventures of Huckleberry Finn. Big River in concert, led by theatre veterans Kirby and Beverly Ward, will hit Fairfield Theatre Company’s StageOne for a limited run of four performances, June 15-17, 2017.

Originally premiering on Broadway in 1984, Big River is the Tony Award-winning musical adaptation of Mark Twain’s 1884 novel, The Adventures of Huckleberry Finn. With a stirring score by Roger Miller, Big River’s roots are in bluegrass, classic country, and soaring gospel; the book by William Hauptmann is pure perfection in its faithfulness to Twain’s original text. 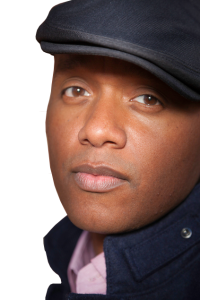 A boon to the production, Colon has achieved international acclaim as a recording artist and will play the pivotal role of the strong-willed Jim, a runaway slave in pre-Civil War Missouri who’s determined to gain his freedom. Colon played the same role back in high school but says this time it is very different for him. “There are parts where I’m reading the script and I have tears streaming down my face – which didn’t happen for me in high school. I hadn’t lived enough. I hadn’t experienced enough. But now I look at it in a whole new way.”

Rehearsals are soon to get underway, something Colon is very excited about as he is relearning his lines. “I can’t wait to get started, to get going, get into rehearsals and meet everybody. I know we are going to have an amazing cast of some seriously talented individuals that I look forward to meeting and working with. I look forward to working with Bev and Kirby. It’s going to be awesome.”

This unique coming of age tale also features Juilliard School of Drama student Nicholas Podany as the mischievous Huck. The two set out on a journey bound for the free states of the North. For Huck, it’s a grand adventure, but for Jim the dangers are deadly real. His grace ultimately leads Huck to question society’s notions about right and wrong, good and evil, and whether all men truly are created equal.

Big River is led by the multi-talented husband-and-wife team, Kirby and Beverly Ward, who met nearly four decades ago doing what they love – theatre – and they’ve continued to work together ever since. Actors, singers, writers, directors, and choreographers who have been involved with countless Broadway shows, national tours, and regional productions, Kirby is directing Big River and Bev serves as associate director; the duo also are co-choreographing.

Broadway veteran Jason DeBord is attached as musical director. DeBord formerly supervised the Broadway and national tour of the musical Once. His additional Broadway credits include Shrek, Priscilla: Queen of the Desert, Rock of Ages, Legally Blonde, All Shook Up, and Rent, among others.

Unquowa Repertory Theatre is a new and exciting, non-profit, professional theatre company in Connecticut’s Gold Coast town of Fairfield, whose mission is to bring together the highest quality writers, actors, designers, composers, and lyricists – both established and emerging – and give them a welcoming destination for collaboration and creation. Audiences may make an investment in their local theatre through ticket purchases, which will be generously repaid with vibrant productions that provoke, surprise, and inspire. Those who wish to support the theatre in other ways may visit the website at https://www.unquowarep.org/support_us/ to find out how.

Big River: The Adventures of Huckleberry Finn will hit the boards at Fairfield Theatre Company’s intimate 225-seat StageOne venue for four performances only. June 15 and 16 at 8 pm, and June 17 at 2 and 8 p.m. For tickets, please visit: https://www.unquowarep.org/project/big-river/. 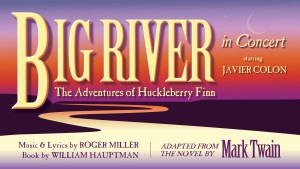