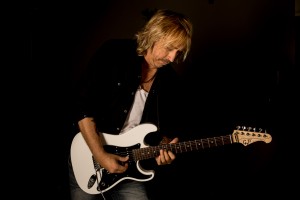 Paul Nelson is a Grammy Award winning guitarist, producer, composer, songwriter and engineer.  He produced and played on several albums of blues icon Johnny Winter including Step Back for which he won a Grammy Award for Best Blue Album.  Paul has recorded and or played with other icons and legends in the music business such as Eric Clapton, Billy Gibbons, Ben Harper, Warren Haynes, Sonny Landreth, Dr. John, Joe Perry, Vince Gil Derek Trucks, and countless others.  He was inducted into the New York Blues Hall of Fame and has won many other accolades and awards besides the Grammy including a BMA and the Keeping the Blues Alive (KBA) from the Blues Foundation.

The Role of a Record Producer

RECORD PRODUCER:  A record producer (or music producer) has a very broad role in overseeing and managing the recording (i.e. “production”) of a band or performer’s music — Wikipedia

What is a Record Producer?

Many people do not realize what a record producer does or how important he or she is to the final product. In fact, even seasoned musicians in the industry do not always comprehend the role of a record producer. A record producer is involved with every aspect of the recording process start to finish. This includes album concept and sound, musicians, arrangements, song choices, song order on the release, instrumentation, micing, rehearsing, editing, mixing, signal processing, scheduling, budget, the engineers, working with the studio, and the label release deadlines. Is that it? Not by a longshot. .

In many ways, record producers are the same as film directors. They oversee all aspects of the project and bring out the best in the artists and the music they are making. Good record producers also add their own style and experience into the mix. A producer’s role extends to working with labels in finding new artists. There’s an order for things in the music industry: there’s a reason why there’s a management company, there’s a reason why there’s a producer, there’s a reason why there’s a record company and promotion. If you miss any of the rungs of the ladder, the odds of getting your music out in any kind of a successful way is greatly diminished. While everyone hears about artists who do it all on their own without help or collaboration, those stories are few and far between. There’s such a gap now between independent artists and major artists. The major artists are making albums and selling them because they have an infrastructure in place. Peer artist development and collaboration is so important to a developing artist and a good record producer facilitates that process.

I always am asked how closely do record producers work with the artists? The answer is, of course, very closely. It’s the one area of music where artists have complete respect, faith, and trust in someone other than themselves and their visions of the music they are creating (or at least they should have). A producer holds the hand of the artist throughout the recording process. The producer is the one to whom the artist looks for honest and knowledgeable opinions of the musical performance and every other aspect in making the recording. Producers are experts in the field, peers, friends, psychologists, and sometimes, regrettably, punching bags.

How does one become a record producer?

Unfortunately, there is no school for record producing. There is no class called Record Producing 101 as far as I know. While there is a Music Theory for Dummies book, there is no Record Producing for Dummies. One becomes a record producer by working with others and studying all aspects of the musical field, from playing and arranging to recording and engineering. Musicians who put out great records and have great reputations generally become record producers at some point. All good producers have a sound and style that is recognizable to the audience.

I am sometimes asked who produces my music when I am wearing my artist hat. I produced my latest CD for Sony called Badass Generation. Needless to say, it was a labor intensive job of being both an artist and producer and not recommended for everyone. Personally, I really enjoy producing. I like seeing other people create. I like helping them out, giving them the sound they want – organizing everything around them so they’re free to do their own thing. To give them the availability of things they wouldn’t ordinarily know about. Give them the right direction, give them the right contacts, help them out in that respect and put out a product that you’re both proud of. I like doing everything. I like being versatile. It just gets you in more areas and gets you more opportunities.

Obviously, producing an icon like Johnny Winter was a tremendous learning experience in so many ways. For example, we assembled many guest artists for the Step Back album. The hardest part of producing that album was the logistics – trying to get all of them together because Derrick is on tour, Susan is traveling, Chuck Berry is in another spot. Clapton was on tour close to when we were getting ready to wrap up the project and wanted to be part of it, but he was on tour. He said he was going to be on tour for three months, so I held up the project for three months. At the end of that time, I contacted him and said, Well, you promised. So he recorded in Ohio and that’s how I managed to get Clapton on the album. Ben Harper wanted to do it, but never got back to us. I finished all the mixes for Step Back. Then he calls and says do you want me to sing on this, too? How could I say no at that point? I had to redo the entire song mix once Ben Harper’s parts came in, but it was well worth it. That ended up being a great duet on the album. He really loved the final product, too.

It also an honor to accept the Grammy for myself and Johnny for Step Back at the ceremonies in California.

To give you an idea of a busy producer’s schedule (mine), I’ll tell you what I’ve been working on recently. I played on and produced Joe Louis Walker’s album, Everybody Wants a Piece with the Mascot Label Group. As a producer, I was responsible for getting him the record deal as well. That’s what producers also do before or after the project. Sometimes a producer will finish a project and shop it and other times a producer may do it ahead of time. Producers do a lot more than just turn knobs in the studio. I got James Montgomery signed with Cleopatra Records and just finished producing his album. I did Lance Lopez’s live album and it came out great (even if I do say so myself). I was very happy with the final product.

The best advice I can give individuals who want to be record producers is to be a generalist; study and learn everything about the business from playing to engineering. Build your reputation and your own style which you can then use to help other artists and that they can benefit from. Just keep at it. Hone your craft. Have all your stuff together so that when you do get the call you’re ready for it! 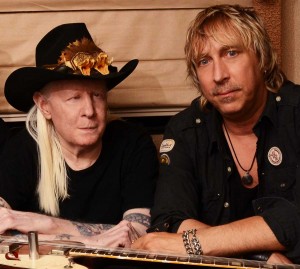