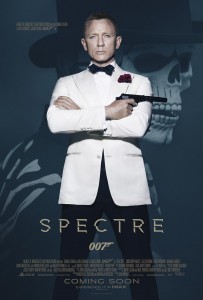 Let’s be clear – Sean Connery was and will always be the James Bond…at least for me. I was VERY young when I saw Goldfinger (well, maybe not that young) but the film (actually the second in the series – Dr. No was the first) forever imprinted on me the equation that Connery = Bond. I gave Roger Moore a pass, probably because I had accepted him as a secret agent from his stint on the television series, The Saint. Even the much maligned Australian actor, George Lazenby, who played Bond in one movie wasn’t terrible. Timothy Dalton and Pierce Brosnan, with all due respect, were imperfectly formed clones of Connery’s portrayal.

And then came Daniel Craig. Even though he had blonde hair and blue eyes and was not in the classically handsome 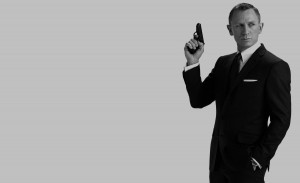 category as his predecessors, I was willing to give him the benefit of the doubt. Casino Royale was lame. Craig was too old, too serious to play a “prequel” Bond. He was like a thug; a male Pygmalion in the role. Bond was dapper, dangerous, deadly at times, glib and, most importantly, always had a sense of humor – even in the face of death. Even though they were mega-hits, I felt Quantum of Solace and Skyfall weren’t much better. As action films, they worked; Craig worked – just not as James Bond.

I went into Spectre with very low expectations. So without spoiling too much, here is my bottom line.

I am thrilled to report that James Bond is back! 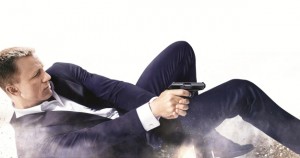 Craig is no Connery, but, in my estimation, he has passed Moore to be the number one contender for the title of the “Best Bond.” Both the film and Craig’s acting harkened back to the good old Bond days. There was the obligatory over-the-top opening with collapsing buildings, killings and a fight to the death scene in an out of control helicopter (and through it all, Craig’s impeccably tailored suit remained buttoned). There was the Sam Smith theme song, “Writing’s on the Wall,” with a music video under the credits, that probably rivaled the budgets of many studio releases.   And the rest of the film, three hours long, was classic James Bond.

Indeed, one could count the subtle references to prior Bond films. Seeing the reflection of an assassin coming at him 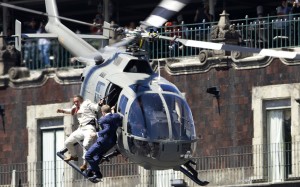 was right out of Goldfinger. The main henchman reminded me of both Odd Job and Jaws. The interrogation/torture scene was a higher-tech version of the laser beam scene from Goldfinger. The fight scene on the train was reminiscent of Connery’s fight scene with the evil villainess, Rosa Klebbs, in From Russia With Love. There were the car chase scenes, the Bond car with infinite gadgets including the ejector seat, the hi-tech compound of the supervillain, Ernst Stavro Blofeld and, of course, his white blue-eyed Chinchilla Persian cat. The skeleton costume featured on the posters conjure up images from Live and Let Die. There were the global locations: Mexico, Austria, London, Tangier. I could go on and on. 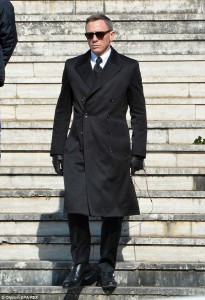 But the most important thing is that Craig’s portrayal was finally in line with the legacy he inherited. He was confident, commanding and cool. He was dapper and impeccably dressed with the best accessories whether it was his sunglasses, leather jacket, white tuxedo or Omega watch.  He was funny and glib, even in the face of death. 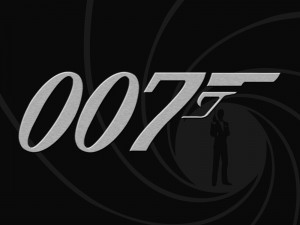 Spectre will satisfy most action-junkie fans. But, more importantly, it will satisfy loyal, die-hard Bond fans as well.

Wayne celebrates “birthday weekends” – these are protracted events, akin to laying down the red carpet for a birthday CELEBRITY. It also applies to things like Father’s Day, or anything that puts him as the center of attention, although he also does this for his children’s birthdays. I am not sure how this tradition of his began, but I’m waiting for my turn. In fact, I’ve had more than a few holidays in recent years which were supposed to have been about ME but instead spiraled into anything BUT what they should have been for various reasons which I won’t completely vet here; however, one of them I can tell you was when Wayne put himself in the hospital for not properly taking his blood pressure medications. This was on my son’s birthday which is two days before mine – and he was still in the hospital on MY birthday. But I digress… 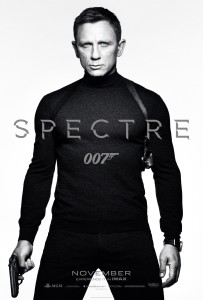 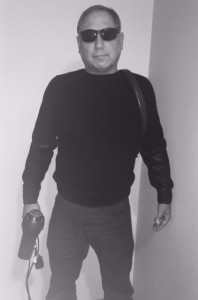 For Wayne’s “weekends” he gets to choose what he does, where he goes, what he eats, etc. That applies to the rest of us who come along for the ride, too – and this weekend was no different. And being a movie maven, he wanted to hit the AMC Theatre to see Spectre, the newest (number 24 to be exact) in the James Bond franchise.

Now I grew up on Roger Moore’s Bond. I used to argue with my parents, who were very partial to Sean Connery, that Moore was best. That, of course, was because I had no experience with Connery and couldn’t see beyond what or who was current. I also wasn’t interested in turning back time and watching some “old” movie for comparison. Aside from Connery and Moore there have been four others who’ve shared the moniker through the years, and of them, I cannot recall how many I’ve seen, but I can say it’s not been that many. And it isn’t that I don’t enjoy action-adventure or espionage flicks, I just simply haven’t watched them. So when Wayne said he wanted to see Spectre I couldn’t have cared less either way. But as I said, it was his birthday weekend, therefore his choice. 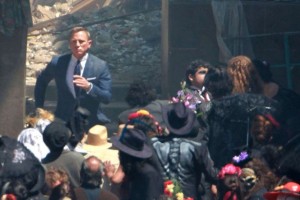 For certain, this was the first Daniel Craig portrayal of Bond I’d seen. And I initially found it a challenge to accept him as 007 – his blonde, stone-faced snarl just wasn’t the dark, charming, debonair Bond to which I was accustomed. But from the beginning, Spectre drew me in and kept me in for all of its 148 minutes. (It might have been because I happen to love Sam Smith who sang the theme song “Writing’s On The Wall” and the drawn-out end credits played in the beginning became the whole back drop for something of an enticingly fab, over-the-top music video.)

Now what I do know is that when watching any Bond movie, there are a few certainties: Bond always will get the bad guys. Bond also always will get the girl…or should I say girls. And despite anything that happens to Bond, he always will get through it relatively unscathed. (I think he had a bit of dust on his suit after the first building blew up, but that’s all.) With nary a hair out of place or a scuff on his shoe, he can toss bad guys out of helicopters and trains, battle assassins with his bare hands, or leap tall buildings in a single bound (wait, I’m mixing up my protagonists…that last one is Superman). This leads to the final certainty – Bond will never die. Watching these types of films, therefore, could be insipidly predictable, but writers John Logan (Skyfall), Neal Purvis, Robert Wade, and Jez Butterworth and director Sam Mendes (Skyfall) made sure it wasn’t.

After Craig grew on me, we were introduced to French beauty Lea Seydoux as Madeline Swann, Bond’s newest girl in 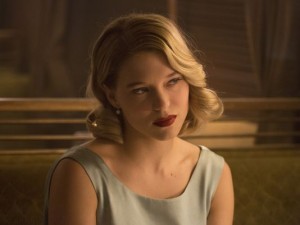 the stable, but also his equal – the intellectual and alluring daughter of a former nemesis. Now, as I’ve said, I’m not totally Bond-literate. I’m not polished on all of the nuances of Bond’s life, travels, past troubles or trouble makers; but I found that I didn’t need to be for two reasons: the film offered enough interest despite the characters from old Bond films who reappeared in Spectre’s storyline; and I had Wayne’s commentary both during the film and afterward to sum up anything I might have missed.

There were more than a few gruesome moments which made me squirm in my seat or bury my head on Wayne’s shoulder (some types of violence I just can’t watch, including small drills going through one’s skull and into one’s gray matter – sorry, a spoiler there). There was enough action, fight scenes, buildings exploding, spy gear and the like that it really didn’t matter in some respects that it was a 007 adventure. But it was…and it was good. Really good. Throw in some romance with a sharp cookie like Dr. Swann and there you have it. After this one, I may just have to see what else 007 is up to; and I hope Craig is the man for the job. 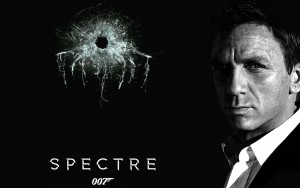