Pillow Talking’s Review of THE NETWORKER

Someday Productions LLC and Pillow Talking are pleased to present the following review of The Networker. 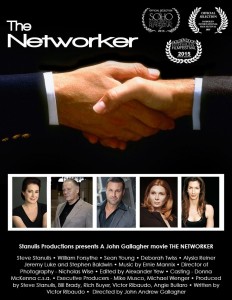 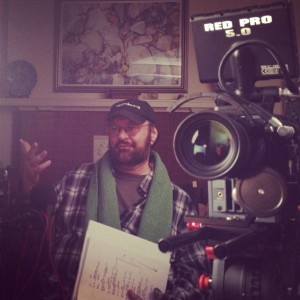 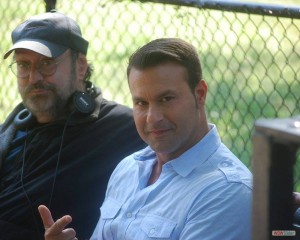 adjectives that are usually attached to what we call in the industry, “festival darlings.”  These are films that play on the festival circuit and become fan faves. John Gallagher’s The Networker fits within those parameters. The Networker, capably directed by indie filmmaking multi-hyphenate John A. Gallagher (see our interview with John Gallagher) is playing now on the festival circuit.  John is like a master chess player when it comes to directing; navigating his actors through the scenes with strategy and purpose.

Without spoiling too much, The Networker is a coming of age story about a 40-year-old playboy who is given three months to turn around his father’s printing business. If he fails, the family business will be sold and he will be out of a job and a career.  In order to try and save it he becomes a “networker.” 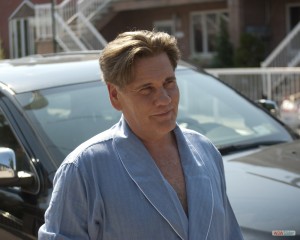 The screenplay, by Victor Ribaudo, captures the quintessence of an Italian- 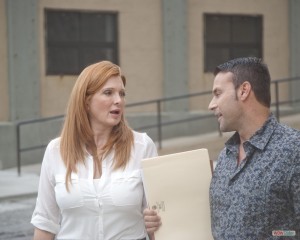 American family. (I know – my mother was one of nine children in a big, extended Italian family from Yonkers) and the veteran cast brings Ribaudo’s pages to life. The patriarch of the family is played spot-on by William Forsythe (he can read a phone book and make it sound dramatic). Sean Young shows her acting chops as the typical, somewhat neurotic Italian mother. Deborah Twiss (nominated for Best Supporting Actress for her role on the festival circuit) brings a vulnerability and sensitivity to Nicole, dedicated office worker and former girlfriend of the protagonist, John Mangano (she reminded me of a young Anette O’Toole). Accomplished actress Alysia Reiner is perfect as the evil sister-in-law, Beth; the one who makes the snowballs so her hubby Pete Mangano (devilishly portrayed by Jeremy Luke) can throw them at his 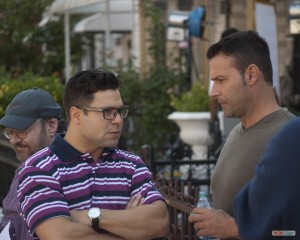 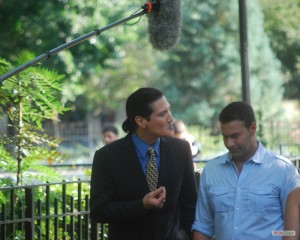 daughter, wise beyond her years, was ably played by Lola Freidenstine. Phillip Moon as the Jewish-Korean, Yiddish-spouting mentor of John Mangano stole many a scene. Veteran character actor Al Sapienza as Bernard Chumsky, the Early Bird Networker recruiter, did a great homage (not sure if it was intentional) to Alec Baldwin’s character Blake in Glengarry Glen Ross. And speaking of Baldwins, Steven Baldwin was hilarious as speed networker Pierre with his sidekick Penny played by Renee Wood. 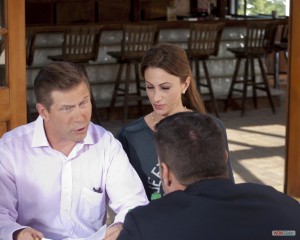 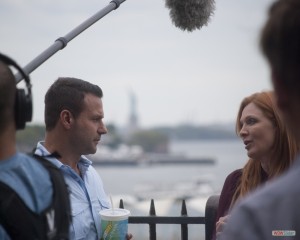 Despite the experienced ensemble cast, the film sat squarely on the shoulders of its star, Steve Stanulis.  The charismatic Stanulis gave John Mangano’s character both strength and warmth. Stanulis, a former police officer turned Chippendale dancer turned actor turned producer, proves that he can carry a film on his broad frame.

All in all, The Networker’s story is a perfect example of art imitating life: a film is first and foremost a collaborative process and cannot be made without successful networking. 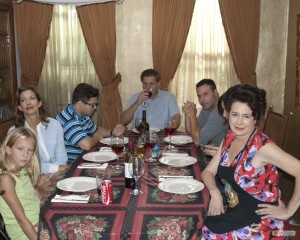 The art of writing may best have been summed up by 18th century English romanticist William Wordsworth: “Fill your paper with the breathings of your heart.” The Networker’s Victor Ribaudo does just that – he writes stories that come from his truth; those with which he says he has both a personal and cultural connection. In his festival-circuit dramedy you will feel as if you are being regaled by a tale around an Italian family’s dinner table over a great dish of pasta and a glass of Chianti. 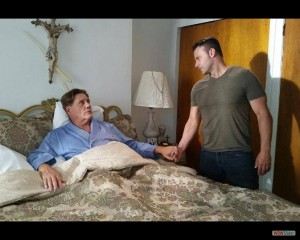 Italian-American Ribaudo, credited for the story (along with Bill Brady and Rich Buyer) and the screenplay, has woven a classic yarn centered around protagonist John Mangano, a wayward son who has become nothing short of a disappointment to his father, Charles Mangano, and the family printing business. His playboy ways have served only to derail him from making something of himself. Charles, who sees his son as a reflection of his own youth, gives him both a strict ultimatum as well as a heartfelt chance at redemption – three months to pull it all together and save the failing firm – or else. 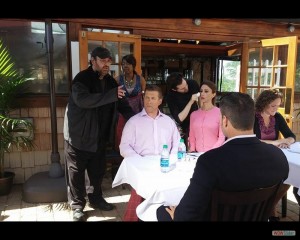 Directed by indie heavy-hitter John Gallagher, the film’s lead was perfectly-cast with Chippendale dancer-turned
NYPD cop-turned actor, director, and producer Steve Stanulis as John, who bumbles through his father’s task, making every conceivable mistake along the way.  John’s former ex-flame and current right-hand at the firm, Nicole, played endearingly by Deborah Twiss, is a formidable match for him as she does her best to guide him onto the right path. She invites him into her home, introducing him to her daughter Lisa (Lola Freidenstine) and encouraging him to explore the unknown territory of “networking” as a way to boost the business’s profile. 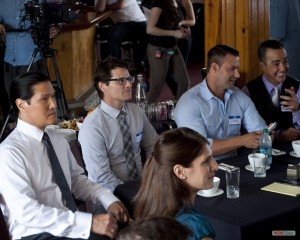 A colorful company of characters serve both to help and hinder John’s progress including his family: the stern but guiding hands of his father (William Forsythe); his doting, well-meaning, but often drunken mother, Margie (Sean Young); his adversarial brother, Peter (Jeremy Luke); and his surly sister-in-law Beth (Alysia Reiner). In addition, in his adventures into networking, John initially is overwhelmed until he meets the most curious individual of all – David Finkelstein (Philip Moon) whose eccentric, over-the-top caricature of a persona comes in the form of a Korean who had been adopted by Jewish-American parents. Most of the comic sidesteps in this drama are found in Finkelstein’s snappy comebacks which are riddled with Yiddish – oy vey! 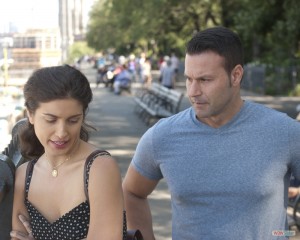 Forty may be a bit late for many to come of age, but as they say, better late than never. John’s journey toward self-discovery is full of chutzpah (nerve) and ultimately is inspired by the most unexpected source. The question is, what will John do with the opportunity he has been given? Does he have what it takes to become a mensch (a man of character)?

For more info The Networker Site