Review of AN INSPECTOR CALLS 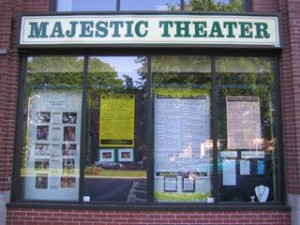 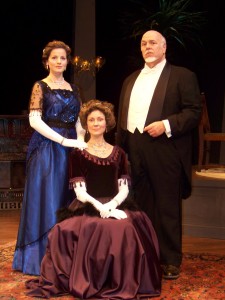 From the title, the opening scene, the background music, and the inspector’s entrance, one might expect a Columbo-ish mystery-comedy in “An Inspector Calls.” Mystery, yes. Comedy, no.

The lush trappings of the British Birling home set the tone of what will quickly be realized as a political socio-economic comment on pre-WWI disparity. Five exquisitely dressed, well-spoken family members celebrate an engagement announcement. Their world is clean, rich, proper, and orderly. Surprise! The uninvited Inspector Goole arrives, informing all of the recent suicide of a young impoverished woman. This becomes messy business which grossly interrupts everyone’s lives as the inspector relentlessly forces each character to deal with secrets, guilt, consequences, responsibilities, and morality.

John Thomas Waite (Inspector Goole), a semi-regular at the Majestic, is the personification of this role. Waite’s gentle voice, easy gait, and “everyman” demeanor purposely hide the Inspector’s mission. This is, after all, a mystery. Walter Mantani (Father) portrays a blustering caricature. Cate Damon (Mother) depicts the epitome of prim and proper rather well. Myka Plunkett (Daughter) represents the character with depth. Plunkett’s facial nuances and hand gestures often say more than her words. All of the actors use English accents; some succeeding better than others.

“An Inspector Calls” is very heavy on dialogue, creating a difficult task for director Zoya Kachadurian. With little need for moving her cast in any meaningful ways around the single set, the play comes off as wordy. But a director must take what is given by a playwright. However, revving up the pace might have been possible in some sections.

Is it possible for Set Designer Greg Trochlil create bad work? Never, or at least not so far. His 1912 dining room/living room with its three levels is exquisite without being gauche.

The character of Eva Smith, although never onstage, is very much at the play’s center; she is the antithesist of what the other characters do not see and what the audience does see.

A “warning” about the theatre – it’s cold. Almost half of the audience wrapped their coats around them. Yes, it is January, but the Majestic is pretty much always cold. Just wear something warm.