Someday Productions LLC and Pillow Talking are proud to present this blog post, The True Cost of Micro-Budget Filmmaking by Angel Rosa 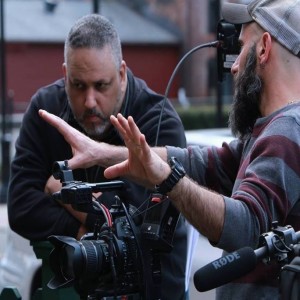 Pillow Talking knows about independent filmmaking. Wayne J. Keeley of Pillow Talking, a two-time Emmy Award Winner and creator of the cult classic, Nosferatu — The First Vampire, has been among other things, an independent filmmaker over the past thirty-one years. He was at the Cannes Film Festival in 1989 when a then-unknown, independent filmmaker named Steven Soderbergh won the coveted Palme d’Or prize for his little film, Sex, Lies, and Videotape. Wayne dealt with ICM the same year that the agency took a film from another unknown independent filmmaker made for $7,000 and sold it to Columbia Pictures whereby establishing the El Mariachi franchise and its creator, Robert Rodriguez, as permanent fixtures in the film industry. There were still other independent filmmakers who rose to prominence over the decades including Nick Gomez (Laws of Gravity), Spike Lee (She’s Gotta Have It), Kevin Smith (Clerks), Quentin Tarantino (Reservoir Dogs), Richard Linklater (Slacker), and others too numerous to mention here.

The common thread among all of the above individuals is that they were visionaries. They had fire in their bellies and passion that could not be squelched or sated. They did not understand or recognize the word NO. Like Hannibal, they would either find a way or make one.

Angel Rosa is an independent filmmaker who fits within those parameters and shares the same ideals. Stephanie and Wayne at Pillow Talking are both pleased and honored to present this honest piece about a filmmaker’s heartfelt journey to cultivate his vision.

The True Cost of Micro-Budget Filmmaking

It’s 5:00 p.m. on Sunday, July 31. The teaser for our upcoming feature film project, Contrived, has just made its “world premiere” on Facebook.

Let’s go back just a couple of hours earlier on that very same day. The writer and director of that teaser, and the man who wrote the entire script for the film, well he’s out with a small bag of returnables, and a pocket full of loose change. He’s waiting to hit up the bottle redemption area at the local grocery store, followed by a trip to a Coinstar vending machine. It’s certainly not the sort of glamorous thing one would imagine a writer, producer, and director to be doing just two hours before a major debut, a slight but nonetheless important glimpse into his latest project; but real life inevitably surfaces, no matter how deeply one may immerse him or herself into the grandiose fantasy of “being a filmmaker.” That man needs gas to get back and forth to work during the week, and maybe a few extra dollars for a breakfast sandwich and a cup of coffee here and there. This is the reality of being a 24/7 single parent, and an independent filmmaker. That father and filmmaker is me.

Let’s go back even further, this time almost two years. It’s an early fall evening and I’m driving through Berkshire Shopping Center in Danbury, Connecticut. Bernard Herrmann’s main theme for Alfred Hitchcock’s Vertigo starts playing on my car stereo. The thought immediately comes to my mind, They just don’t make movies like that anymore. Knowing me, I may even have said it out loud. I remember that I was angry about the state of Hollywood cinema then, and the state in which it remains. I was angry about the constant remakes, the never-ending sequels, and the general condition of creative impotence currently plaguing mainstream filmmaking. That’s when “Tobias Werrick” was born, and the premise for Contrived was conceived. Driving through the parking lot of a New England shopping center, listening to Bernard Herrmann.

It was an epic and ambitious idea. A sort of meta-foray into the horror-suspense anthology films of old. A “love letter” to the genre, and a sweeping indictment of New Hollywood. I had just picked up a pair of dress shoes from a local discount shoe store. How the hell was I going to find the budget needed to get this made? I didn’t know then, and I’m still not quite sure now, but I wrote the damned script anyhow. The idea grew and flourished, and wonderful new characters and intriguing nuances emerged. The whole thing took on a life of its own, and I felt absolutely duty-bound as an artist to share this concept with others.

Now, fast forward from that point, back to more recent times. It’s an early Sunday morning in April. Call time is 4:00 a.m. on a hillside at Happy Landings Farm, an open-space park located in Brookfield, CT. I became obsessed with a tree I had written about in my script, and weeks prior one of my colleagues had stumbled quite accidentally upon a tree just like it. He sent me a text message immediately, including photos. He had found my tree, and there we all were that morning, about to converge on that hill to catch the sunrise, which was substituting for dusk. It was still cold out, as it is prone to be sometimes deep into a New England spring; I expected to be miserable and cold, but knowing we’d all just have to tough it out. I expected two or three of us out there on that hill, freezing but driven by adrenaline. I was wrong. It was cold, yes, but there were thirteen of us. Brave and dedicated individuals all fueled with passion for the art. When I reached the hill sometime after 4:00 a.m. there was a pup tent set up. Nearby was a generator running power not only to lights inside of the tent, but to a full workstation with a multiple-monitor display. The tent was heated, downright toasty in fact, by a kerosene heater. Another kerosene heater had been placed just outside the tent to keep cast and crew comfortable.

I was honestly amazed and humbled by the exemplary level of professionalism I experienced on the hill that morning. This, for me, embodies the essence of independent, micro-budget filmmaking. Not a single person on that crew got paid. I should clarify – I threw them each money for gas, but that was it, and they never asked me even for that in the first place. So while none of them got paid in big dollars and cents, the payoff was enormous from a creative standpoint. I have no doubt that every single one of them would agree that the gratification that came from seeing the completed product was compensation enough. Reading the public comments in praise of that teaser, and the statements of support and solidarity – now that’s absolutely priceless!

Those eight hours on the hill that morning had a tremendous impact that will stay with me for many years to come. Those people had read my concept for the film, they loved the script for the teaser, and they believed in my vision. Me. That single father “living in a dream world.” That man who holds such an adoration for movies, and the movie-making process, but is still firmly bound to everyday woes and worries. The very same woes and worries, hopes and aspirations shared by every single person on that hill that morning.

That morning on the hill seared one important truth into my consciousness: No matter who you are, whatever your social or financial status, it costs absolutely zero dollars and zero cents to dream. The true cost of micro-budget filmmaking isn’t measured in money, but rather in sacrifice, dedication, and an insurmountable will.

If you dream big enough, and bold enough, and pursue your dream with an unrelenting resolve, people will gladly dream right along with you. Which is fine by me. The more the merrier.

To view the Contrived teaser and help Angel and his team complete the film, please visit the Indiegogo fundraising campaign page here: http://bit.ly/ContrivedIndieGoGo

Angel Rosa is a native of Danbury, Connecticut where he lives with his 12-year-old daughter, Angelray. He’s a published writer and Kindle author, as well as an award-winning producer and director. Recently his critically acclaimed short films, Laundromat (Where Was She), and Only Moments, have been Official Selections at various film festivals throughout Connecticut and New York.

Angel is the founder and creative director of Hat City Pictures, LLC., a filmmaking collaborative based in Danbury, CT.
www.HatCityPictures.com