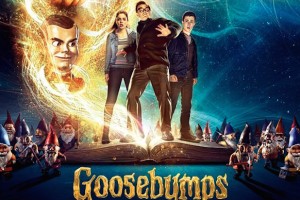 There’s a great line in the 1992 movie Under Siege with Steven Segal (yes, I dated myself with this reference). Segal as formidable Chief Casey Ryback utters to a crew person, “The captain doesn’t like surprises and neither do I.” I tell that to my wife all the time when she tries to surprise me. I read all of the spoilers before seeing a play or movie. (I also was the kid who found all his Christmas presents before Christmas.) 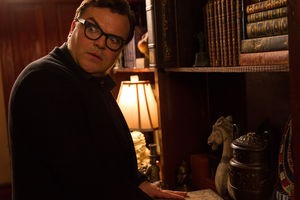 Goosebumps was one of the few films that I did not do a due diligence investigation before seeing it. I knew that Jack Black was in it. I knew that it was somehow connected to bestselling author R.L. Stine.  When the credits began and Sony Pictures Animation was prominently displayed as one of the production companies, my wife leaned over and said, “You didn’t know it was animated, did you?” I swallowed hard, nearly choking on my popcorn. I am not a fan on animated films. How could I not have done my research?

As it turned out, it was not an animated film (although there was a great deal of CGI in it); my wife was kidding. More importantly, I was pleasantly surprised! The movie was entertaining and not knowing what was going to happen actually enhanced my overall enjoyment of the film. 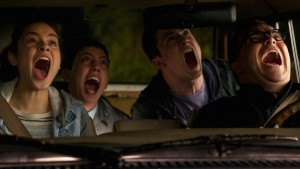 Without spoiling too much (for those of you who like to be surprised) the movie was about R.L. Stine (played toperfection by Jack Black) keeping the monsters he created from ruining the town. Dylan Minnette (Zach) and Oydea Rush (Hannah) displayed some nice chemistry as the teen lovebirds. Ryan Lee as Champ also provided some great sidekick humor. And there is a fiendishly clever cameo by the real R.L. Stine, but don’t blink or you’ll miss him.

I became familiar with the work of R.L. Stine when my children were younger and we would watch the Goosebumps videos. I never understood why R.L. Stine was considered primarily as a young audience author; I feel his work appeals to all ages who like a story with a “beginning, middle, and a twist.”

Does this mean I’ll stop researching movies and be surprised by them? Nah. A Tiger doesn’t change his…spots.

Family movies always have been fun for me. I admit, I have see countless and loved most of them – animated, live-action, cartoon, or a combination of all of it. And even though children’s films naturally are geared toward that particular demographic, I appreciate the attention given to parents who most often accompany their progeny. It’s like finding those surprising Easter Eggs sandwiched in; some things which go over kids’ heads but are not lost on the grown-ups.

Now we are fortunate to have a local second-run theater – with seven children, it is a huge break on the pocketbook when even the popcorn and drinks also are at a reasonable cost. Recently we caught Goosebumps at Edmond Town Hall in Newtown, CT and I must say I really enjoyed it. 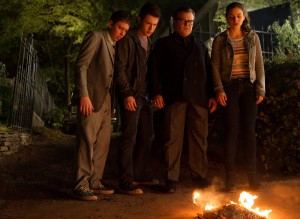 All of my children have been big R.L. Stine fans at one time or another and I think we own most of the Goosebumps books; they also watched the Goosebumps television series so I was quite familiar with the gist of the stories. As is my usual modus operandi, however, I went into the theater not knowing what the film’s storyline was or what to expect. It drives my husband crazy (he actually often reads spoiler synopses before seeing films) but it’s my thing – I like to be surprised, and I was.

The film opened innocently enough. High schooler Zach and his mom Gale, played by Dylan Minnette and Amy Ryan respectively, are moving. Zach isn’t thrilled to be leaving New York and even less thrilled to land in the sleepy town of Madison, Delaware where his mom is to be the new school vice principal; that is until he meets his captivating new neighbor Hannah (the beautiful Odeya Rush). But there’s something strange going on next door and Zach, with his new sidekick in tow (the awkward Champ played by Ryan Lee) are determined to find out what, even if that means taking on Hannah’s creepy father Mr. Shiver (the incredible Jack Black). 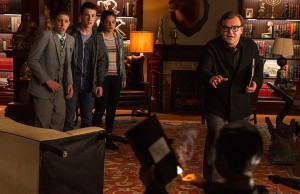 escaped from many of R.L. Stine’s books and young triumvirate’s endeavors to avoid them and keep the town safe. When it is discovered that Mr. Shiver is in fact R.L. Stine himself, Stine gets in on the action and helps the teens avoid the wicked pitfalls besieging them.

The CGI is pretty darn good for a kids’ film and the scare level is mild. There is enough action to keep the plot moving and the characters are likeable and believable, even in a story as fantastic as this. Kudos to young actors Minette, Rush, and Lee; Black is himself – funny and 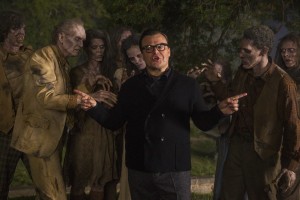 snarky, totally befitting the character. And as an added bonus, Jillian Bell is sidesplittingly funny as the bedazzle-loving, quirky Aunt Lorraine, especially when she is attacked by Fifi the possessed poodle (reminded us of Wayne’s super snippy Pomeranian, Cody).

The film is rife with comedy, as well as an abominable snowman, an invisible boy, a ventriloquist dummy (the only one who might disrupt your ZZZs), and garden gnomes galore. If your young’uns love R.L. Stine, this is one to watch.