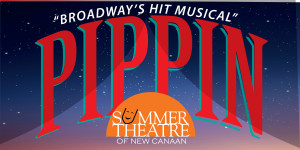 It’s not the destination, it’s the journey. – Ralph Waldo Emerson

I cannot pinpoint when my love for theatre or film began. I do know that I started my journey in earnest into the world of theatre in the 70s when there was a plethora of incredible plays from Off-Off-Broadway all the way to the Great White Way. What avid theater-goer can forget Doug Henning’s The Magic Show, A Chorus Line, Liza Minelli in The Act, Equus, Jesus Christ Superstar, Godspell, and countless others including Ben Vereen in Pippin. In my humble opinion, they just don’t make plays like those anymore.

I also remember back when I was on the cusp of my existentialist period, plays like Equus and Pippin were the sweet spot of my wheelhouse. I say this, even though the only things I actually remember about Pippin were how versatile Ben Vereen was, the great choreography, and the rock music.

Seeing it so many years later at Summer Theatre of New Canaan (STONC), I am amazed at how much more meaningful the play was to me and how different I am from the young culture-vulture who saw it decades ago. Don’t get me wrong, I do not understand Pippin any better now then I did then. In order to do so, I would have to have a sit down with Roger O. Hirson, who wrote the book, and Stephen Schwartz, who wrote the music and lyrics, or at least have a cramming session with the SparkNotes. 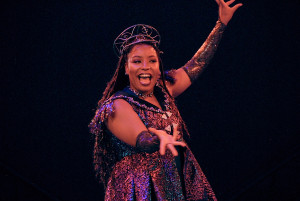 Pippin is an allegory, or perhaps more of a cautionary tale. Although real names like Charlemagne are used, there is no semblance of historical accuracy. Although the setting appears to be the Middle Ages, it might just as well be Tolkien’s Middle Earth. The character of Pippin is a prince who was sent away to be educated. After graduation, he embarks on a search for meaning and fulfillment in his life. He tries everything from being a warrior, a rebel, a hedonist, a king, and even a farmer. No matter what he tries, he finds he is still is unfulfilled. The Leading Player who guides Pippin through his journey is a mysterious character, as are the various other personages that Pippin meet along the way. To an extent, some resemble the characters on Tarot cards. (By the way, thank you STONC for the deck of Tarot cards – a, awesome, shrink-wrapped, illustrated deck was left on each seat. I’m a sucker for swag.) At some point, the Leading Player promises us a finale that we will never forget – Pippin jumping into a flaming pyre – and once he is consumed and becomes one with the fire, he will be fulfilled. (SPOILER ALERT)  At the last minute, Pippin changes his mind and chooses love with a single woman and her child. The Leading Player goes ballistic, breaking the fourth wall, apologizing to the audience, telling the crew to tear down the set, and demanding that the band stops playing. One wonders if Pippin is now fulfilled.

STONC’s version of Pippin is a home run. Although the stage and all the action takes place completely in the round, at no point does one feel that one section is being favored over another. The actors generously display their talented instruments with carefully staged blocking and choreography that makes any seat in the house a good vantage point. Kudos to choreographer Doug Shankman and the masterful direction of co-directors Allegra Libonati and Christian Libonati (hmmm..wonder if they are related). 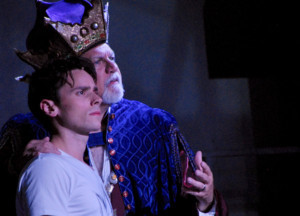 The casting and acting are superb. Melissa Victor, with her commanding stage presence, makes a perfect Leading Player. When she yells at everybody to start tearing down the set, I had to suppress the urge to get up and help. Indeed, she did her predecessors proud (Ben Vereen and Patina Miller both won Tony Awards for their respective portrayals of The Leading Player on Broadway). Zach Schanne makes a wonderful Pippin; just the right balance of strength and vulnerability as well as a healthy dose of charming naivete. He is a triple threat and one to watch in the future. Both Frank Mastrone as Charlemagne and Jodi Stevens as Fastrada are an excellent comic duo who are adept at playing off each other as well as the other characters. Janelle Robinson is hilarious as Berthe and knows how to break the fourth wall and work a crowd. Julia Desai gives an endearing performance as young Theo, especially her scenes with the Duck. Of course, one of the marks of a good actor is that the character on stage is unrecognizable in tone, manner, appearance, etc. from the actor. I loved the arc of character Ella Raymont has as Catherine, Pippin’s love interest and his final destination. She goes from a Rapunzel-like farmer’s daughter to jeans and a tee shirt, complete with tattoos and short blonde hair. There is no way I would have recognized her at the cast party (if I had been invited). My wife and co-reviewer possesses the special knack of recognizing all the actors and usually whispers in my ear at after-show parties as to who played who. I am compelled to give a big SHOUT OUT to Omen Sade who played Pippin’s half-brother Lewis. Every time he appeared on stage it was like watching Bruce Lee in Enter the Dragon. My advice is to be ready to duck if you are sitting in an aisle seat on the side of the vomitorium. Finally, kudos to a great Ensemble who had more energy than a thousand Energizer Bunnies: Matthew Aaron Liotine, Erica Perez-Barton, Kelcey Matheny, Donovan Mendelovitz, Graham Mortier, and Samantha Sayah.

My bad when it comes to noting crew or staff positions as I usually rely on my wife and co-reviewer to do so. But this time I must give props to the Scenic Designer Brad Caleb Lee for the stage design including the Labyrinth.

So, after decades of not seeing Pippin what do I think now? I could be cynical and say that one of the take-aways is that the more educated we are, the more we want, and the more unsatisfied and unfulfilled we become. Ignorance is bliss. While I think that a cogent argument could be made for that take-away, after all, Bob Fosse was noted as having portrayed a darker side to the original show. However, I choose to be more positive. For me, after thoroughly ruminating on the issue, I choose to believe that it’s not the destination that matters, but the journey itself. At the end, when Pippin is asked if he’s finally content, he says “Trapped, but happy.” Whether he really found fulfillment or not isn’t the point. It was his journey and his search for that mattered most. In some symbolic way, it’s not only for him, but for all of us. We are all on our own individual journeys. My recommendation is to go see STONC’s Pippin and decide for yourself – but get there early so you can take a walk around the Labyrinth!

For my destination, I am going to open my deck of Tarot cards and see what the future holds for me…