Pillow Talking’s Review of IS THERE LIFE AFTER HIGH SCHOOL?

Someday Productions LLC and Pillow Talking blog are pleased to present the following review of IS THERE LIFE AFTER HIGH SCHOOL? presented by the Suffield Players 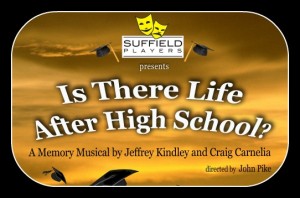 High school memories: for most of us, they’re emblazoned on our gray matter like neon signs. Maybe they were your got-asked-out-by-the-class-president, captain-of-the-football-team, valedictorian “best of times” – the ultimate relivable moments, which serve as fodder for reunions or chance meetings with an old classmate at the grocery store. Or maybe they weren’t. They were the no-date-for-prom, failed-your-driver’s-license-exam, tripped-up-the-stairs, zit-filled embarrassments you long to forget.

It was author Ralph Keyes’ 1976 book titled Is There Life After High School? which probed these and a plethora of other teen-angsty triumphs and challenges. Keyes conducted hundreds of interviews and devoured countless articles and pop culture mediums to try and understand this hairy, scary element of the human condition we call adolescence. And ultimately he came to the same conclusion that the inimitable Kurt Vonnegut did: high school is “closer to the core of the American Experience than anything else I can think of.”

Why do we remember our high school experiences so strongly? Psychological research looks at something called the reminiscence bump — memory increases during times where there are changes in the self, identity, and in life goals. Adolescence is ripe for it. The problem is, those experiences are not always ones we want to keep reliving.

And so the “memory musical” Is There Life After High School? was born. With book by Jeffrey Kindley, and music and lyrics by Craig Carnelia, we are given the opportunity to immerse ourselves into the reminiscences of those frenetic moments we’ve all had (or for the young’uns, the ones they will): from the first steps into the hallowed (and harried) high school halls to the final ones across the turf on graduation day. Kindley and Carnelia use a collection of flashback moments, loosely thread into a nonlinear narrative, to present what it may have been like for you, your friends, your enemies, or even your frenemies. 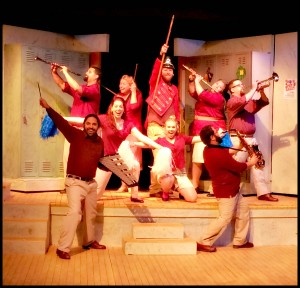 With expert direction by John Pike, Is There Life After High School? by the Suffield Players scored the proverbial homecoming game touchdown. The killer cast: Zach Gray, Tricia Howard, Rodney K, Noelle Karnolt, Kathleen Narowski, Shaun O’Keefe, Jason Phillips, Erica Romeo, and Lucas Veo drank beer, fended off bullies, played in the band, swooned over each other, and rah-rahed, all the while avoiding getting wedgies, forgetting locker combinations, and failing grades to somehow make their way from freshman to senior year and beyond. The stellar company of nine played over 60 characters beginning as teens and later culminating as adults who have some nearing-middle-age epiphanies and wacky class reunion moments.

Pike guides the troupe with a sure hand and there isn’t a weak link in the bunch, all of whom have strong voices and wonderful comedic timing. Pike also added wonderful photos of the cast and crew’s own high school memories to a running projection on two screens, which created a perfect enhancement to key moments in the production. While the work itself explores deeper themes of adolescence, it does so lightheartedly, and ultimately is a charming depiction, with a plethora of laugh-out-loud moments and a few tear-jerkers tossed in for good measure. After all, that’s what life is.

As always, we expect and we receive magnificent theatrical experiences from the Suffield Players at Mapleton Hall – to us it’s like coming home to a theatre which is professional in quality, while being cozy, warm, and welcoming. Konrad Rogowski pulled off a terrific set depicting high school halls and a reunion venue (I still have nightmares about forgetting my locker combination) with the help of his crew: Jason Fregeau, Dorrie Mitchell, John Pike, Kelly Seip, Linda Spanilo, Bob Williams, and Jerry Zalewski. Shout outs also to the wonderful musical accompaniment by the band who were onstage, albeit tucked behind the action throughout: Dan Volpe on drums/percussion, Steve Anderson on guitar, Seth Lisle on bass, and Kim Aliczi on piano (she also was music director). Kudos to Tracy Funke for fun and well-coordinated movement direction, Bob Williams for stage management, Dawn McKay for costumes, and the many other talented crew members who contributed to the work’s overall success.

As for me, I must make but a small disclosure: I didn’t like high school. At all. I was shy, quiet, insecure; a shrinking violet, a wallflower…and I was miserable. (I was the one who plunked myself in the library instead of trying to figure out where to sit at lunch.) Somehow I managed to get through those agonizing years until graduation, all the while wishing I just could push myself out of the more-often-than-not discomfort zone. Today I have my own house full of teens (seven children and stepchildren ranging in age from 11 to 20) and I see those years repeating themselves over and over, for better and for worse.

Do we survive? Is there life after high school? Yes, there sure is…and if you want to see how it all works out, check out Suffield’s fabulous Is There Life After High School? before it passes you by as quickly as those four years did!

I can’t put this delicately – everyone goes to their high school reunion wanting to see who they “beat.”

The Suffield Players, the little train that could, has done it again. They selected a little-known play, stacked it with a talented cast, a creative crew, an intuitive, experienced director and proved once and for all that there is life after high school – and the proof lies in all of us high school survivors seeing and enjoying its engaging  production of Is There Life After High School?

The play was written by Jeffrey Kindley with music and lyrics by Craig Carnelia. And while it opened with more previews than actual performances, the play indeed has found a life after Broadway by astute dramaturgs and others who realize a play like this resonates with countless high school graduates/survivors across the nation – whether you are in New York City or Cedar Rapids, Iowa.

It’s not an easy play to stage or perform. As the program notes point out, it‘s a “half revue/half musical [that] never attempts to tell a traditional story. Instead it gently pushes an audience to remember their own stories of those formative, sometimes joyous, sometimes painful years that make us who we are.” The play is a montage of skits, so you need an ensemble of incredibly talented actors who can pull off dozens of roles. Add to that a musical score, and those actors must be able to sing. I am happy to report that the entire cast fits both of those requirements like a well-worn glove – there’s not a weak link anywhere.

It would be impossible for me to single out specific performances by the individual actors. Each one brings his or her own special talent, persona, and take on the multitude of characters they portray. Watching the cast work its magic is like watching a well-oiled dream machine flawlessly pumping out one creative moment after another. So kudos to the entire cast listed alphabetically: Zach Gray, Tricia Howard, Noelle Karnolt, Rodney K, Kathleen Narowski, Shaun O’Keefe, Jason Phillips, Erica Romeo, and Lucas Veo. 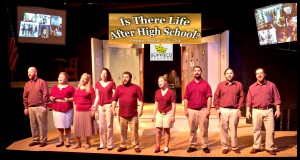 Like a chess Grandmaster, veteran director, professor and dramaturg, John Pike, expertly navigated the path for his actors to take through this retro-musical revue with great flair and creative brilliance. Part of his unique creative vision could be seen in the multi-media slide presentation that accompanied most of the individual scenarios. The slides, which numbered in the hundreds, were real high school photos hand-picked and edited by Mr. Pike to follow and complement the various skits. The slides enhance the action on stage and really resonate with the audience. Having been a documentary director and editor in a former life, I know how many countless hours Mr. Pike spent assembling and editing the photos.

Kudos also must go to Kim Aliczi, the musical director, and Tracy Funke, the movement director. The staging and blocking were excellent and at no time was there ever a moment that the stage felt “too busy.” And I would be remiss at not mentioning the hard work of Stage Manager Robert C. “Bob” Williams, Jr. who did an awesome job of stage managing this rather complex piece of theatre.

A special shout out must go to the entire production crew and staff of the theatre and the Suffield Players. I apologize that I have to say this in a collective shout out, but thereare far too many to mention to name individually. But they all have certain things in common:a dedication to the arts, a commitment to excellence and the common goal of bringing the best possible theatre to the community. 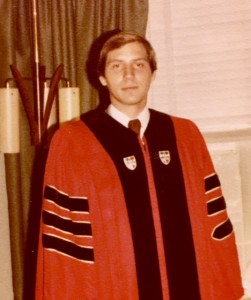 Wayne. Okay, all my high school pics are in storage but this does show that there is life after high school — I was graduating from law school! 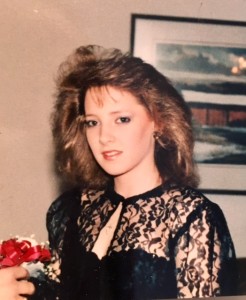