Pillow Talking’s Review of GET OUT by I.M. Nosferatu

Someday Productions LLC and Pillow Talking are pleased to present the following review of the film GET OUT by horror critic, I.M. Nosferatu 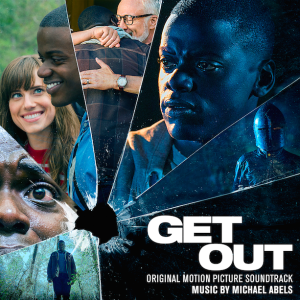 Get Out by I.M. Nosferatu

Psychovian — On par with Psycho

I.M. Nosferatu Medal of Honor – My prestigious thump on the back for a great film! 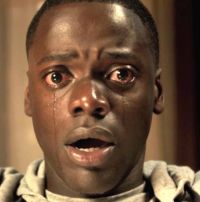 Well, those lobotomized critics at Rotten Tomatoes finally got something right for a change in rating the horror/thriller Get Out a 99 (I’d give it 100). It is the SICKEST, HORRIFICALLY HORRIFIC film I’ve seen in a long time. In fact, I am putting it right now on my sick list of the best horror films for 2017. I’m also adding another word and definition to my personal glossary: Pyschovian – meaning a film is on par with one of the most psychologically horrific thrillers of all time – Alfred Hitchcock’s one and only Psycho. This film has surpassed any Jasonian or Krugerian levels and stands alone as a Psychovian film.

Critics be damned to Hellfire for all eternity for giving away the plot and denouement of this film. I implore you NOT to read any one of them. BE SURPRISED! BE SCARED! White knuckle it. Dig your nails into your movie partner’s arm (I’ve still got the scars from my seatmate, but I like that sort of thing). In order to achieve full shocking effect, you MUST hit this film cold – as ice cold as a week-old corpse.

I’d say that this is something of a Guess Who’s Coming to Dinner type of film – no spoiler in telling you it’s about a white girl who brings home her black boyfriend to meet her upper-crust, snow white family; that’s in every trailer. Now don’t expect Chris to be anything like Sidney Poitier or Rose’s parents to be Katherine Hepburn and Spencer Tracey. And let me tell you Chris, played by an incredibly talented Daniel Kaluuya, and girlfriend Rose, an awesome Allison Williams, are a terrific pair you’re rooting for from the start. (Yes, I can be a sap from time to time. Don’t hold it against me.) I’m also taking bets that Kaluuya and Williams won’t have a moment to rest (that is until they’re dead) because they knocked this one out of the ballpark graveyard – they’ll be snatched up to star in every film from here to Kingdom Come. As for the ’rents: Catherine Keener as Missy, a psycho, I mean psychiatrist, and Bradley Whitford as Dean, a neurosurgeon, are two sons of bitches who’ll make you itch like you’ve got head-to-toe poison ivy right from the get go. What the hell is it with these two? And don’t get me started on the wackadoodle brother, Jeremy (Caleb Landry Jones is as warped as can be). The film lures you like Morpheus from The Matrix down into the perverse rabbit hole of hell where you’ll encounter countless twisted racial stereotypes splayed out like 25 feet of eviscerated human intestine. 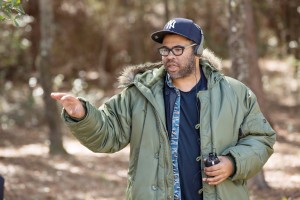 Hitch could do no better than the likes of the Ripper smooth Jordan Peele in this, his directorial debut. The pace is at a fever pitch throughout – not one dull moment. This film is steeped like too-strong tea in brilliant social commentary – think The Purge franchise. But like James DeMonaco’s successful trio, Get Out is still a solid horror genre film, so there are plenty of What the hell is going on? moments as well as the anticipated and well-worn conceit of thinking that the bad people have been successfully dispatched only to see them rise like the Phoenix for a final duel to the death. There is definitely enough red to satisfy gore lovers out there, but far less than the usual shark attack featured in your average slasher film. It’s thoughtfully interspersed and packs an axe-wielding wallop.

What makes this film one of the sickest that I’ve ever seen are the psychological thriller elements. It is a devilishly tasteful witches’ brew made up of the diabolic morsels found in classics like The Stepford Wives, Race with the Devil, and Invasion of the Body Snatchers – but that’s all I’m going to say. So GET OUT of your house and GET INTO your local theatre and see this film! You’ll be thrilled you GOT OUT to experience the brilliant Get Out!!