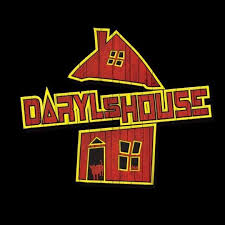 I remember back in the 80s when there was a mad dash (like the California Goldrush of 1848) to a celluloid memorabilia-filled, glittery (where everything that shined was not gold), star-studded motif restaurant known as Planet Hollywood. The big attraction wasn’t the food (which was back then only so-so), but rather the names of the three owners of the chain: Sylvester Stallone, Arnold Schwarzenegger, and Bruce Willis. Little did they know that back then they would fare better together as actors in The Expendables 3 rather than restauranteurs.

Flash forward to today where the rich and famous seldom rely solely on their celebrity status to sell things other than movie tickets. For example, did you know that Paul Rudd and Jeffrey Dean Morgan own a little candy store called Samuel’s Sweet Shop in Rhinebeck, New York? Imagine walking in to get some cotton candy on a stick and seeing Negan in front of you! Doubtful. Today, it’s cooler for celebrities not to slobber all over their public investments.

The same can be said of Daryl’s House Club –a restaurant featuring good food and live music owned by none other than Daryl Hall – one-half of the legendary group Hall and Oates. If you blink, you would probably miss it, as the rather unassuming façade is nestled amid other commercial establishments along Route 22 in Pawling, NY. Understated, rustic and cozy, it boasts “top notch food” with “amazing artists.” According to its website, “the concept was born with Daryl Hall and his television show ‘Live from Daryl’s House’ where he invited his favorite musicians to his home in upstate New York for an afternoon of great food.”

I had met Daryl briefly backstage at a Jones Beach concert in the early 90s after producing a documentary about deforestation in the Northwest with John Oates. My wife and I had heard so much good word of mouth about the restaurant that we finally made the mere twenty-plus-minute trip from our home in Danbury, CT. 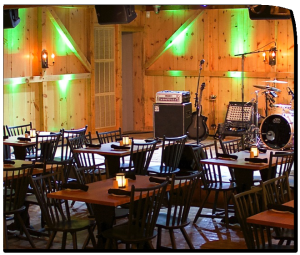 I am pleased to report that Daryl’s House is everything the website touts —and more. It is rustic and intimate. While there are Hall and Oates posters and other memorabilia on the walls, it is understated and nowhere near as obnoxious as Planet Hollywood. There’s not a bad seat or table in the house. Wall-mounted screens showing past performances at the Club are there to peruse before the live music starts. Servers are pleasant, courteous, and solicitous.

And the food is really, really good – a huge compliment coming from a guy like me who has a very limited palate. Nice-sized portions and reasonably priced. How can you top that? With an intimate stage abutting the seating area which features a variety professional acts. 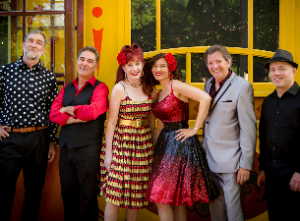 The rest of the band members also possess some nice pedigrees. On tenor and alto sax and flute is Collin Tilton who played on Van Morrison’s iconic Moondance album. Just hearing Collin play his flute solo from Moondance was worth the price of admission. Veteran musicians also include Eric Kuhn on bass guitar, and vocals; Ralph Delucia on guitar and vocals; Shawn Meehan on drums/percussion; and vocalist, songwriter, and percussionist Brinna Jones.

There is a multi-camera set up (although I could not see where the cameras were placed) that do live switch recording of the performing acts for future viewing that are shown prior to the featured act, intercut with clips from Hall and Oates concerts.

Daryl’s House achieves its main goal: to make you feel at home. You can sit back, nosh, relax and listen to great music. And you never know who could pop over for a visit and a jam session one day, including Daryl himself.

*While we strive to always do “He Said” and “She Said” reviews, there are moments when life just gets in the way. This time around, my better half was doing most of the packing for our upcoming move while keeping up with her eternally busy schedule. Please excuse this “half” review – it may only have come from one of us, but it’s far from half-hearted!