Pillow Talking’s Review of A CHORUS LINE at WBT 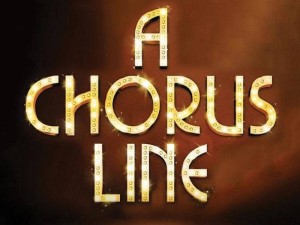 I’ve certainly got the winter doldrums these days. With the holidays and a couple of January birthdays already behind me (my son’s and mine), it’s as if gray, blah stagnancy sets in for the next few months as we all await the seemingly far off energy and vitality of the coming spring. I can hear it like a commercial in my head: “Winter got you down? In need of the perfect pick-me-up? Well, I’ve got the perfect solution…” And that’s where you can fittingly insert Westchester Broadway Theatre’s (WBT) A Chorus Line. Because if that doesn’t pick you up, I’d imagine nothing will! (And don’t forget to make time for the fab pre-show dinner!)

WBT’s A Chorus Line was exactly what I needed. It’s an iconic musical whose plot line is simple and known to nearly all theatre-goers. With music by Marvin Hamlisch, lyrics by Edward Kleban, and book by James Kirkwood and Nicholas Dante (originally conceived, directed, and choreographed by Michael Bennett), it takes us through the chorus line audition of 17 eager, hopeful, and nervous Broadway dancers. A true ensemble show, its set is simply the mirrored stage of an unknown theatre. The delight however, is in the music, the dance, and the uniquely personal journeys of the wannabe performers who, in a rather unique audition process, are asked to reveal to the choreographer a little about themselves and why they’ve aspired to be dancers.

A Chorus Line is a powerful production directed and choreographed by Mark Martino, who skillfully leads each of the multi-talented and colorful characters through the classic paces. The energy in the audience was as high as the kicks and jumps on stage. Each of the cast members stay true to the original, bringing authenticity to the individual stories. As a college professor, I know how few students ever want to go first when presenting to the class – and the auditioning dancers are much the same when asked to talk about themselves. But it is Mike who steps forward in a brilliant performance by Drew Carr, nailing every step and note in the spirited “I Can Do That.” The youngest of 12, he tells how he took the place of his older sister in dance class (my father has a similar story of his own foray into dance). He’s followed by Bobby (Logan Mortier), a rather flamboyant candidate who seems more than happy to spin his yarn about his peculiar childhood.

In no particular order, the rest of the auditionees take their places in the spotlight, each with a unique story to tell. The group includes: the height-challenged and slightly older Connie (Tiffany Chalothorn); Greg who discovers he is gay after feeling up a girl (Joseph Cullinane); Richie, the almost-kindergarten teacher (Kevin Curtis); the cocky Don (Tyler Jiminez); sweet ballerina Maggie (Emily Kelly); the vocally-challenged Kristine (Ashley Klinger who is also assistant dance captain); Kristine’s husband and constant-support, Al (Tim Fuchs) – and the duo are charming in “Sing”; Mark, the sex-obesessed, youngest dancer who describes in detail his path to puberty (PJ Palmer); the beautiful inside (but insecure of her looks outside) Bebe (Kelsey Walston); and the ditzy Judy (Caitlyn Wilayto).

There are so many excellent parts to this cohesive whole, but other stand-out performances are given by Lauren Sprague as Sheila, the tightly-wound ballet dancer who overcompensates for her own terrible childhood and is a total b**ch. She, Walston, and Kelly are a fierce threesome in “At the Ballet.” Streetwise Diana, played by Alexandra Matteo (whom we saw in WBT’s Saturday Night Fever) knocks it out of the park with “Nothing” as she recounts her high school acting experiences as well as in “What I Did for Love” with the Company; the silicone-enhanced Val (Emma Degerstedt) is sassy and spot-on throughout, but especially in the spectacular “Dance Ten, Looks Three”; and of course the once-soloist Cassie (Erica Mansfield) whose spotlight was short lived, does a fantastic job in “The Music and the Mirror.” Finally, Michael John Hughes as Paul, who is gay and emotionally fragile, is wonderful.

We cannot leave out the other auditionees who are early cuts in the process: Erika Conaway as Tricia; Danielle Marie Gonzalez as Vicki; David Grinrod as Roy; Joey Lucherini as Frank.

Zach, the director who leads the audition, is expertly played by David Elder. He is commanding but at the same time compassionate – a role in which Elder is perfectly suited. His assistant, Larry, played by Brian Dillon (also associate choreographer for the production), is supportive both of Zach and the dancers.

From the opening number, “I Hope I Get It,” to the spectacular closing number, “One,” this company delivers. Kudos to Bob Bray as Musical Director and keyboards; Angela Jamieson (through 1/21/18) on keyboards; John Bowen as Assistant Musical Director and keyboards; James Mack on percussion; Jordan Janz on bass; Brian Uhl on trumpet; Steven Bleifuss on trombone; Wayne Tice on reed; and Von Ann Stutler as Musical Contractor. Shout-outs also to Bob Loftus for set design; Keith Nielsen for costume design; Andrew Gmoser for lighting design; and Mark Zuckerman for sound design.

A Chorus Line runs through April 1 so you’ll have no excuse to miss this singular sensation!

WBT’s A Chorus Line is a sensory feast, containing some of the best vocal arrangements and dance choreography compared to other recent versions of the stage play I’ve seen (including the 1985 film version). As a young, burgeoning culture vulture in the late 1970s, I could not wait to see the original Broadway production with music by Marvin Hamlisch and direction by Michael Bennett. The production won nine out of twelve Tony Award nominations and the 1976 Pulitzer Prize. Of course, the icing on the cake for me back then was that it was the hottest ticket in town and co-written by James Kirkwood who penned of my favorite novels of all time, Some Kind of Hero. How could it miss with me?

I remember walking out of the theatre thinking I had just been rolled. What was all the fuss about? It was a bare stage with seventeen actors (who admittedly could sing and dance) who recreated what essentially was the nuts and bolts of what goes into a dance audition. Doug Henning’s The Magic Show on Broadway which ran about the same time was a musical extravaganza compared to this stark, documentary-style show. I even enjoyed the documentary Elvis On Tour more than the original A Chorus Line.

What a difference forty years can make! When I saw the original production, I was young (and mistake-free); at that juncture in my history, I was unjaded and uninjured by the train wreck known as life. Walking out of WBT’s A Chorus Line,  I then understood what all the fuss had been about. The dance audition portrayed in A Chorus Line is, among other things, a conceit and a metaphor for life’s struggles – including the incredible highs and lows – that we all face pursuing our hopes, ambitions, dreams, passions and, of course, loves – and all of the mistakes and poor decisions that we all inevitably make along the way. Like the famous exhibit at the Bronx Zoo which boasts the presence of “the most dangerous animal on the planet” and turns out to be nothing more than a mirror reflecting our own reflection, the floor to ceiling mirror used as a backdrop in the play is more for the audience than the performers. It’s there to remind us that the play is really about us and the battles we face in our own lives in our quest for happiness.

Mark Martino’s direction and choreography and Bob Bray’s musical direction are brilliant. The casting is spot-on and the performances are all solid; not one weak link in the magnificent seventeen; not one performer less than a triple threat. David Elder plays the best Zach I’ve seen in recent history, including the 1985 film version. The only good thing about the film version was the presence of Terrence Mann as Larry (sorry, Michael Douglas, but you just don’t have the verisimilitude of a dancer and choreographer). Drew Carr’s stunning acrobatic solo as Mike performing “I Can Do That” makes you feel like doing cartwheels in the aisles. Erica Mansfield’s performance as Cassie – especially in her solo in “The Music and the Mirror” – is simply wonderful. Emma Degerstedt as Val pulls off the difficult “Dance Ten, Looks Three” with just the right amount of aplomb and comic flair. The same can be said for Tim Fuchs and Ashley Klinger, who play the married couple Al and Kristine in their rendition of “Sing.” Logan Mortimer channels both Tommy Tune and Harvey Fierstein in his characterization of Bobby. Brian Dillon who, according to his resume, has played just about every part in past versions of the show, gives a performance that would make Terrence Mann proud. Michael John Hughes showed not only his ample singing and dancing chops, but his acting ones as well as the sympathetic underdog Paul. I had chills by the time Alexandra Matteo as Diana led the Company with the now iconic song, “What I Did For Love.”

While it is impossible to single out nuances in each individual performance in a cast as large as A Chorus Line, kudos must be given to the remainder of the exceptionally talented company including in no particular order Tiffany Chalothorn (Connie), Erika Conaway (Tricia), Joseph Cullinane (Greg), Kevin Curtis (Richie), Danielle Marie Gonzalez (Vicki), David Grinrod (Roy), Tyler Jimenez (Don), Emily Kelly (Maggie), and last, but not least, Joey Lucherini (Frank).

WBT’s A Chorus Line is a tour de force from start to finish and, at all costs, should not be missed!