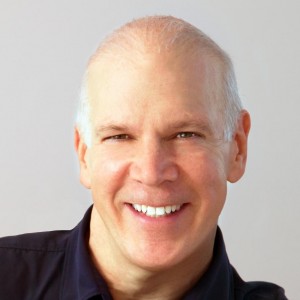 On Stage with David Zippel at The Bijou Theatre June 26th

David Zippel is a highly successful, Tony Award-winning musical theatre lyricist and director with countless well-known works to his name. Many will remember the toe-tapping and fantastic lyrics from Broadway’s City of Angels, and The Goodbye Girl. And for sure, if you’re a young person or a parent of a young person, you’ll know his incredible songs from Disney’s animated films Hercules and Mulan!

In addition to his Tony, Zippel was nominated for two Academy Awards, two Grammy Awards, and three Golden Globes. He also has won a Laurence Olivier Award, two Drama Desk Awards, an Outer Critics Circle Award, an ASCAP Film and Television Music Award, and a New York Drama Critics’ Circle Award. He has collaborated with legends in the music and theatre industries.

As another coup for The Bijou Theatre in Bridgeport, CT, who recently hosted one of America’s most important and accomplished playwrights, Terrence McNally, Zippel will be on hand Sunday, June 26, 2016 from 2 to 5 p.m. for a Master Class/Interactive Workshop which is FREE to all local book writers, composers, and lyricists! After a dinner break, participants can return at 6 p.m. for cocktails, followed by a 90-minute lecture and a Q&A with film clips at 7 p.m. A sweet ending to a memorable evening, dessert will be available in the lobby afterward.

Thank you so much for granting us this interview! We are thrilled to meet and have the opportunity to speak with you and cannot wait for your event at The Bijou this Sunday!

PT: Tell us about your background and your family. Were you exposed to theatre? Was anyone in your family in show business? Were you attracted to music and theatre as a young boy?

DZ: I didn’t have any family who were in the theater. Although when I was a kid my parents acted in a community theater production of Guys and Dolls. Looking back I am rather amazed that they did that. Although they were very community oriented, this was a one-off moment in their lives. But it had a huge effect on me. And my parents took my sister and me to regional theater and to Broadway shows. Our home was filled with cast albums, too.

PT: We know exposure to the arts is so important for children. And it must have been fun seeing your parents in Guys and Dolls. What or whom were your earliest artistic influences?

DZ: At the age of 10 I loved (and continue to love) the Gershwins, Kander and Ebb, Harnick and Bock, Lerner and Lowe, Rodgers and Hammerstein, Cole Porter and, of course, Stephen Sondheim. I was (and continue to be) especially dazzled by the lyrics of Gypsy and My Fair Lady which I listened to over and over. I also was fascinated by the lyrics Jon Hendricks wrote for the Jazz trio Lambert Hendricks and Ross.

PT: They are certainly legends in musical theatre.

We know you had planned during your college years to become a lawyer, and even graduated from Harvard law, but decided not to. Wayne also is an attorney who has a love for creating stories and can totally relate (we are playwrights, authors, producers, and directors). Was there a defining moment when you decided to pursue a music/theatre career? When and what was your musical/theatrical training?

DZ: I knew that I wanted to be a part of the theater before I even applied to law school. It was just my practical side that led me to get a law degree and to pass the bar.  I was lucky to know at an early age that I wanted to pursue writing lyrics for musical theater.

PT: (Wayne) I can relate to that. The principal reason I went to law school was because I received an academic scholarship. Nothing could quell my passion for the arts.

We’ve read about your first foray into writing. Can you tell us about Rotunda?

DZ: When I was a college student at The University of Pennsylvania, a friend of mine, Joe Leonardo, who had been a guest director at Penn and was a professor of theater at Temple University, was hired to direct what was touted as a “pre-Broadway” tryout in Washington D.C. The lyricists of the project dropped out and Joe asked me if I would audition. I did and I got the opportunity to finish what was a well meaning but not particularly fine show. I spent the fall of my junior year going back and forth from Philadelphia to D.C. which was thrilling. The show didn’t go anywhere but I made friends in that production who are still a part of my life.

PT: That sounds like such a great introduction. What did/does your family think of your career path and all of your success?

DZ: My parents were very supportive but a bit surprised. My dad, knowing that I was determined, said, “Go for it.” My Mom, although completely aware of the futility, wished that I would consider writing lyrics and practicing law. I knew that a young associate lawyer in New York was expected to dedicate every waking moment to their well-paid job and I was rightfully afraid of the “golden handcuffs” that frequently accompany those positions.

PT: (Laughs) I know the feeling so well…

What do you consider to have been your “big break”?

DZ: Definitely, getting the chance to write with Cy Coleman and Larry Gelbart.

We know that many other legends in the industry have performed your songs – can you tell us about that and how it feels to hear your words sung by them? And with regard to such memorable Disney animated films in which you’ve contributed, how it feels to have generation after generation of young people loving and singing your songs?

DZ: It is extremely satisfying to have a great artist perform your songs. I have been very fortunate in that regard. I have had the thrill of having my lyrics sung by Barbara Cook, Elaine Paige, Liza, Bernadette Peters, Stevie Wonder, Michael Bolton and the late Nancy LaMott (who was my muse) to name a few. I addition to hearing the best possible interpretation of your work, it is also knowing that these artists chose to sing it.

With regard to Disney: While doing research for writing Hercules early in the process, the creative team went to Greece and Turkey to study the culture. We were all climbing a hill to look at the Hellenic ruins of Ephesus where we encountered several large tour groups of Turkish children. Our guide spoke to theirs and the kids stared chanting a couple of the few English words they knew: “LION KING!! LION KING!!”  The artists in our group who had done character design for The Lion King started doing little sketches for the kids. It was then I realized what a worldwide audience we were writing for and the impact our work might have on generations of families. I am so grateful for that opportunity.

PT: (Stephanie) I absolutely love that story! Love, family, art, music…it all knows no bounds, it all crosses cultures, and generations. Fabulous!!

Can you offer any advice to aspiring lyricists and those trying to break into the business?

PT:  Yes, we know it is so important to make important contacts in the business, but also to get your work off the page. We’ve heard that from so many successful people in entertainment. Can you tell us what is on your future agenda?

DZ: At the moment I am writing a couple of new projects including one with Alan Menken. I have a couple of directing projects and I am one of the producers of Gerard Alessandrini’s Spamilton which we are trying out in NYC this summer.

PT:  Wow! A spoof on Hamilton. What fun that must be! And Alessandrini did Forbidden Broadway. We hope that goes over big.

We always ask a signature last question. We like to ask our interviewees to sum up their lives (personal and/or career) to date in one word.  If you only had one word, what would it be?

PT: Great answer! And we are sure you are – and we are grateful both for all of your wonderful contributions to the arts and entertainment, and are grateful for the opportunity to speak with you! See you at The Bijou! 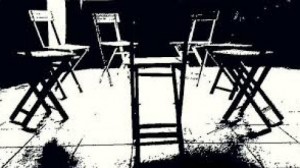 FREE WRITING WORKSHOP GIVEN BY DAVID AT The BIJOU