In the Pillow Talking Spotlight Today is singer-songwriter LIZ LONGLEY and her new video, Can’t Help Myself 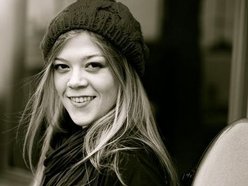 In the short time since her graduation from Boston’s renowned Berklee College of Music, acoustic singer-songwriter Liz Longley has assembled quite an impressive resume.

While best known for her stop-you-in-your-tracks voice, Liz has quickly built a reputation as an accomplished songwriter, crafting intimately personal portraits through her music.

Liz’s ever expanding fan base is not the only group to acknowledge her talent.

In 2010 alone, Liz took home top prizes at some of the most prestigious songwriting competitions in the country; the BMI John Lennon Songwriting Scholarship Competition, the International Acoustic Music Awards and the Rocky Mountain Folk Fest Songwriting Competition.

While she has frequently opened shows for and been compared to established artists such as Mindy Smith, Nanci Griffith, Paula Cole, Livingston Taylor, Amos Lee, Shawn Colvin, Colin Hay and America, it is becoming clear that Liz has come into her own as a performer.

The Washington Post declared that she is “destined to a bigger audience,” Dig Boston called her “a rising acoustic sensation” and even John Mayer is a fan, calling her music “gorgeous, just gorgeous.”

Executives at Sirius XM caught wind of Liz’s cover of Van Morrison’s hit “Moondance” and added it into regular rotation, along with her award-winning original song, “When You’ve Got Trouble.”

Her songs have been used in multiple television and film projects including the ABC series NY Med, ABC’s Switched at Birth and MTV’s Scream: The TV Series. Her song “This Is Not the End” was showcased in the grand finale of the series Army Wives.

Liz is currently touring the country in support of her fifth and most recent album, Weightless (Sugar Hill Records) and currently lives in Nashville, where she’s been collaborating with some of Music City’s notable songwriting talent. She has co-written with Amy Stroup, Phillip LaRue, Peter Groenwald, and Blake Stratton.