Pillow Talking Announces Publication of GOING ALL IN by Stephanie C. Lyons-Keeley and Wayne J. Keeley

Someday Productions LLC and Pillow Talking are pleased to announce the publication by Melange Books LLC of GOING ALL IN by Stephanic C. Lyons-Keeley and Wayne J. Keeley 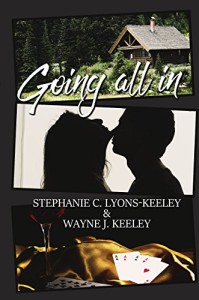 Wife-and-husband creative team Stephanie Lyons-Keeley and Wayne Keeley are at it again. Among their varied projects is a novel titled Going All In which was officially released Tuesday. The book, much of which takes place in Danbury and New Fairfield, CT and was coauthored by the duo, has been released by boutique publisher Melange Books and is available in both electronic and print formats.