Someday Productions LLC and Pillow Talking are proud to present this review of Nosferatu–The First Vampire by Geno R. Cuddy. 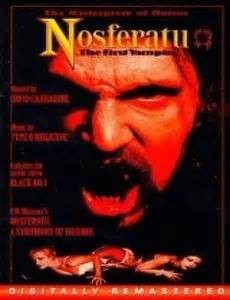 I don’t think any artist sets out to intentionally create a cult classic. When I think of cult classics, I think of George Romero’s Night of the Living Dead, Herk Harvey’s Carnival of Souls or The Rocky Horror Picture Show. So when people tell me that Nosferatu—The First Vampire, the program I created, is a cult classic, I smile politely and thank them but I have a hard time believing it. And yet, Nosferatu—The First Vampire does have all of the indicia of a cult classic: it has withstood the test of time (or has “legs” as we would say); it has countless fans and new fans continue to discover it (thanks to the Internet); it is still being sold (although I haven’t seen a dime in twenty years); and it is still being discussed, praised, and criticized.

When I created it, I merely had considered what the silent filmmakers of yesteryear would do if they had some of today’s cinematic tools. So we proceeded to digitize and tint the old print we had; enlisted Type-O Negative,  one of the top Goth bands of the time, to do the score; and had actor David Carradine host it (his father, actor John Carradine, made a name for himself in countless horror films).

Irony of ironies, a while back I was contacted by a fan named Geno Cuddy who wanted to interview me about the program. I came to learn that Geno was so much more than a fan. He is, in fact, an authority on all things relating to Murnau’s Nosferatu, including my version. He built a great Facebook fan page for the program and we now are closing in on 1,000 likes. It is because of Geno and fans like him that we intend to rerelease the version with rare photos never before seen as well as other special features. Geno’s bio is included below. Thank you, Geno for keeping the vision alive — WJK

As many who know me know, I am a fan of F.W. Murnau’s 1922 classic “Nosferatu: A Symphony of Horror,” it is a silent film based on the celebrated novel “Dracula” by Bram Stoker, and starring Max Schreck as the vampire.

I first discovered “Nosferatu” when I was in 6th grade, first in a book given to me on classic cinematic monsters and then on a taping of the film on the Turner Classic Movie channel. I was floored by it.  It was my first experience with silent films. 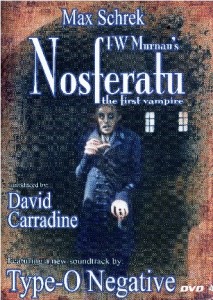 After six years of having not seen the film, I rediscovered it on DVD.

It was an edition called “Nosferatu: The First Vampire.”  It stated on the cover that it was hosted by David Carradine, an actor famous for appearing in the television series “Kung-Fu.” 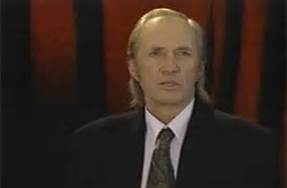 The program also had music by a band named, “Type O Negative”. The DVD was given to me by an English teacher  who knew me pretty well. 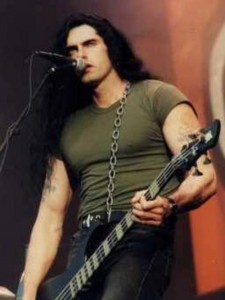 As soon as I got home from school I popped it in and I was both terrified and seduced at the same time. You see, I consider myself something of a metalhead, and I just fell in love with the presentation. It also contained a picture of Max Schreck out of makeup, the first time I ever saw the man without the terrifying disguise. 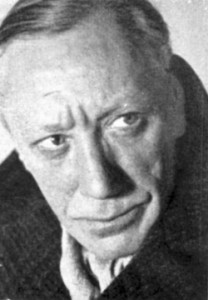 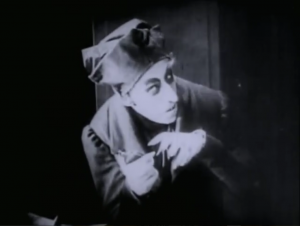 The music just went with it, and it was a magical experience akin to Giorgio Moroder’s infamous 1980’s reimagining of “Metropolis”, another favorite of mine. My favorite part of the film was when Hutter, played marvelously by actor Gustav von Wangenheim, is transported to Count Orlok’s castle. The ghastly carriage speeds to pick up the young hero, and as he enters the terrifying vehicle, Peter Steele growls on the soundtrack, “Oh you are dead now!”. I was fascinated by the synchronicity of the 1990s track to the jittery and scratchy 1922 film. It was a match made in Hell.

Three years later, I contacted Wayne J. Keeley, the man behind this edition, and asked him if he wanted to be interviewed on the film. I am proud to say that we are now the best of friends and am very proud of him and his wife, Stephanie, with all of their projects online and off. I hope to meet Mr. Keeley and company someday, and perhaps view Wayne’s masterwork on a nice HD television, with 5.1 surround, a bowl of popcorn and the track up loud.

Thanks for having me aboard the blog, it is an honor! 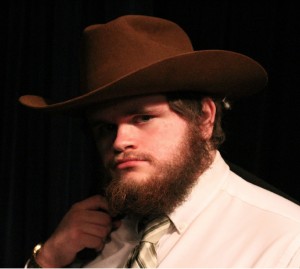 Geno Cuddy is an authority on all things relating to Murnau’s Nosferatu, a silent film buff, a graphic designer, and writer. He is the  host of the cable show “Geno in the Evening.”  Geno has collaborated on many projects with notables in the film and entertainment industry.