Someday Productions and Pillow Talking are proud to present this exclusive interview with Paul Petersen. 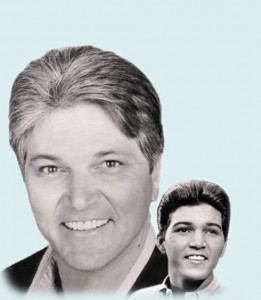 Even before his long-running stint as Jeff Stone on The Donna Reed Show (1958-1966), Paul was a talented child actor who worked with the likes of Cary Grant and Sophia Loren.  The world watched him mature during his eight years on the show into a teen idol and recording artist.  But Paul is so much more than that.  Author, spokesperson, and ardent child-rights activist are just some of the career hats he wears.

PT: Paul, thank you for granting us this interview. We know you have been interviewed countless times, but we hope we can cover some new and old territory.

So here is the first curve: What book presently is on your night stand?

PT: What is your favorite film of all time?

PP: I have several “favorite films” that I will watch any time and from any point in the movie:  Shawshank Redemption, The Sixth Sense, Citizen Kane, It’s a Wonderful Life… 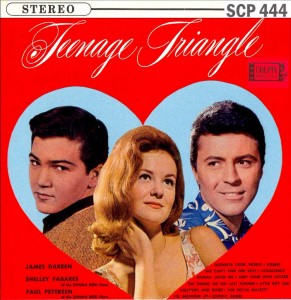 PT: There is a great scene in the 2014 film Begin Again where Mark Ruffalo and Kiera Knightley listen to each other’s songs on their iPods. They say you can get to know a lot about a person from their selections. What are some of the songs on your iPod? (BTW our iPod actually has the song you did with James Darren and Shelly Fabares back in the 60’s.)

PT: You have been an advocate for child actors for years. Can you tell us what the status of your organization, A Minor Consideration is today?

PP: A Minor Consideration is alive and well, even though I have semi-retired.  A new generation of former child stars (200 in all) has taken over the organization.  I’ve been kicked “upstairs” and help the new president, Scott Schwartz, as much as I can.  Our first-ever gala was a big success.

PT: Way back when, we had movie theaters and the three big television networks. Today we have podcasts, webisodes, countless cable channels – even Amazon, Netflix, etc. producing their own content. How has the proliferation of these media platforms affected your work as an advocate for children’s rights?

PP: The proliferation of our media and all its platforms has increased our work because children are being utilized in so many productions across state and national boundaries.  Remember, in America, kid actors are EXEMPT from national child labor laws and have been since 1938 (Fair Labor Standards Act) and if you work in the wrong state you are at risk.

PT: After your work on The Donna Reed Show and various guest appearances on other television 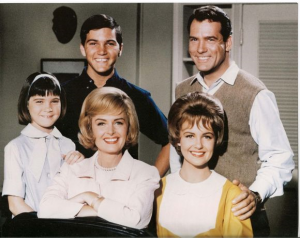 shows, you went to college and earned a degree in English. Tell us about going to school after being a teen idol for so many years.

PP: School was a challenge.  My English professors recognized the uniqueness of my youth and thought it brought a fresh perspective.  My history teachers didn’t much like me (too conservative for their tastes).

PT: You also penned 16 books. Do you still write? Are they still available? How did you get into writing and what were the challenges? Was it entirely different than your other entertainment pursuits?

PP: I write all the time as those who follow me on Facebook can attest.  Amazon.com has most of my titles though they are long out of print, except for this year’s My Dad book containing many of the letters people have sent me over the years.  Writing is more satisfying than being a performer…but nothing compares to the pride I have in A Minor Consideration.  Read some of the essays available at http://www.minorcon.org.

PT: We love the idea of the phoenix – the mystical bird and symbol of resurrection. It seems that you certainly have reinvented yourself time and again. Would you agree?

PP: I agree that I have tried my hand at many things…because that’s the way I am.  It’s not that I get bored, it’s just that new things come to my attention.

PT: We know you’ve been asked this one, but what was it like working in television and being 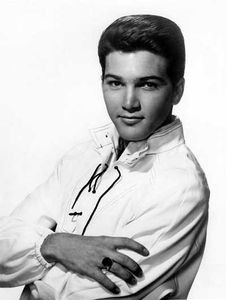 recognized wherever you went?

PP: I was always comfortable with fame, although mostly it’s just a big ball of gas.  If it is notoriety that gets me in the door to our political leaders then I’m glad I have it.

PT: If you had a time machine, what would you go back and change – if anything?

PP: Remember the Kate Smith song?  “If I Had My Life to Live Over”???  We are, all of us, connected to the daily events of our lives.  I’m sitting here a product of all those days.  There’s not much I can change…nor would I.

PT: We know that Bill Mumy keeps in touch with many of the actors he’s worked with in the past. Do you still keep in touch with those whom you’ve worked?

PP:  I keep in touch with literally hundreds of former kid stars…and all those people (like Shelley Fabares) who are still alive.

PT: Tell us about your relationship with the great Mickey Rooney.

PP:  Mickey Rooney and I were born on the same day, twenty-five years apart.  It was he who came to my house in 1969 (uninvited I might add) and told me to “Get out of town.  Get your education, and don’t come back here for twenty-five years ’cause they won’t let you work!!!”  How did he know?  It happened to him.

PT: What actors were the biggest influences on you when you were a young actor?

PP:  Cary Grant, Donna Reed, and Carl Betz were my most enduring influences. From Houseboat — Paul is far right.

PT: Tell us about the actors and/or entertainers with whom you most enjoyed working.

PP:   I don’t think my greatest reward has yet arrived.  When they pass national uniform child labor laws for kids that might do it.  I’ve been disappointed a few times, but then again, too few to mention. 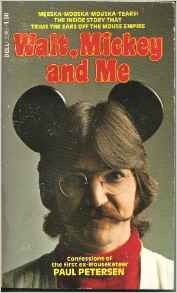 PT: What was the best advice you ever received?

PP:  Mickey Rooney’s advice would be hard to beat (see above).

PT: What has been the worst criticism?

PP: Jay Bernstein once told me I tell too much of the truth too often.

PT: What advice would you give young actors just starting out?

PT: We read that you were quoted as saying “I became an actor because my mother was bigger than me.” What if you had been bigger than she was?

PP: When I did get “bigger than my mom” I was able to stop her from making me take lessons.  Mind you, this was at the beginning of our third season.  “Mom,” I told her.  “I’ve got the damn job.”

PT: We see from your IMDb page that you still act from time to time. Can you tell us about any 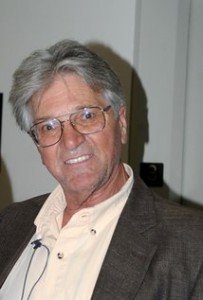 PP:  I perform now and again for the fun of it.  I’m doing two radio shows this month…

PT: What do you watch on television (and that includes all media platforms such as Netflix).

PT: What is on your future agenda, both personally and professionally? What haven’t you done that you’ve always wanted to do?

PP:  I want to attend the Kentucky Derby and the Formula One race in Monaco.  I’m planning on seeing my second solar eclipse in August 2017.

PT: Is an autobiography in your future?

PP:  An autobiography is always in the works.  Just need a few more people to die.

For more information about Paul, please check out his official website at http://www.paulpetersen.com/