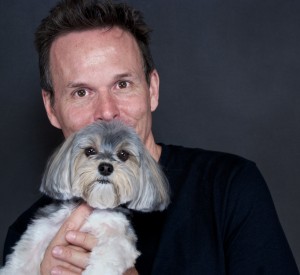 Ken has been the Artistic Director of Manhattan Repertory Theatre in New York City for the past ten years. Ever self-effacing, he introduces himself as the “janitor” but in reality, Ken is a generous, creative artist who cares deeply about the importance of live theater and the arts. Manhattan Repertory Theatre is an institution; countless plays, playwrights, and actors have passed through its doors. One can find playwrights and directors both new and seasoned, many of whom have substantial and impressive credits, who are given a forum and a place to showcase or workshop their art. As an added bonus, you never know who will be in the audience! Oscar Award-winning actress Meryl Streep along with Emmy Award-winning actress and comedienne Tracy Ullman, as well as Tony Award-nominated actress Jennifer Damiano have been just a few of its more recent patrons. Do we sound biased? Absolutely! We produced four runs of three different plays at Manhattan Rep within the past year. What an amazing experience which we would highly recommend to everyone!

Now take it away, Ken…

Stories are important! Real-time stories where people sit, watch, and listen. Times are changing. Because of TECHNOLOGY, the world is different, and because of that, theatre and real-time story-telling is more important than ever!

About a year ago, I attended my 13-year-old nephew’s birthday party at a big, crazy, amazing restaurant out on Long Island. His mother must have spent thousands of dollars for this party. There were maybe 60 people total, and the food was friggin’ amazing. The “adults” sat at two very long tables and my nephew and his friends sat at another long table alongside the “adult” tables.

I was chatting with my “father- in-law” about how amazing the gnocchi was when I glanced over at my nephew and his friends at the “kid” table…and I was stunned. The entire table was silent. They were sitting around as if they were hypnotized, or newly indoctrinated into a cult or something, staring into their iPads and their iPhones. Every single last one of them! Not one was eating or getting into trouble. They just sat there staring, almost zombie-like into their SCREENS.

Now, I love my iPhone and my iPad. I actually sleep with my iPhone. (Did you know that 70% of people with smart phones sleep with them?) But to forsake human interaction for digital interaction is frightening. Are we becoming so detached from human interaction because of Facebook and texting and FaceTime? Do we see people more as their AVATARS as opposed to who they really are? What is happening to HUMAN face-to-face-in-the-same-room interaction? If the next generation totally embraces this digital world, will some of our humanity get left behind?

I just heard about a study on smart phone digital communication. The study concluded that people are becoming less empathic to others because of so much digital “connection.” People actually are starting to view and deal with people as if they are just AVATARS, not real, living breathing humans. And who really cares about an AVATAR? That’s just a digital snapshot.

Is this just me? Or is this really scary?

That is where theatre comes in. Especially OFF OFF BROADWAY INDIE theatre at a place like Manhattan Rep. There is nothing digital here (except the way that I run tech rehearsals). It is about people telling other people stories in REAL TIME. Not a movie or a game on a digital device, but honest real-time stories. And there is something magical that happens when human beings share stories in real time in the same space. There is an energy exchange that happens that is real-world MAGIC. And that energy exchange can be transformational and profound. There is nothing like it. Even the best movie can’t compare to a great performance of a well-put together play. It can be life-changing, but it is ALWAYS life-nurturing for theatre is almost always about connecting – real people in real time with real people. Humans connecting with humans. In the same place, same time. Telling and experiencing stories!

So if you find most of your connecting in life is online, come back to the theatre. Come tell a personal story or just experience one. Come celebrate human connection again.

And help save humanity!

For more information check out Manhattan’s Rep website at http://www.manhattanrep.com

Ken Wolf is the artistic Director of Manhattan Rep and the author of over 20 plays. He has also directed over 50 productions including The Tempest, A Midsummer Night’s Dream, The Three Sisters, Tales of Terror, Men, The Match Game, and The Eyes of Love.

At Manhattan Repertory Theatre, since 2005, Ken has produced over 1000 full length plays and over 800 short pieces.

As an actor, Ken has portrayed such roles as Mozart in Amadeus, Vershinin in The Three Sisters, and Biff in Death of a Salesman.

Ken’s one-man play The People in my Hips was hailed by Martin Denton of nytheatre.com as being “unlike any theatre piece I have ever seen.” And Lise Avery of Anything Goes!! internationally syndicated radio said “THE PEOPLE IN MY HIPS is one of the most extraordinary pieces of theatre I have seen on or Off-Broadway in years. Mr. Wolf’s script is nearly flawless in its eloquence and is one of those rare pieces of work that reminds us of our common humanity. Mr. Wolf’s one-man performance is exquisite, inspiring, courageous and beautifully constructed.”  Recently, Ken received rave reviews with his amazing 7 lb morkie Roma Pierro-Wolf, in his play Dad and the Dog, New York City’s first one-man one-dog show.  He is a passionate teacher and creative artist.

Ken lives with the incredible Jennifer Pierro and the adorable Roma Pierro Wolf in Manhattan.