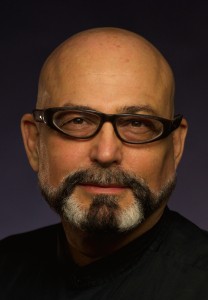 Franco Moschetti is a well-known figure in the Off-Off Broadway world.  He is a playwright, actor, director and the founder of two prestigious theatre festivals:  Thespis and Venus/Adonis. A more detailed bio follows our interview.

PT: Franco, thank you so much for granting this interview.  Who were your early influences?

PT: This may be an unfair question: What are your five favorite plays of all time?

FM: Death of a Salesman, A Streetcar Named Desire, Who’s Afraid of Virginia Woolf?, A Raisin in the Sun, and The Crucible.

PT: What was your motivation for creating the Thespis and Venus/Adonis Theater Festivals?

FM: To finally create a platform in NYC where all playwrights could to be treated with respect, and appreciation, and to make them feel proud to be writers. And to offer the best venues and tech setup that is available in the Off-Off circle of festivals…no more dumpy and crappy, small, humid venues with 20 folding chairs and 10 lights on the grid. Our set up is for an Off-Broadway run.

PT: What has surprised you the most in that process?

FM: How difficult it was to set it up, but equally how much reward we receive by the gratefulness of the playwrights we host.

PT: What do you think sets the Thespis and Venus/Adonis apart from other theater festivals?

FM: It is simply the most humane, easy, and supportive festival you can ever dream about – and that is it.

PT: What interesting stories can you share about your experiences working with such a diverse group of playwrights and their original plays?

FM: The incredible and always new ways that the participants in these productions solve problems…from staging to paint brush lights…everybody has his/her own ideas so it becomes a forum where we all benefit from the combined effort and inventiveness.

PT: Have there been any plays which have gone on to great success after your festivals?

FM: Sure. “The Other Mozart” is one of them.

PT: What advice do you give new playwrights?

FM: Put your work on stage ASAP…only in this way can you learn to detect your imperfections and improve your skills….staging only allows you to polish and re-write your masterpiece. Festivals are a great way to start putting it all together and also keep moving forward…we welcome new playwrights in our festivals.

PT: You are a multi-hyphenate having produced, directed, written and acted in the past. Is there one hat that you prefer?

PT: Has that changed for you over time as you have accomplished all of these things?

PT: Yellow Were the Stars on Earth is a play in which you wrote, directed, produced, and acted. It is a play about WWII, Germany, and the Holocaust and ran for six weeks Off-Broadway to critical acclaim. Can you tell us a more about it and that experience? 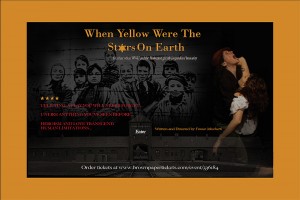 FM: It was an incredible journey…somehow transcendent and uplifting. There was so much love and heroism on stage even though it was under the shadow of the horror and tragedy of the Holocaust….many audience members sat there, motionless, when the play was over, sometimes for longer than five minutes. It was and is always good for everybody to feel that pain…a reminder of how lucky we are in our lives today and how much forgiveness we need to be able to survive the past as a collective human race.

PT: Do you have any future plans for it?

FM: I’m currently writing a screenplay of the play.

PT: What impact (if any) do you see that our social media-driven world has on live theatre?

FM: Not much in my opinion…

PT: What book or books do you have on your nightstand?

PT: What was the best advice you ever received?

FM: Never succumb to despair and loss…what doesn’t kill you makes you stronger

PT: What was the worst criticism?

FM: You learn more from criticism then from praise.

FM: To write more screenplays and stage plays as long as I live and breathe

PT:  If you could sum up your life in one word, what would it be? 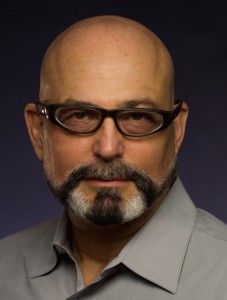 Franco is a well-known figure in New York City’s off-off Broadway world. One Google search will describe his achievements in creating fertile environments for playwrights and producer to stage their original work. Franco has also organized a large number of artistic events in several countries throughout Europe and in New York City, including theatrical marches in NYC’s Gay Pride Parade in order to raise funds for AIDS research. He founded two Theater Festivals – Thespis and Venus/Adonis which host of over 350 shows, including musicals, dramas, comedies and live concerts. Host of humanitarian events, concert and Christmas clothing drives.
2014: Playwright/Director/Producer/Actor: When Yellow Were the Stars on Earth, 6 weeks, off-Broadway run, well-reviewed – yellowstars.org

2012: Director/Actor: That Is How I Left, New York -well-reviewed – http://thatishowileft.com/

2005: As Vice President of The One Foundation, organized under the supervision of Armondo Acosta over 200 people in an elaborately choreographed, theatrical re-creation of the Money scene from the movie Cabaret; received front-page coverage, Daily News.