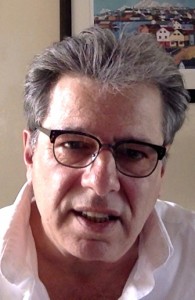 John is a true dramaturg, having been involved in theater on the local, regional and professional levels for over 50 years.  He is an award winning actor, writer and theater critic.  He has interviewed such icons as Rod Steiger, Melvin Belli, Marcel Marceau and James Dickey.  He also is a practicing attorney.  A more detailed bio follows below.  John’s informative article is a must read for all playwrights as well as anyone interested in the theatre.  Pillow Talking is looking forward to more articles from John.

The Secret to Getting Your Play Produced

So you’ve written a play and want to see it produced? What to do? Well, you can send your work to theater companies. Example: Playwrights Horizons, a well-established theater arts venue in New York City, accepts unsolicited manuscripts. Their response time is six months. Alumni include Wendy Wasserstein and James Lapine.

Or perhaps the Eugene O’Neill Theater Center Waterford, CT is more to your liking. There is a month-long gathering of playwrights every summer and they accept unsolicited manuscripts. Their website advises that “Each year we accept scripts from any playwright for consideration in our summer landmark event. The O’Neill typically receives approximately 1,000 scripts during this month-long window. The plays are sent to readers across the country; the work is read blindly and narrowed down into a semi-finalist pool and then a finalist pool. This process is maintained by our on-site literary office and is monitored carefully.”

The obvious problem with the foregoing is that the competition is fierce and opportunities few, leaving thousands of playwrights in search of a theater in which to present their work. Also, the foregoing are professionally inspired efforts – there is no comparable effort on the local theater level.

So why aren’t our community theaters cashing in on this playwriting bonanza? Given that many of the same works are being produced time after time by our local theaters, original works would seem to be a welcome change. Yet there are few local theaters in Connecticut producing original plays. It may have something to do with the subject matter of the plays.

The Secret To Getting Your Play Produced: There are notable exceptions to the dearth of original works being produced by local theaters. The Warner Theater in Torrington, Connecticut has a One Act Play Festival every year.

Also the Hole in the Wall Theater in New Britain has a speed playwriting festival called the “24 Hour Show.” Seven playwrights write and produce their works in a 24-hour period. They also are producing original works, having just finished the original musical Lint.

One reason there may be reluctance to produce original works is that local theaters need to draw in audiences and name recognition is everything in the play selection business. Putting original plays on the season’s docket is risky business in all but the very well-subscribed and attended theaters.

However, with proper marketing and subject matter selection, original plays can be promoted in such a way so as to engage the public’s interest thereby assuring solid ticket sales. Playwrights need to have their plays produced, whether as full productions or staged readings. Getting your play produced is very much a function of networking and knowing people in positions of influence, for example producers, directors, board members or local politicians.

The biggest factor, however, in getting your play produced locally, just may be whether it is relevant to the experience of the people in the community.

Writing plays that reflect the experiences of community members may find a home in local theaters more quickly than plays dealing with less familiar themes. In Stamford, Curtain Call Theater has repeatedly brought back its very popular original production, A Merry Mulberry Street Musical, which sells out all of its performances any time it is produced.

Mulberry Street has been a presence in the community going back to a 1939 production which featured, among others, Michael Pavia, father of the Stamford mayor. Also in that production were Current Artistic Director Lou Ursone’s father and great uncle, as well as former Stamford Mayor Louis Claps, a cousin of Carole Claps, who has appeared in the production.

Another local playwright who had plays produced in Stamford was Al Obuchowski. In 1980 he was the resident playwright at the Kweskin Theater under Al Pia. He staged many plays there, winning a Conference Award and a Polonia Award for his work about oppression in Poland.

As an unknown playwright, the key is to break through somehow. Plays about the experiences of a given community or of a people will find an easier time of getting produced in that community. After getting your foot in the door, you can offer other works with a more universal appeal.

A good example of this approach is the Gloucester Stage Company. For 36 years the Gloucester Stage Company has found a home for original plays in the blue-collar fishing village of Gloucester, Massachusetts. Many of their offerings are plays that in some way touch upon local experiences, settings, and themes of the community. Gloucester Blue (written by co-founder and renowned playwright Israel Horowitz) was presented in 2015 and Albatross, based on The Rime of the Ancient Mariner is on the schedule for 2016. The Gloucester Company has grown into a theater with over 30 world premieres, several Broadway plays, and a full program for aspiring playwrights, all the while blending locally-themed works with more universal scripts.

History is a great teacher and guide. Perhaps we need to dial back to the 1980s and the Kweskin Theater’s resident playwriting concept: encouraging playwrights to become a part of the theater while writing their plays.

John Lino Ponzini has spent over 50 years in the theater at all levels.

Mr. Ponzini began acting at the age of 9 and has been involved in theater on the local, regional and professional levels for over 50 years. The Doyenne of Theater Critics, Irene Backalenick, in a Backstage review stated, “Mr. Ponzini is a first class performer. Like a breath of fresh air.” Recently, he played Joe Keller in All My Sons at Curtain Call’s Dressing Room Theater Stamford, Connecticut where he first appeared in 1975 under the legendary Al Pia. Other recent offerings include Alfieri in Arthur Miller’s A View from the Bridge, Max in the musical Sunset Boulevard and Mayhew in Witness for the Prosecution- all at the Warner Theater in Torrington CT. Trained at the American Academy, Neighborhood Playhouse, 92nd Street Y.M.H.A. and later at Bard & Catawba Colleges. At Catawba he was the recipient of the Best Actor and Best Supporting Actor Awards. He also won The Critics Choice Award in Readers Theater for Writing and Directing “The Wedding” at Florida Tech Univ. awarded by Dr. Melvin C. White author of “The Readers Theater Handbook.” He was the Theater Critic for The Ionian where he wrote numerous reviews of premiering Broadway shows. He has interviewed, among others, Rod Steiger, Melvin Belli, Marcel Marceau and James Dickey. His articles have also appeared in numerous publications over the years. As a young man, he apprenticed at The State Theater of Kentucky, Pioneer Playhouse where he befriended and worked with Jim Varney. He has been trained or directed by Morris Carnovsky, Irma Jurist, William Driver and Mark Epstein, among others. Some other roles include Strauss (Titanic), Harding (One Flew over the Cuckoo’s Nest) Nathan Detroit (Guys and Dolls) Best Man (Troika). At the Rainbow Theater (Touch of Spring and They Knew What They Wanted) At Bard, Oswald (King Lear) At Catawba Berenger (Rhinoceros), Miller (Room Service), Thurber (Thurber Carnival). Westport, Billy Flynn (Chicago) He was a Varsity Debater and winner of the Top Speaker Award at the Univ. of Toronto International Debate Tournament. His undergraduate degree is from Iona College where he was the recipient of the Philosophy Medal. Mr. Ponzini also holds a Juris Doctor Degree from Benjamin N. Cardozo School of Law, Yeshiva University and has been a practicing attorney in Connecticut and New York for 32 years. He has served as a Bar Delegate, Elected Representative for the City of Stamford, and Outside Counsel to Connecticut Attorney General Second Injury Fund and Special Public Defender for Habeas Corpus Matters. Currently he is writing a novel “1960 Something.com” and a play “Irish Mob”. Above all, he is the proud father of a gifted daughter, Maya Faye Ponzini.