Someday Productions LLC and Pillow Talking are thrilled to offer FREE TICKETS to the JOHNNY WINTER ALL STAR BAND at The Ridgefield Playhouse August 19th. All you have to do to enter is send an email to PILLOWTALKINGWIN@GMAIL.COM. Four winners will be chosen at random. Announcements will be made via email by August 15th. 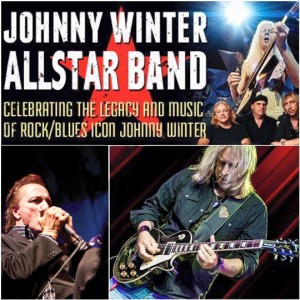 This is an incredible show. Details are provided below. Read Pillow Talking’s Interviews with Grammy Award Winner Paul Nelson and blues great James Montgomery, both of whom will be performing. 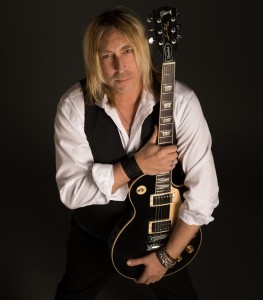 If you were lucky enough to be here for any or all of Johnny Winter’s performances, you will NOT want to miss this amazing tribute to Johnny by a veritable who’s who of his former bandmates, all bona-fide rock stars in their own right! Come together with Johnny’s band members  Paul Nelson, James Montgomery, Bobby T. Torello and Scott Spray as they tear thru a barn-burning set of Johnny’s classic material, some deep cuts, mixed in with some surprises along the way.

Paul Nelson received a Grammy  for Johnny’s final, #1 Billboard Blues charting album “Step Back”, which Paul produced and performed on. He was Johnny Winter’s protégé and is considered one of today’s top guitarists. He has recorded alongside  Eric Clapton, Billy Gibbons, Warren Haynes, Joe Perry, Ben Harper, Derek Trucks, Sonny Landreth, Joe Bonamassa and countless others.

James Montgomery was with Johnny as his harpist and vocalist, of which the Nashville Tennessean wrote “If ever the time came to use two “legendary” tags in one story, it is to describe both Winter and Montgomery. They are blues masters of the first and highest degree”  He has toured with Aerosmith, Bonnie Raitt, Bruce Springsteen, the Allman Brothers, Steve Miller and has jammed on stage with B.B.King, Buddy Guy, and John Lee Hooker, Jr.

Bobby T. Torello started performing with Johnny in the 70’s and made his name as a drummer with impeccable time, who got the call from bandleaders of all kinds when they needed someone to be rock solid on the back end, but still blow people’s minds with a solo – everyone from Michael Bolton to Grace Slick to Black Oak Arkansas

Scott Spray has played bass on hundreds of albums and toured with countless artists as well as recording for national tv on HBO and films. He has worked with a list of artists such as Edgar Winter, Matt “Guitar” Murphy and Felix Cavaliere & The Rascals and many many more…

This is an amazing chance to get together and celebrate the legacy of one of the greatest Blues Guitarists of all time! If you’re a fan of Johnny and/or Blues and Rock in general, you can’t miss this!

SEND EMAIL TO PILLOWTALKINGWIN@GMAIL.COM FOR YOUR CHANCE TO WIN!