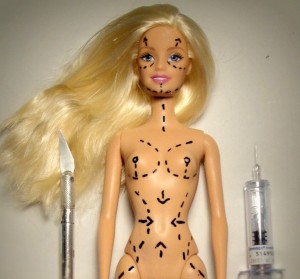 I nearly caused an accident as I choked on my coffee the other morning while driving home from dropping my fifth grader at school. Our local DJ, Rich Minor of 98Q, was discussing the recent tumult about the new diverse line of Barbie dolls – that morning’s fodder for what is relevant and current in pop culture and beyond. 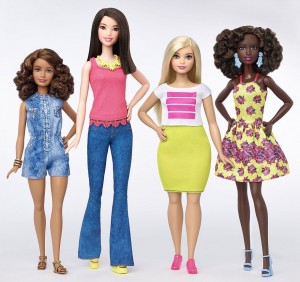 So if you haven’t heard, this is what it’s come down to – Mattel has introduced their new Barbies who will have differing body shapes and sizes – original, tall, petite, and curvy; they also have dolls with seven different skin colors, 22 eye colors, and 24 hairstyles including mohawks, afros, braids, curls, and some pretty funky colors. But this debate (read: debacle) if you will, is – in my opinion – ludicrous. Are people REALLY up in arms about dolls? About diversity? This is 2016 – are we or are we not striving for equality, tolerance, and acceptance of all people? And is anyone REALLY arguing the merits of promoting a toy which represents differing and realistic body images to our impressionable, media-obsessed youth? As far as I know, when Ella, the “Chemotherapy Barbie” came out, people embraced her for being a paragon of positive self-image to assist young cancer patients who felt different from their peers. While not to this extreme, Barbie’s new line can offer something essentially similar, sending the message that we are all different and that is okay. 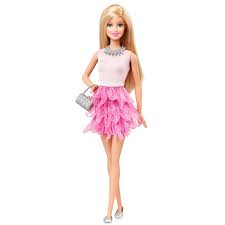 As defined, a doll is a small model of a human figure. Original Barbie, who for decades had been the iconic doll of choice for girls since 1959, is considered by many (including child psychology experts) to be a misrepresented image of unattainable beauty with the too-long legs, too-long neck, too-small waist, etc., etc. And despite some Barbies through the years who may have had different hair colors and skin colors, Barbie basically always has been Barbie, cut from the same mold; there were no differences in her features relative to the race or ethnicity which her darker skin may have represented. But now Mattel has decided to diversify – and in doing so, has many consumers upset about it. Umm…

In my experience as the mother of two girls, I admit that my now 19-year-old daughter Kylie’s first doll was a Barbie – and I bought it for her. But when the competition, Bratz dolls, came onto the scene – forget it, she became a Bratz fanatic. Later my daughter Chayce, now 16, also was a Bratz devotee. They loved the unique dolls and in great part it was because there were several dolls in the line all who had differing looks, albeit limited to skin and hair color and facial features.

Why did my girls stray so far from Barbie as soon as they had the chance? And were my daughters somehow unusual? Most Barbies looked exactly the same; and to them, same was boring. Playing with Bratz was quite different than with bucket full of identical blonde, blue-eyed dolls whose only difference was the clothes she happened to be wearing. Doll play can and should be about creativity and imagination, but there was nothing imaginative about an army of doll clones unless you were playing mad scientist. 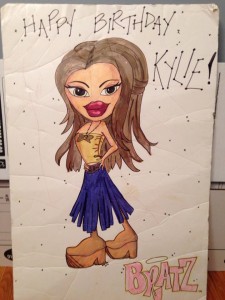 First of all, people come in all shapes, sizes, and colors, and that even was reflected in my children’s real-life friendships as early as preschool. When my daughters played with their Bratz, they had every one, rather, multiples of every one – the girls, the boys, the babies. And as a matter of fact, Kylie’s favorite girl was Sasha, who happened to be, as described on WIkia: “…of African-American and Canadian heritage. Her skin is dark brown and it sometimes look[s] like it is deeply tanned.” Indeed, Sasha was the theme of Kylie’s 9th birthday party. But no matter what, my girls neither chose dolls who looked like them (Kylie was strawberry blonde, fair and brown-eyed and Chayce was platinum, fair and blue-eyed) nor did they think they needed to. The dolls represented an imaginary type of friend and playmate rather than a straight representation of the girls themselves. But in truth, had they chosen dolls which resembled them in some way, that would have been fine, too. Surely this accounts for the bazillion dollars parents have been spending on American Girl’s Truly Me Dolls or the My Twinn line.

There is a difference of opinion about whether playing with the original, too-skinny Barbie might cause low self-esteem or body image issues. With the few extremes on record such as Ukranian Valeria Lukyanova who has had breast implants and likely also has had ribs removed as she strives (and often succeeds) to look like Barbie; Jenny Lee from Austin, TX who has had 59 surgeries to become Barbie; and Californian Blondie Bennett who spent $38K alone on 38JJ breast implants and also has had Botox, lip fillers, and hypnotherapy to become “brainless” – like a Barbie doll. But these few women (and there are others, as well as men who want to look like Ken) are really the exception. But no matter what, Barbie essentially is and before now, always was the quintessence of the plastic woman (literally and figuratively) – and she is certainly not the every woman (or every girl, for that matter).

In my experience, in life (and in doll-dom) the world is a rainbow and people comprise the beauty of the colorful arc.

I have taught my children to embrace all people and celebrate each and every one of our unique qualities and heritages. But we also should love ourselves. So if Mattel’s decision to create a Barbie line that gives young girls the special opportunity to #1: choose a doll who looks like her; #2: to select one or multiple dolls who DON’T look like her so that they can play pretend with “friends” who are different (albeit only on the outside); or #3 EVEN if – oh, my, yes, she’s going to say it – a BOY wants a Barbie, especially one from this line – then let her or him decide, on their own, which they want. And for God’s sake, let them be children, let them be uncensored, and let them PLAY!!

I feel like Matthew McConaughey at his acceptance speech for the Oscars – “All right, all right, all right!” So Barbie now comes in different sizes. So what? It’s trending everywhere even taking top slot over the presidential debates (hmmm…maybe that’s a good thing).

Due to declining sales over the last several years, Mattel decided (as a business decision) to inject new life into the iconic doll by offering her in different sizes and shapes. Specifically, petite, tall, and curvy Barbie will join the classic one. They also will be offered in various skin tones, eye colors, and even different facial structures.

There is an incredibly sharp divide between the Barbie Classic Camp and the Barbie Diversity Camp. The subject recently was discussed in a New York Times article. But what was more interesting than the article were the online comments including the following from actress Kirstie Alley:  “I’m glad I was raised in the 50’s when a doll was an object, not a role model, & boys could call me a cootie without going to the principal.”

With all due respect to Ms. Alley, I do not believe that toys were or are ever looked at by children as role models.  Toys are objects that serve the creative imagination of children.  If anything, the children playing with the toys are the role models for the actions of the toys. Obviously, one who smashes Barbie to smithereens is not being a good role model to the toy or to other children at play.

You may say I am a male — so how could I possibly understand? 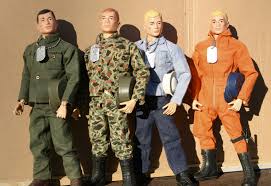 I was raised when G.I. Joe was introduced into the market in 1964. He was an instant success and within two years he accounted for the majority of Hasbro’s profits. Hasbro released four G.I. Joe figures (the name inspired by a 1945 film about war correspondent Ernie Pyle) – one for each branch of the service – Marines, Navy, Airforce, and Army. They each had rubber hair

and a scar on their cheeks. Hasbro even introduced an African-American G.I. Joe in the 60s. Due to building Vietnam anti-war sentiment during the 70s, Joe was given a leave. He reappeared in the early 80s with a macho fuzzy head and beard and a Kung-Fu grip. He later was cut in size from 11 ½ inches to under four inches and offered in various incarnations and characters.

What does this mean? It means that (as Heraclitus said) “change is the only constant in life.” This too shall pass is another saying which we must remember. Times change. People change. Technology changes. Society changes. Where would all those Amtrak passengers be if they did not adapt to playing electronic solitaire or scrabble on trains to kill time? Electronic monopoly (among other variations of the board game) has introduced new generations to the traditional game.

Barbie is 57 years old! It’s about time for some plastic surgery.  It is America! As the late Michael Jackson once said, “You know, let’s put it this way, if all the people in Hollywood who have had plastic surgery, if they went on vacation, there wouldn’t be a person left in town.

I think we adults have a tendency to underestimate our children, their creativeness, and innate intelligence. Diversity in the marketplace is a good thing; it will serve to enhance imagination, not restrict it.  When actress and model Hari Nef tweeted “where is trans barbie — as Lao Tzu said,  “a journey of a thousand miles begins with one step” — or in this case with a few long overdue plastic make-overs.
Don Levine, the inventor of G.I. Joe at Hasbro had this to say about G.I. Joe and children’s play (which I feel is equally applicable to Barbie dolls) G.I. Joe is “a very empowering toy for kids. A child has a character that is his or hers to direct through whatever adventure happens to come up on that particular day. The child…is able to explore all manner of heroic and exciting possibilities, whether it be as a deep sea dive, astronaut, or jet pilot. That kind of make-believe is something every generation thrives on.”