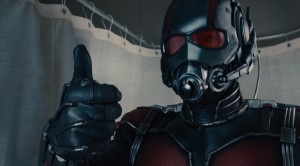 With seven kids between us, four of them being boys, we are inundated with superhero everything: movies, backpacks, posters, action figures, video games, board games, Legos, etc., etc., etc. But I can’t pass it all off on the kids, or even the boys. We all love superheroes – all nine of us. In fact, our upcoming nuptials are rife with more than just a dab of a superhero bent. We’ve incorporated it into nearly every detail. And truly, who doesn’t love the idea of wicked cool super powers? Good vs. evil? Awesome, flashy costumes, capes and a double identity thrown in for good measure? As a kid, I idolized the awesome Lynda Carter as Wonder Woman (my brother’s massive crush) and wished I had that lasso and invisible airplane, too. I even imagined wearing her cuffs and tiara. It’s no wonder (no pun intended) that the kids have associated me with her (can you say single working mom of four?) and Wayne has adopted the Superman persona.

But I digress. So Wayne won one of his many radio contests; this time tickets to see Marvel’s Ant-Man, The two of us snuck out to see this one sans kids and without telling anyone where we were going (we’re bad!) With movies showing up On Demand and VUDU so quickly, they’ll be seeing it soon enough!

Now I’m a huge fan of Paul Rudd, on whom I probably had a crush back in his Clueless days (of course now my only crush is my blogging and life partner, Wayne.) Rudd is the actor who never ages (and acts like it) and whose juvenile but hysterical ad-libs with Seth Rogan in 40 Year Old Virgin, would not automatically have had me thinking the role of superhero would suit him. But Ant-Man is not your average superhero. In fact, Rudd was perfectly snarky, and despite his character Scott Lang’s cat-burglaring prowess, is bumbling and perfectly, unassumingly boy-next-doorish. It all added up to a great fit.

The supporting cast also was spot on, including Michael Douglas as Hank Pym, the aging scientist and developer of the Ant-Man suit; Evangeline Lilly, Pym’s slightly estranged daughter, Hope; Corey Stoll, the perfect bad guy Darren Cross; Judy Greer as Lang’s ex-wife, and Bobby Cannavale as her new husband; and Michael Pena as Luis, Lang’s hysterical if not manic, partner-in-crime.

Overall, the plot moved, the laughs were aplenty, and there even was enough family drama to pull at the heartstrings. Who wouldn’t love a nearly microscopic superhero who can pack a mean punch while riding the back of a flying ant? Not that Marvel hasn’t come up with some other downright bizarre superhero backstories and unique powers with its other characters, but this one could be the wackiest yet. A sprinkling of fun cameos from Marvel’s Falcon and Marvel creator Stan Lee, references to the Avengers gang, and the zany premise left a broad smile across my face as I got up from my seat. I was sure to stay until the bitter end after the very last credit rolled – those of you who have been to a Marvel movie know you don’t want to miss the teasers. This time there were TWO, so for anyone who missed them, be sure to look for them online!

Now that Disney owns marvel, it appears that every item of intellectual property, from the infintesimal to the grandiose, is being used on celluloid.   Speaking of small, the latest incarnation from the Marvel superhero vault is ANT-MAN. Like other Marvel superhero movies, it opens with the pre-credit comic book cells. Yes, Stan Lee, one of the original creators at Marvel, has his de riguer cameo. It has the dastardly villain, over-the-top technology and visits from other Marvel heroes like the Falcon (not to mention dozens of references to Marvel including the Avengers, Stark, Ironman, etc.) And you have to wait till the credits are over to see the obscure teaser trailer that adumbrates the next installment. So what’s so different about Ant-Man?

Two things: Paul Rudd and Michael Douglas. They bring a vibrancy and urgency to the back story that harkens back to the coming of age of Peter Parker (Tobey McGuire) with all of his foibles and romantic clumsiness in the now dated version of Spiderman. Indeed, the villain, technology, and other Marvel staples all take a backseat to the family story involving Ant-Man’s daughter, ex-wife, and her new boyfriend. The archetypical plotline of the underdog trying to redeem him or herself makes us root for Rudd. Michael Douglas, as the not-so-mad scientist, shows that his acting chops are still finely tuned, and brings both compassion and humanity to the role (reminiscent of Cliff Robertson’s portrayal of Uncle Ben).

Ant-Man may be small, but he packs a punch, and so does the movie.