Returns To The Elm City For Its 2nd Edition

November 12, the New Haven International Film Festival returns to downtown New Haven and has grown from two days and nights in 2014 to three! And, as with past festivals, there will be a block of films and commentaries dealing with important social issues and filmmaking visual story telling styles. Past programs have focused: Mental Health, Central European Filmmakers, Learning Disabilities, Latin American Filmmakers, Environmental and Corporate Greed to name a few. At this year’s festival, NHIFF producers have partnered with Shine The Light Project and numerous human rights organizations to highlight a number of films and educational workshops and panels related to important societal and human rights issues including; Human Trafficking, Social Justice, Equal Rights, ERA, LGBTQQ and Fair Trade.

3:00pm Thursday, Nov 12 the festival will open at Gateway Community College. Numerous shorts and feature films will screen throughout the day. Many of Thursday’s films will shine a light on Women and Empowerment. Featured will be “The Passionate Pursuits Of Angela Bowen” (Women’s Rights, Feminist Movement, LGBTQ, African American Women in the arts) by Jennifer Abod. For six decades Angela Bowen, classical dancer and teacher, black lesbian feminist activist, and professor has influenced and inspired untold numbers speaking out as strongly for the arts, black and women’s rights as she has for lesbian and gay rights. Angela was previously a resident of New Haven where she ran a dance, music and performing arts school. During this period, Angela had a strong influence on the direction of many inner city youth who have since gone on to have successful careers in the performing arts and are influential in the communities where they reside. The filmmaker, Jennifer Abod met her partner during the feminist movement in New Haven. Abod was a longtime, well-known talk radio show personality in New Haven.

Also, screening will be “Girl Fight”, where a group of Women gather regularly at an All Women’s Kickboxing Gym, finding themselves empowered through the art and competition of Muay Thai kickboxing. “The Last Tear” tells the story of the “comfort women,” or more accurately, the estimated 200,000 women who were recruited to sexually serve the Imperial Japanese Army during World War II. “Phenomenal Female Filmmaker Short Films” will showcase the talents of women filmmakers from all over the world.

Thursday night will include a FREE film, compliments of the Knights of Columbus. A powerful documentary film about one of the most influential men of the 20th Century; “John Paul II in America: Uniting a Continent” explores how the papacy of St. John Paul II left an indelible mark on the American continent.

The evening is then snow capped off with the Northeast Premiere of “Dog Days Of Winter”, a retrospective on the start up of organized freestyle skiing during the early 1970’s in America.

Friday continues at Gateway Community College at 10:00am with a stellar line up of shorts and features including: “Shorts Internationale – 12 Non-Discriminating Shorts For Discriminating Tastes”, a 12:00pm block of  twisted, hilarious and some even absurd Comedy Shorts is then followed by an Animations Mini-Festival. At 2:00pm, the story a “Dangerous Dave” from a local radio show called “Gay Talk” in Buffalo, New York. Dangerous Dave is poised, witty and every listener’s best friend in the LGBT feature drama “The David Dance”. The afternoon is framed with 4 VERY important documentaries. A double feature at 4:00pm: “The Sum Total of Our Memory: Facing Alzheimer’s Together” and “Many Rivers Home” Mixing reflections on aging, mortality and love.  Then two powerful environmental films: at 2:45pm “Groundswell Rising” gives voice to ordinary folks engaged in a David and Goliath struggle against Big Oil and Gas, and then “Plastic In My Water” It’s a lot more than just a funny taste. After the UK Gourmet Shorts at 6pm, NHIFF has 3 programs side by side, truly something for everyone.

At 6:00pm, an aspiring actor thinks he’s not landing parts because he’s bald until he decides to cover his head with a cheap wig in the dramedy “Actor For Hire”. In the theater next door, two back-to-back blocks of CT Filmmaker Home Grown (short films that is) and at 7:30 the Indie Blockbuster award winning comedy feature: “Good Ol Boy” starring Cheshire CT native and Hollywood actor: Anjul Nigam and Jason Lee (My Name Is Earl), about Smith, a ten-year-old boy from India growing up in Small Town, America in 1979. At 8:00pm a double feature with  “My Father’s Vietnam” & FOX SPORTS production “A Soldiers Story”, both films featuring the stories of 2 Connecticut service men and their families, generations and two conflicts apart. Q&A with My Father’s Vietnam director: Soren Sorensen and his father.

Saturday, the festival opens early Gateway Community College at 9:00am to a series of short films, features, Webseries, student films, narratives and documentaries, along with workshops and panels on Human Rights, Human Trafficking and Fair Trade until 1:30pm.  The festival then reopens at 4:15pm at the University of New Haven.

The festival wraps late Saturday afternoon into the evening at the Bucknall Theater located at the University of New Haven beginning at 5:00pm (doors open at 4:15pm) with Keynote Speaker: Jeffrey Blom, Founder of the Global Sentry Group – Real Solutions in the Fight Against Human Trafficking.

“SOLD” is a narrative feature based on the acclaimed and award-winning international bestseller by Patricia McCormick. SOLD tells the story of one girl who becomes a victim of human trafficking. The story is set in India and Nepal, where many such stories take place. SOLD is about an extraordinary thirteen year-old girl named Lakshmi who lives in a poor village in the mountains. When her stepfather accepts an advance for her to work as a domestic servant in Kolkata, India, Lakshmi becomes obliged to work off the debt. This practice is common among traffickers and is known as “debt bondage.” Lakshmi goes willingly, believing she will work as a domestic and hoping to earn enough money to buy her mother a tin roof. She is trafficked across the border to India by a city woman who tells Lakshmi to call her Auntie Bimla. They embark together upon the long journey to India walking, hitch hiking, taking a bus and finally a train. At first, it seems like an adventure, but when they arrive in the big city, Lakshmi is handed over to Mumtaz, a Madam who presides over a brothel known as “Happiness House.” To her horror, Lakshmi discovers that she has been sold into prostitution.

Immediately following the film will  Q&A with a panel of experts in human trafficking including; Jeffrey Blom, Founder of the Global Sentry Group – Real Solutions in the Fight Against Human Trafficking and  Timothy Palmbach, J.D. Professor and Chair of Forensic Science department at University of New Haven UNH DNA Forensics. After the Q&A the audience will be treated to a closing night meet n greet dessert and coffee reception in the lobby of the theater.

The festival will showcase more than 125 regional and international films as well as many titles made right here in Connecticut and in New Haven. The festival runs Thursday, November 12th – Saturday the 14th.  For festival updates, follow the festival at www.facebook.com/newhavenfilmfestival. Single film tickets are $7.00 before 6pm and $9.00 after 6pm.  Day Passes are $15 all day Thursday, $20 all day Friday and $15 – $25 for Saturday. The $25 pass includes the entire day, the keynote, VIP Reception and Closing Night film “SOLD” The schedule, tickets, passes and other information can be found at www.newhavenfilmfestival.com. 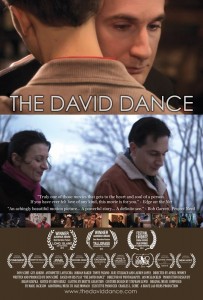 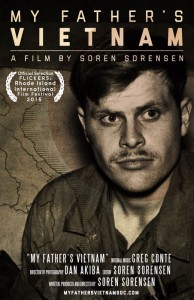 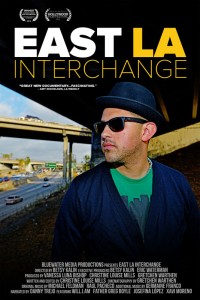 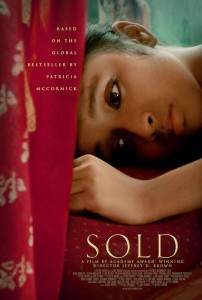 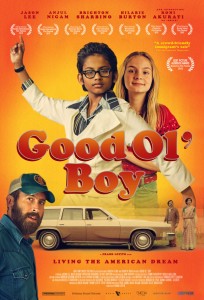