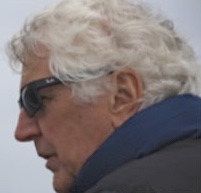 Ray’s previous guest blog (see Rau Hoy #1) focused on the state of the book publishing industry. When asked to comment on his passion and thoughts regarding the film/media side of his business, he was happy to oblige in his typical enthusiastic fashion.

What is a guy who loves the film business doing living in Alaska? An enormous, sprawling state that dwarfs all others, including Texas, which Alaskans refer to as “That cute little state down in the lower forty-eight.”

While I am living the dream in Alaska, I am taking full advantage of the perks of the digital age – I can collaborate with anyone, anywhere in the world without putting up with the traffic, smog, and noise of the so-called civilized world.

No matter where you live, and no matter if you’re a newbie or old pro, if you’re involved in the video/film business in any way, you share the thrills, heartaches, defeats (hopefully small ones), victories (hopefully large ones), and sense of accomplishment with every other filmmaker in the world.

The horror stories about Hollywood’s failures and successes are legendary. The “film industry” (actually a misnomer now that nearly everything has gone digital) is a tough, often unforgiving place to ply your trade and invest your time and money, but it is also highly addictive and often very rewarding.

Perhaps the only other industry that matches the film business for intrigue, wild yarns, and colorful characters is the casino business, and I am a 20-year veteran of that particular battleground as a director of casino marketing and casino consultant. Consequently, while I love the film business, I find myself more amused than intimidated by its behind-the-scenes battles, the huge egos, and the big-money transactions since I was exposed to it for two decades in the casino business.

I’ve done a lot of different things for a living, and I’ve been lucky enough to enjoy all of them. But writing is my number-one passion. Always has been, always will be. I live by some hard, fast rules, and I think they’re worth sharing with you:

Now, that’s just the way I like to prepare for success. You may or may not agree with everything I’ve just presented, but I think if you give it some serious thought you’ll find that my “complete package” approach will give you an edge. I can tell you from experience that having an “edge” is how casinos make their money. It works in the film business, too.

Good luck to you. And, oh, did I mention that you should have faith in yourself? 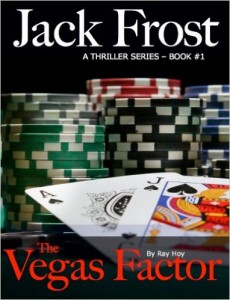