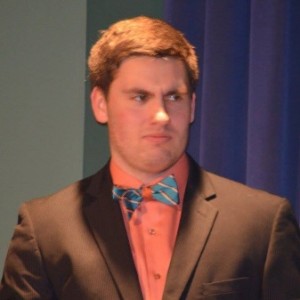 *Note that I have excluded any remastered games, expansions, or DLC(s)

Final Fantasy XV has been in development for years and for good reason. The game is stunning to look at and a real beauty to behold. But we all know just because a game looks good doesn’t mean it is good overall. I hold the same standard for burritos. Going through this game so far has been a blast and to fully enjoy it I have been taking my time and exploring all there is within it (which is just a fancy way of me saying I haven’t finished it yet). That being said, I did watch my friend beat the game so I could fully embrace everything the game would offer. I’ll say the ending actually leaves you a bit confused; but that doesn’t mean a game should be written off just because it leaves you thinking. The gameplay is a blast to fiddle around with and the teleportation never gets old. My one major complaint about Final Fantasy XV is the use summons during battle. I would sum up this game as “A chocobo that finished its race without legs and used teleportation as the means to do it.” 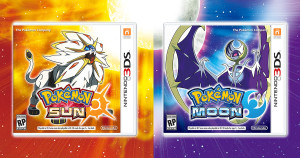 I won’t deny it any longer, Pokémon games are for children and I have to come to terms with that. However riding on the wave of Pokémon GO, Pokémon Sun and Pokémon Moon slid onto every kid’s Christmas list in 2016. That’s not a bad thing, mind you, and I would like to congratulate and thank whoever thought to do that. The two games brought a bunch of new elements into the franchise and it was nice to see a change from the usual story mechanics that Pokémon has overused through the years. The starters were unique and fun; Pokémon in the islands world felt like there was a real balance between humans and Pokémon. I also enjoyed the idea of ultra-beasts instead of the legendary types to overpower Pokémon. My hope is that one day there is a release of an “open world” Pokémon game with no story that allows players to create their own characters, to decide in which town to start, then travel the world catching, training, and mastering Pokémon. It’s a fantasy I know, but the child in me can hope. We now  are up to 802 Pokémon in the Pokémon universe.

A few complaints I have about the game are: 1) Stop making the fire Pokémon the strongest and maybe switch it up once in a while (I’m speaking outside competitive play, just story play); 2) allow players to choose a difficulty for their gameplay; and 3) maybe allow a Pokémon story to not have a criminal organization/gang trying to do something evil. How about instead of the same usual core progressive story, have a society of people enslaving Pokémon in a country to battle for them. And instead of your character catching Pokémon, they may befriend them and they’ll follow you around (instead of being inside Pokémon balls). Then through large scale efforts you’ll focus on changing the ways of each town you come upon (maybe change the mindset and even the landscape of the people/world around you).

Overall the game was a success but I’m just telling developer Game Freak, instead of tip toeing with small modifications through the years, throw the world a curve ball and change the way we view the world. My rating for this game is: “Finally taught Gramps a few tricks.” 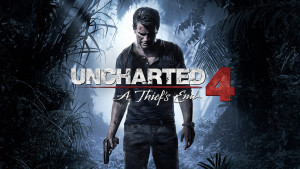 Naughty Dog developers just seem to know how to deliver an outstanding game and 2016’s Uncharted 4 was no small fry. At the outset I’ll say the game had a slow start; but if you were to judge a book only by its first chapter, you never truly get to appreciate the story. The game overall was a huge success and it is sad to think that this might be the last title for Nathan Drake; but what an ending to a marvelous ride – to this astounding franchise.

The moment where I enjoyed myself the most in this game would either be driving a boat during a monsoon or in the awesome punch scene against Nadine Ross as you drop down from the roof to land a punch. If you’re a PlayStation fan and you haven’t yet played this game, stop reading this quick review, go to your nearest game store, and buy it. Now if its past 9 p.m. and the store happens to be closed, bring a sleeping bag and earn your “camping like a hobo” badge as you wait for the store to open. Just do anything to get your grimy hands on the best Indiana Jones adaptation in a video game there ever was, while enjoying a truly compelling story. I would rate this game “Lara Croft’s second son.” 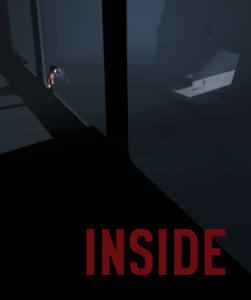 This game surprised a lot of us when we first heard about it. The concept looked intriguing but not enough for me to pay full price for it. That being said, however, the dark coloring and the shadowy backstory were exactly what we expected from the developers of Limbo; they sure did deliver with this game. From start to finish you’ll have questions and even once you beat the game you’re left with more questions; but it’s the journey and the simplicity of it all that make this game stand out. If you haven’t had a chance to play, I highly recommend you buy it because you won’t be disappointed. Playdead developers, I can’t wait to see what you come up with next. I would rate this game “Stephen King’s four-year-grandchild” – who doesn’t seem to know how to speak very well, but still intrigues you with a dark and mysterious tale. 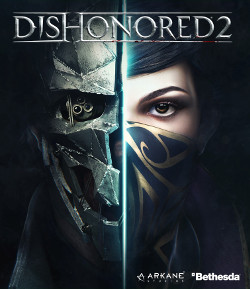 When the first Dishonored came out in 2012, not a lot of people expected it to be such a success. Teleport to 2016 and everyone was expecting its sequel game to build and enhance upon everything we loved in the first game. And it did just that and what we have is a stealth game that people will continue to enjoy until we get the next execution. The combat is fun and although missions are a bit repetitive when compared to the first game, it’s the way you approach an area in this version that gives it its heft. The game stands out and feels like its own.

When you want difficulty, try to complete an area without being seen or killing anyone. When you want a bit of a challenge, try to take out every guy without anyone noticing. When you want to feel like a god who’s using the devil’s powers, then brutally murder everyone as you ignore that this game is a stealth game. Dishonored 2 was a nice addition to the staggering amount of 2016 holiday season games and would make any player who is tired of First-person Shooter (FPS) breathe a sigh of relief. I would rate this game “The second time at your favorite amusement park” – you know your way around and even know a few secret tricks from your previous visit, but now you’re seeing parts of the park your parents didn’t let you experience that first time. 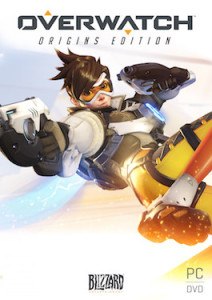 Overwatch has been at the top of a lot of people’s “2016 game of the year” list and I personally feel it is one of the strongest contenders for that title. However, I would like to take a moment to focus on some flaws of the game simply because everyone who’s written a review does nothing but sing its praises – boring!

The biggest issue for me is the lack of story. I enjoy that the characters all are colorful and different from one another – this makes them stand out. But for more story-driven gamers, an online character intro video isn’t enough to go on, especially since fewer than half of the characters have proper introductions. Consumers are expected to accept that and in my opinion, that is kind of a low blow by its developer, Blizzard. It also may have been too much to expect for a full campaign, but there could have been various short stories or videos to be unlocked for each character, that way we could view tales of their great feats. Online stories can be a challenge for more casual gamers to decipher, whether the speculated story is true or false.

In addition, there might have been a game mode or an overall rule regarding having more than three characters from a subclass category. As a gamer it can get extremely annoying when you are paired up with people who don’t have mics and then everyone chooses attacking characters or all defensive characters and your team is left without tanks or healers (yes I know some people are going to say you can always choose to be a tank or a healer, but if you don’t have the other to compliment you, then you’re still going to have a bad time). And while I know not everyone may care about this, I would really like to see more villainous characters introduced into the series. Possibly when the numbers are more even, there may be game modes where one person or team can choose only hero characters while the other can choose only villainous characters. This I feel would make things a bit more interesting for players to really look at the way we perceive characters. It makes little sense right now for a team with Winston to work alongside Reaper, or Tracer to work with Widowmaker after seeing character videos showing them battling each other.

In spite of all this, overall Overwatch is still a wonder to behold, while it still is experiencing tweaks and development in some of its game modes and character balancing. That being said, aiding gamers in learning the lessons that hopefully we all learned back in elementary school – and that is the use of teamwork. I would rate this game “First trip to your girlfriend’s house” – you might not know all the rules or proper things to do but once you communicate a little you’re going to have a grand ole time.