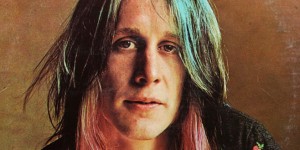 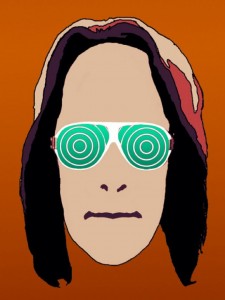 An industry maverick as he’s been called, Todd Rundgren is a musical legend. With a career spanning most of the last five decades, Rundgren is a musician, songwriter, record producer, music video director, and a recording engineer. We recently had the opportunity to catch him jamming during his Winter Tour at the Ridgefield Playhouse in Ridgefield, CT where he took down the nearly full house. This particular performance was videotaped and the fans were clearly excited to have been a part of it.

Rundgren may be 67 years old, but you’d hardly know it by his demeanor or the way he commands the stage and works the crowd. He started off loud and raucous with “I Saw the Light” – the opening track from his bestselling 1972 Something/Anything? album, complete with a powerful guitar solo and something of a trademark cackle. Lights bathed the walls at the Playhouse when Rundgren followed with “Love of the Common Man” from his 1976 album Faithful.

Jumping around the stage like an old-time classic rocker, Rundgren and the band churned out one song after the 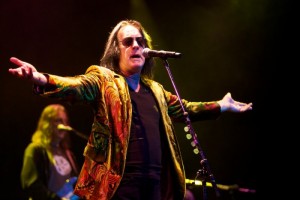 other until he stopped to give a shout-out to the Connecticut fans. Being from Connecticut myself, his pronouncement that we are the “best fans with the worst roads” just may be accurate. Self-effacing about his age and longevity in the business, he also asserted that his performance might be renamed “The Walking Dead Show” with many of his (slightly older) fans in comas for the previous 45 years.

Rundgren said he doesn’t take requests, however his pounding line up aimed to satisfy. He churned out “Black and White” (also from Faithful) then decided to “get funky” with “Love Science” (from 2nd Wind, 1991), accompanied by some fancy footwork. Starting to sweat, he blew out the guitar on “Buffalo Grass” (One Long Year, 2000), “Determination” (Hermit of Mink Hollow, 1978), and “Lost Horizon” (A Cappella, 1985) among others.

Jokingly, Rundgren brought his love of cooking to the night with his “double wok of chicken and beef” as he banged away on the drums, letting loose with the 1983 classic and immediately recognizable “Bang the Drum All Day” (The Ever Popular Tortured Artist Effect, 1982). 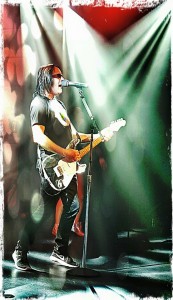 Banked in blue light, he lulled with the ballad “Soothe” (Global, 2015), proving he still can hit his falsetto range. But jokingly saying, “I think I brought the room down enough,” Rundgren quickly picked up the pace. A flubbed start to “Kiddie Boy” (Todd Rundgren’s Johnson Live, 2011) followed with some other favorites as “Black Maria” (another from Something/Anything?) and “God Said” (Liars, 2004).

Rundgren never showed age or fatigue, but did eventually pull out a stool and took a seat. “I’m sixty-seven, what do you want?” he said as he slowed it down again with “I’m So Proud/Ooh Baby Baby” (A Wizard, a True Star, 1973).

Rundgren kept the pace until he shouted out a final “Thank you!” to the audience and introduced the band: John Ferenzik (on keyboards), Kasim Sulton (bass guitarist), Jesse Gress (on guitar), and Prairie Prince (a kick-ass drummer as well as an artist). They finished with a big encore consisting of favorites “Can We Still Be Friends” (Hermit of Mink Hollow), “Hello It’s Me” (Something/Anything?), and finally “One World” (from his band Utopia’s 1982 Swing to the Right).

Rundgren et al. put on a great show. His eclectic mix of music and lyrics prove not only that he’s a phenomenal contributor to the industry but his legendary approach never goes out of style. 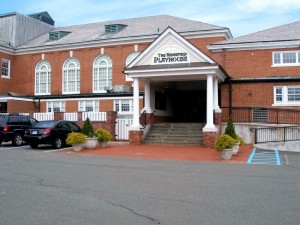 Todd Rundgren. The name instantly conjures up heavy vibes in the music industry. It’s like Clive Davis – even non-music lovers have heard of him. I had known that Todd was a bigtime songwriter/producer (he produced an album for one of my favorite all time artists – Meatloaf), but I was not that familiar with his on-stage showmanship.

We had the opportunity to see Todd perform at the Ridgefield Playhouse in Ridgefield, Connecticut. He performed to a packed house of people who knew all the words to every one of his songs. Like Todd’s range of music, the audience was an eclectic group: young and old, ex-hippies, current hippies etc.Most were on their feet at various points. 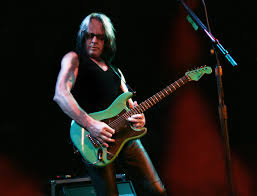 Only once did he call for a stool saying, “What do you expect, I’m 67?” But it was more related to the particular song – a ballad, rather than for any lack of energy that he needed a stool. He immediately was back on his feet afterward rocking and reeling.

He played many of his hits including, “Hello It’s Me,” “I Saw the Light,” “Can We Still Be Friends,” and, of course, “Bang the Drum All Day.” Todd was backed up by an incredible band of accomplished musicians: John Ferenzik, keyboardist and guitarist; Kasim Sulton, bass guitarist; Jesse Gress, guitarist; and last, but not least, the amazing Prairie Prince on drums. 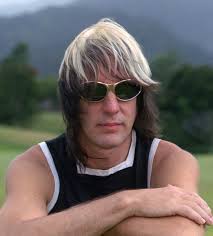 Todd Rundgren proves that at age 67 he still has what it takes to rock!