Pillow Talking’s Review of THE LOSERS

Someday Productions LLC and Pillow Talking are pleased to present the following “retro” review of THE LOSERS by Guest Blogger, I.M. Nosferatu 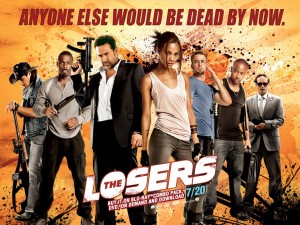 After much negotiating, we are pleased to have this debut guest review by I.M. Nosferatu.  We hope you like it.  Remember the classic novel Clockwork Orange by Anthony Burgess?  It had a Glossary so you could understand the protagonist.  I.M. Nosferatu’s Glossary — which you will need to know to fully enjoy the review — is below.  And now, here is the debut review of Mr. Nosferatu. 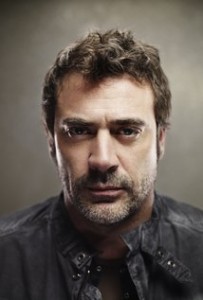 In view of the fact that veteran horror actor Jeffrey Dean Morgan officially has debuted as the long-awaited villain Negan in the “Jasonian” The Walking Dead series, and in view of the popularity of the Chris Evans’ Captain America movies (a far-from-“sick” Marvel/Disney franchise, sorry, had to be said), I thought it would be simply “horrific” to do something of a retro review of a classic in which they both shared the limelight. The film is The Losers.

The Losers (2010) is not a horror film, but I’m Nosferatu and can review whatever the hell I want. Besides, there are enough horror-type references to sate the bloodthirstiest of fans. The Losers is a horrifically sick action/buddy flick. The CGI does leave much to be desired – the explosion scenes are laughable. I personally know what real flames look like (I’ve set my share of blazes) and there are holes in the script that you can drive a yellow Hummer through. But the acting, dialogue, and overall pacing make up for these shortcomings.

The Losers was based on the Vertigo comic book series. Vertigo is an imprint of DC Comics and was created to handle more adult themes. Many horror comics were published under this imprint (right up my blood-soaked alley). At the time of its release, it only received mixed reviews, but most critics have their heads up their asses, I must say. Indeed, Rotten Tomatoes instead may be called Rotten Review(ers), but I digress.

Bloody revenge, one of my favorite themes, is at the core of the film. Not exactly horror, but enough guts and plasma to get me by. Five soldiers are framed, disgraced, and left for dead in the Bolivian jungle by none other than a Special Spook Section of the CIA (sounds like 10,000 other films). The five are hell bent on retribution and, with the help of a mysterious woman who can kick anyone’s ass, fight their way back to the top. 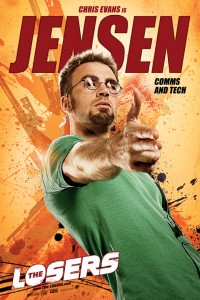 When The Losers first was released, it was compared to the resurrected The A-Team, which had been released around the same time. But the film is more like The Magnificent Seven than The A-Team and probably should be called The Magnificent Five (or maybe The Fantastic Five since we know The Fantastic Four hasn’t worked for Marvel). The Losers works in great part because of the casting and the chemistry of the actors. Jeffrey Dean Morgan is “Ripper smooth” as Colonel Clay, the head of the unit. All those years of playing the father to Sam and Dean in another Jasonian series, Supernatural, has prepared him well for the role of authoritarian with a heart and a conscience. It will be hard for some to watch him as Negan in the upcoming season seven of The Walking Dead since he makes such a charismatic good guy – but that role for him is far more my style, so thank you producers of TWD. Chris Evans is horrifically good as the wisecracking Jensen. He is much better here than playing Frisbee in those Captain America movies and steals almost every scene.

“Fangs” to the rest of the horrific cast, Zoë Saldana, the babe from Avatar and Guardians of the Galaxy, Idris Elba, Columbus Short, and Óscar Jaenada. Jaenada, by the way, plays a sick send up of the Sonny Landham character in the original Predator film (when Schwarzenegger was more than a punchline). A special “bite” goes to Jason Patric as the evil villain Max. He plays the character with such devilish verve and humor – smooth like the sociopath he is, doesn’t let ‘em see him coming. Yeah, and I know sociopaths. Of course, he was one among the Lost Boys many years ago and truly is horror royalty as his real life dad, Jason Miller, was in the sickest horror film of all-time – The Exorcist. I guess it really is in his blood.

The Losers is a winner and deserves another look (or a first look if you haven’t seen it), especially before Negan takes hold of us all and we forget what a really good guy Jeffrey Dean Morgan can be. (Lying here, I’m dying to see his bad-ass, killer-rampage side.)