Someday Productions LLC and Pillow Talking are pleased to present the following review of ROOM. 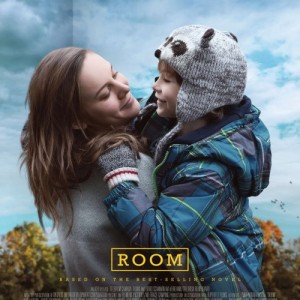 A big film with a diminutive title – just a word – Room. And if I had to sum it up in just one word, I could simply say: Wow, the first word I uttered as the end credits began. But I don’t think it’s possible to stop there: Amazing. Stellar. Disturbing. Astounding. Startling. Impactful. Staggering…And all of these words would easily describe everything from the film’s incredible story to the gifted cast to the exceptional direction. 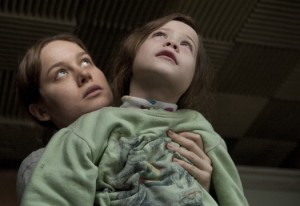 Room is one of those films that stays with you – the kind of film which draws you in, gets its grips into you then doesn’t let you go. The kind you can’t shake for all the good and the bad that you’ve felt for nearly two full hours. I thought about it for the rest of the night and again the next day. What’s more, the sheer brilliance of the performances by Brie Larson as Ma and Jacob Tremblay as Jack were unparalleled. Brie was nothing if not authentic, raw, and vulnerable in her portrayal of a young woman held in captivity who would do anything to protect her young son. Jacob was equally as authentic, and his masterful acting ability rivals that of just about any award-winning actors many times his age – it was utterly astonishing to watch; talents such as this cannot be taught.

As of this writing Room had 78 award nominations and 38 wins. Based on the book (of the same name) and 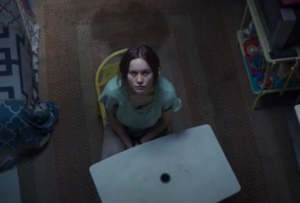 screenplay both by Irish-born Canadian Emma Donoghue and directed by Irishman Lenny Abrahamson, Room is an enormous film that starts out small. Small in that the full first half takes place only in “Room” – a tiny space which encapsulates the entire world of Jack and Ma. It is the inside of a backyard shed where the two are imprisoned; where their only glimpse of a world beyond is a small overhead skylight. This is the only “world” that Jack ever has known and where Ma has existed for seven years following her abduction at age 17 by Old Nick (Sean Bridgers). Even though Ma knows well how she got there, Jack does not; so she has made life palatable for her son by weaving magical tale after magical tale. 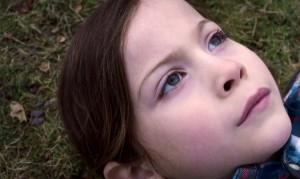 As frightening as it would be to live in a single, windowless Room, never able to see or venture beyond, what awaits these two brave souls on the outside is possibly more terrifying. When the two finally devise a successful plan to escape, it’s a more arduous task for both to adjust to freedom. For five-year-old Jack who knows nothing about what is real: the presence of other people and of things – anything that exists on the other side of Room’s door. He knows little about what it means to have and to make choices. And for Ma, now age 24, whose former seemingly idyllic life and her choices within it were taken away, she now has demons – and plenty of them.

Room is a riveting, visceral, psychological exploration of how people cope with trauma. Jack is “plastic” the 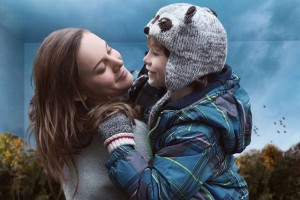 psychiatrist says – a term used in psychology to describe the brain’s ability to adapt to change and experience. He still is young and expected to be able to adjust. Ma, on the other hand, relives the horrors; she is a genuine illustration of post-traumatic stress disorder and clinical depression and you, the audience, can feel all that she feels.

“Film as dream, film as music. No art passes our conscience in the way film does, and goes directly to our feelings, deep down into the dark rooms of our souls.” ― Ingmar Bergman

When I saw Room in preparation for the upcoming film awards season, I immediately thought of this quote. No matter what the genre is, when a film is exceptional, it has the power to reach out and touch people; sometimes even to haunt them (which is one reason why I wanted to be in the biz). Room is such a film. From start to finish, one is engaged; no looking at the watch (or cell phone led display); no bathroom breaks; no meandering thoughts about what you are going to do after the movie. 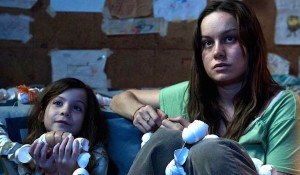 The plot, like its one word title, is simple and yet elegant. It’s about a young woman who was abducted when she was 17 and imprisoned in a room for seven years. During the course of that incarceration, she has a child whom she names Jack. They live by themselves surviving on the bare essentials that their captor, “Old Nick,” reluctantly provides. When Jack turns five, he is told about the “real world” and a daring escape plan is hatched. The remainder of the film deals with life for mother and child after their confinement.

We learn that freedom has a price just like everything else. And, no matter who you are or how important you think you are, life will go on whether you are here or not. As my Dad used to say when I would tell him about a problem I was facing – this too shall pass.

The casting and acting are positively superb. The film already has garnered seventy 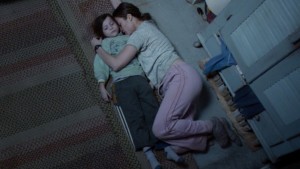 -plus nominations on the festival circuit – not surprising. Jacob Tremblay, who plays Jack, is not only one of the best child actors I have ever seen, but is downright one of the best actors period. His performance is simply incredible. Brie Larson is outstanding as his mother and protector. Her portrayal combines that rare mix of strength and vulnerability. Sean Bridgers, who plays the captor, Old Nick, is so good that you can’t wait to see him get his comeuppance. Joan Allen is perfect as Nancy, Jack’s grandmother, who must learn to accept the changes evident in her daughter from her horrific experience and her innocent grandchild, the product of violence and rape. Rounding out this stunning cast is Tom McCamus (Leo), Nancy’s “friend/lover,” and a small but effective cameo by William H. Macy as the stubborn grandfather who cannot accept what has happened. 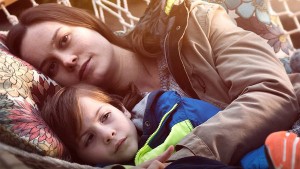 The screenplay was written by Emma Donoghue, who was fortunate enough to adapt her own novel (which was actually written in the first person narrative of Jack). The film was masterfully directed by Lenny Abrahamson.

Room is the kind of film we filmmakers dream of making: one that touches us in some way and leaves a lasting impact.