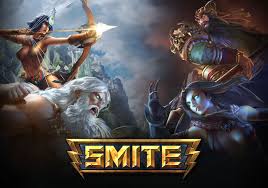 What separates Smite from other Multiple Online Battle Arena (MOBA) games are that its characters are mostly based upon godly lore from around the world. It includes Greek, Norse, Chinese, Japanese, and Hindu deities and even some true-life, historical, powerful fighters. What also separates it from most MOBAs is that it is playable on computers as well as game consoles (which is actually how I discovered it).

When I first began to play the game I didn’t understand what all the hype was about. After the tutorial (which I recommend that everyone utilize if it’s their first time in a MOBA), I jumped straight in – and boy did I notice the difference between myself and experienced players! I got wrecked and I don’t mean in a way like you crashed your uncle’s little dinghy boat kind of wrecked, I mean like I was Captain of Costa Concordia and I crashed my cruise ship! However, as any gamer will, you get back up and do a little bit of research on the key elements of the game, such as how to build properly and how to match up with teammates’ characters for the best destructive strategies. When I got back into it I continued to lose but I also was learning and improving – and eventually I actually was having fun. My favorite characters to use are Artemis, Poseidon, Fafnir, Odin, and Loki. Something that I feel a lot of players (both new and old) forget is the fact that when you’re a one- or two-trick pony, no one wants to be with you. It’s just not entertaining and most times you will hurt your teammates more when your team clearly needs a tank character but all you’re decent at are mages or assassins.

The gameplay is both fantastic and addicting so if you’re a gamer like me who likes to bounce around a lot, willpower is key – if you don’t utilize some self-control, expect to be sucked up by that black hole of gaming and we’ll see you in a few months (probably right around the time that the new president has been elected)! Smite’s gameplay keeps things interesting and because there are several different ways you can build characters – you’ve got many hours of research and experimenting ahead of you, but trust me, they did a great job of camouflaging that as stimulating and pleasurable gameplay. Strategy and learning to time your attacks is key to any victory in Smite.

Unfortunately with a game like this the biggest flaw is teamwork and that is reflected in the player community. You either end up on a team where no one communicates and chemistry is just god awful (like the Lakers in recent years) or you end up on a team where there is just enough talking and chemistry that allow you to make the cut (like the Houston Rockets) but you still don’t go far. There can be a few rare moments where you may end up on a team where chemistry is good and communication is in abundance, but I believe that’s just a myth – it hasn’t happened for me. The worst is when you deal with players who have a “Me, Myself and I” mentality because that doesn’t help anyone out especially in a heavily team-based game.

Overall this game is a worthy play and one that anyone can jump into. As long as you can keep yourself from being frustrated by the all-too common issues of greedy players or their lack of communication, then I feel anyone can enjoy Smite and immerse themselves in this vivid, bloodstained battle arena world where someone like Cupid can make Odin, Zeus, and Ravana his bitches.