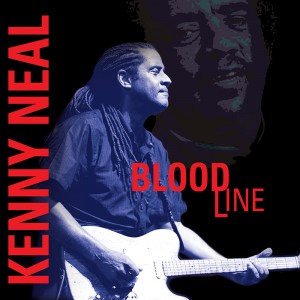 The first thing I thought after about 20 seconds into the first track of this CD was Blues Brothers!! I mean if they ever make a Blues Brothers 3 movie, Kenny Neal’s Bloodline could cover the entire soundtrack. It’s a “big blues” production and by that I mean, lots of horns, plenty of Hammond organ, lots of background vocals, tasty blues licks on the guitar in all the right places, etc., yet there still is space in the songs. The musician credits on the CD are a mile long. Multiple bass players, keyboard players, BG vocalists and horn players went into this project…yet I reiterate, there is space! The songs are pretty straightforward blues in structure, but lyrically they are fresh. And just when you think you’ve got it figured out, Neal switches gears and does “Funny How Time Slips Away” by Willie Nelson. It reminded me of something Charlie Rich would have done in his heyday and believe me, that is a compliment! The next track that grabbed me was “I Go By Feel,” a real moody, sorta swampy, slow blues track that again suggests a movie scene to me – I see a couple slow dancing alone on the dance floor in some dark empty shithole bar on the bayou; there’s moss hanging from the trees outside while the psycho ex-boyfriend peers through the filthy window with a .38 in his hands waiting for the right moment…you know the movie. The CD closes with a nod to The King “Thank You BB King,” a jump blues track that will have you bopping and tapping your toes before it’s done with you.

What I like about this CD is that it doesn’t stay in the middle of the road like many blues records. Kenny Neal takes us down the traditional blues road, yes, but just before things get predictable, he cleverly takes a side road and that makes taking the ride with him a lot of fun. Well done, Kenny.