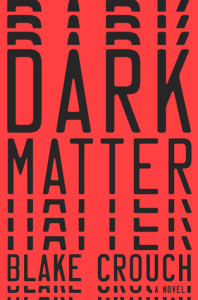 Blake Crouch is a bestselling novelist and screenwriter. He is the author of the novel, Dark Matter, for which he is writing the screenplay for Sony Pictures. His international-bestselling Wayward Pines trilogy was adapted into a television series for FOX, executive produced by M. Night Shyamalan, that was Summer 2015’s #1 show. With Chad Hodge, Crouch also created Good Behavior, the TNT television show starring Michelle Dockery based on his Letty Dobesh novellas. He has written more than a dozen novels that have been translated into over thirty languages and his short fiction has appeared in numerous publications including Ellery Queen and Alfred Hitchcock Mystery Magazine. Crouch lives in Colorado with his family.

Two mysteries of our universe are the dark matter and dark energy. Dark matter is unseen matter that holds stars together in galaxies. String theory holds several possibilities for the existence of dark matter — from String Theory for Dummies

I’ve always been interested in cosmology and time travel. I’m not sure exactly when I became interested in quantum mechanics and quantum physics. It was probably in my college days when I was reading Pierre Teilhard de Chardin, a priest who almost was defrocked for his advanced (and practically heretical views) about the nature of life and the universe. He was definitely a pioneer quantum physicist. It was much later that I became a devotee of Carl Sagan, Stephen Hawking, Erwin Schrodinger, Niels Bohr, John Gribbin, and others.

The thought of parallel universes and alternative realities (a theoretical construct espoused in the quantum physics realm) is both tantalizing and mindboggling. Imagine coming to a crossroad in your life, choosing one path in your reality and an entire alternative universe comes into being based upon the road not taken – only in this alternative reality you do take it. The answers to Robert Frost’s famous poem, The Road Not Taken, is answered in spades.

It only was a matter of time before elements of quantum physics, like parallel universes, found their way into popular culture. One of the first instances that I recall (though I’m sure there were many others) were the parallel universes featured on the vintage soap opera, Dark Shadows. In the literary world, I remember Dean Koontz’s character Barty Lampion in his 2000 From the Corner of His Eye, who had the power to tap into alternate realities.

Of course today, quantum physics has been absorbed by pop culture in every conceivable way and in every possible medium. Films such as Sliding Doors and the Butterfly Effect, the docudrama What the Bleep!?: Down the Rabbit Hole, and even Broadway shows such as If/Then and Constellations deal with alternate realities.

So it was with great interest I checked out screenwriter and novelist Blake Crough’s Dark Matter. It skirted the NYT Bestseller list and it is my understanding that it will be made into a movie, as well it should. It is an excellent, thought-provoking piece of “science faction.” In fact, Dark Matter represents one of the best integrations of scientific facts mixed with fictional elements and characters. Crouch uses solid quantum theory as plot devices including Schrodinger’s cat theory and the quantum physics observer effect. Crouch gives shout outs to Stephen Hawking, Carl Sagan, Neil deGrasse Tyson, Michio Kaku, Rob Bryanton and Amanda Gefter “who have dedicated their lives to seeking fundamental truths about the nature of our existence.” Mr. Crouch also gives a special shout out to physics and astronomy professor, Clifford Johnson, Ph.D. for the “broad-stroke concepts of quantum mechanics.”

The plot is predictable (hell, the liner notes on the dust jacket give the basic story away). The protagonist, Jason Dressen, a brilliant scientist who sacrificed his life-altering work for the sake of his family, is abducted by Jason2, his doppelganger from an alternate reality who made the opposite decision of sacrificing family for life-altering scientific breakthroughs involving, of course, parallel universes. What follows is a prince-and-pauper change-up with a pinch of the classic It’s A Wonderful Life and a dash of David Gerrold’s classic 1973 novel The Man Who Folded Himself thrown into the stew for good (quantum) measure. Much like Columbo, the iconic television show of the seventies, it’s not the crime or even plot that is important, but instead it’s the characters and how things ultimately are revealed and resolved that are the intriguing elements which keep the readers in suspense.

Dark Matter is a quick read and a page turner for sure. Like many novelists who also are screenwriters, he uses an economy of words and his sometimes staccato style of writing creates a brisk pacing. Additionally, Mr. Crouch (again like many novelists/screenwriters) also has the special talent of making the story very visual which is why I personally can see it as a film.

Dark Matter is ultimately a mind bender; an intellectually-stimulating, quick-paced action-adventure all rolled into a Rubik’s-like quantum cube that has the power to transport us to parallel universes. Whether or not you are into quantum physics, it is a fascinating yarn that will satisfy most readers in this universe or any other existing reality. 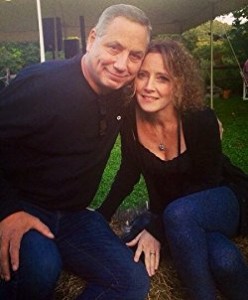