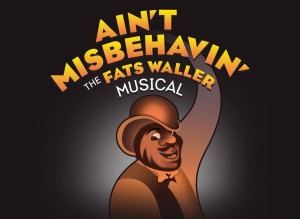 For more infor or to purchase tickets

It may be winter, but inside it’s hot and steamy. The jazz era is back and it’s at Westchester Broadway Theatre. From the music of one of the most popular musicians of his time, Thomas “Fats” Waller, the 1978 Tony Award-winning musical show Ain’t Misbehavin’, The Fats Waller Musical Show will keep you warm on a cold night with its infectious energy, incredible songbook, and exceptional performances.

Originally conceived by Richard Maltby, Jr. and Murray Horwitz; originally created and directed by Maltby, Jr., and with original choreography and musical staging by Arthur Faria, this dazzling confection takes to the stage under the skilled direction once again of Maltby, Jr. Featuring much of Waller’s outstandingly prolific catalog, it’s a dynamic dive headlong into the Harlem Renaissance. Crafted with complete authenticity and in honor of a true master, Ain’t Misbehavin’ will have you wishing you, too could jump to your feet and join the company in lively song and dance.

The true definition of a musical revue, Ain’t Misbehavin’ has just a mere few words of dialogue yet with about 30 tunes, there’s a common thread and a story, with Waller’s presence felt in every note. As Maltby was quoted in the program as having said, “It’s all about dealing with an unfair world. This is a world in which black artists had to use the back stairs rather than the lobby. They never complain about it, they deal with it with language.”

The multi-talented five-person cast, M. Martine Allard as Nell; Ron Lucas as Andre; Tony Perry as Ken; Amy Jo Phillips as Armelia; and Anita Welch as Charlaine knock it out of the park. Sometimes in solo, duets, trios, or even crooning as a company quintet, they all make musical magic through Waller’s songs (which he wrote and/or performed, alone or in collaboration with others). Every word and note is steeped with vibrant wit and wisdom. Waller was described by his closest musical collaborator, Andy Razaf, as “the soul of melody… a man who made the piano sing… both big in body and in mind… known for his generosity… a bubbling bundle of joy.”

And Ain’t Misbehavin’ is in fact a joyful ride. With simple staging, the performers take front and center, allowing them to collectively embody Waller (after all, he was dubbed “Fats” because of his portly proportions). Musical Director William Foster McDaniel remains on stage throughout tearing up the ivories and is backed by outstanding musicians Jay Mack on drums; David Dunaway on bass; Brian Uhl on trumpet; Steve Bliefuss on trombone; and Robert Carten on reeds. Von Ann Stutler is Musical Contractor.

Shout-outs to Steve Loftus for stage design; Keith Nielsen for costume design; Andrew Gmoser for lighting design; and Mark Zuckerman for sound design; as well as to the rest of the production staff for contributing to the entirety of the gestalt.

Go for the songs. Go for the history. Or just head to Westchester Broadway Theatre to have a roaring good time.

It is indeed rare to see Broadway history in the making, much less be a part of it. So it was one of those bucket list moments when Pillow Talking went to review Ain’t Misbehavin’ at Westchester Broadway Theatre (WBT), and the Director, Richard Maltby, Jr, who conceived it with Murry Horwitz and originally directed it on Broadway in 1978, was not only present to receive an award for his contributions, but directed this version as well. It was like a time portal to the past. And while I did not see the Tony Award-winning Broadway original, the WBT’s production was a vibrant musical tour de force that remains as timeless as the music. As Richard Maltby, Jr. said in his intro, “it has played for forty years and there is not any reason why it should not play for another forty.” 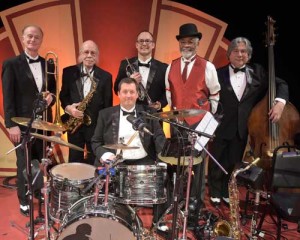 One of the principal reasons, of course, is that the show is built upon Thomas “Fats” Waller’s ageless music, a hybrid between swing and jazz. Fats Waller was one of the first big crossover black artists into white mainstream music. Like Woody Guthrie, Fats was a prolific songwriter who published over more than 400 songs. Let me repeat that: he published MORE THAN 400 songs. Ain’t Misbehavin’ picks some of his best work (as well as some lesser known works) and Director Maltby keeps the pace moving in musical skits rather than a chronological narrative framework. Of course, there was the iconic song “Ain’t Misbehavin’” which opened Act One, “Honeysuckle Rose,” “The Joint is Jumpin’,” and “I can’t Give You Anything But Love.” Fats’ comedic side shone through like a beacon in songs like “The Viper’s Drag,” “Your Feet’s Too Big,” and “Fat and Greasy.”

The entire cast gave virtuoso performances, not only bringing to life the nuanced layers of the songs, but channeling the wit and talent of the master, himself. Indeed, in many ways it felt like Fats was in the house having a grand ol’ time. Kudos to the entire cast: M. Martine Allard (Nell); Ron Lucas (Andre); Tony Perry (Ken); Amy Jo Phillips (Armelia); and Anita Welch (Charlaine). Props also must be given to Musical Director William Foster McDaniel.

Even if you are not a Fats Waller fan (or you’ve never heard of him), the music is pleasing to the ear, the performances will keep a smile on your face and you will get a rare treat – a musical trip back in time to the birth of jazz. Ain’t no reason not to see WBT’s Ain’t Misbehavin’ – TODAY!