Someday Productions LLC and Pillow Talking are pleased to present the following interview with actor, singer, songwriter, dancer, star of Glee and of Broadway and Off-Broadway — the multi-talented Matthew Morrison 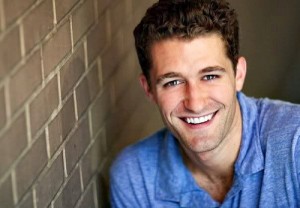 At the Ridgefield Playouse May 26th

Matthew Morrison is a true quadruple threat and shapeshifter. He can sing, dance, act, write songs, and slip seamlessly from one media form to the next. Whether he’s on Broadway in Hairspray, on TV’s Glee, in the recording studio, on a film set, or on the cover of a national magazine, he brings the best of his incredible talents to the task at hand. He attended NYU’s Tisch School of the Arts and briefly was a member of the boy band LMNT. His big break came when he landed the role of Link Larkin in Broadway’s Hairspray. He was nominated for a Tony Award for his role as Fabrizio Nacarelli in The Light in the Piazza. He played Will Schuester in the long-running and highly-rated television series Glee. Matt also is signed with Adam Levine’s 222 Records label.

Matt is presently completing a concert tour that will close at the Ridgefield Playhouse in Ridgefield, Connecticut.

Pillow Talking was fortunate enough to catch up with Matt who took time away from his busy schedule to chat a bit and answer a few questions for us and his fans.

PT: Matt, we know you have been on the road and busy with a gazillion things. Thank you for taking time out to talk with us! Can you tell us a little bit about your background?

MM: Athletics and the arts are big areas that define my background. I played soccer throughout high school but began my theater experience during my childhood.

PT: When and how did you decide to go into show business?

A specific turning point was during my junior year in high school when I was faced with the personal dilemma of which career path I should continue to pursue. I owe a lot to my mentor and teacher at the time, Dr. Ralph Opacic. His words of encouragement to stick with the arts had a big effect on me, and I’m thankful to have had that conversation with him that day. As you can see, I pursued the arts, and am glad I did because my soccer career most likely would have ended by now! 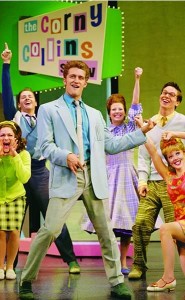 PT: Well, we are glad that you did! And of course, all of your fans are too! So many know you because you landed the plum role on Glee which was such a great show! Can you tell us what your experiences were like working on it? 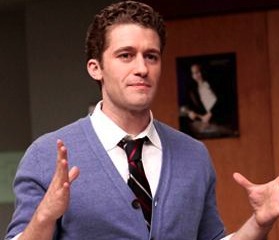 MM: Glee was such an amazing experience for me. Not only did the television show play a major role in pop culture, but it also allowed me to incorporate all of my true talents into the role of Mr. Schuester – singing, dancing, and acting. Long days that turned into late nights were common during filming days, but we had such a strong family relationship on set that it made the schedule bearable. Ryan Murphy is an amazing writer who was able to touch on such important current topics in today’s society amongst the viewer demographic, and it was a great experience to see just how those storylines came together and how they had a positive impact on our viewers.

PT: It seemed as though everyone got along and had great fun doing it. Did you have any funny experiences you can share?

MM: As for funny experiences, well — being on set with my good friend Jane Lynch almost every day always left me laughing and smiling. 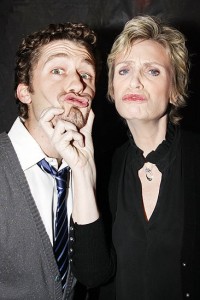 PT: She is so talented! We can totally imagine working with her must have had everyone in stitches – how fortunate you were! Did your experience on Glee differ from other work you’ve done or are doing? 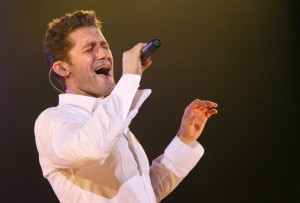 MM: Unlike theater or live music gigs, television is very much a repetitive and drawn-out process. During filming, there are many takes of a scene, whereas in a live show, it’s a one-shot deal that you really need to execute on the spot. Another difference is the performer’s interaction with the viewer. In television, you’re interacting with a lens (camera). I much prefer the live audience interaction, because it’s on stage where I feed off of the energy of a live crowd. I would say that is definitely the main difference.

PT: You wear so many hats, actor, singer, dancer, songwriter, recording artist. Do you prefer one hat over the other and what is your approach to a part whether it be acting, singing, or dancing?

MM: Although more demanding, I truly enjoy playing in front of a live audience more than filming. Whether it’s in theater or live music [like I said] I feed off of the audience’s energy, and it allows me to get personal with my fans. Television and film acting is an amazing vehicle to help expose my talent to a much broader audience, but I will always appreciate my live stage performances more. 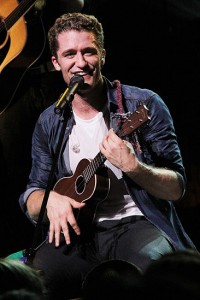 PT: Can you tell us what is on your future agenda in terms of TV, theatre, recording, etc.?

MM: At the moment, I have some concert engagements through the rest of this year into next. However, I’m always entertaining new TV and film opportunities and would definitely consider going back to television if the right role came around. It’s been a busy last year, as I’ve acted in films (Tulip Fever, Underdogs, After the Reality), television shows (The Good Wife, Younger), and of course in theater (Finding Neverland), and all have been amazing experiences. 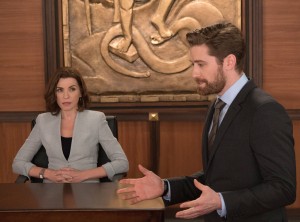 PT: Tulip Fever looks incredible — The Weinstein Company just released a trailer for it. That’s the one that Tom Stoppard adapted from Deborah Moggach’s novel. And, next to Glee, The Good Wife is one of our favorite TV shows and we’re not just saying that!

MM: I had the pleasure of filming the last few episodes of The Good Wife recently, and with that being one of my favorite shows, it was an experience that left me feeling excited about possibly looking into other guest star roles down the line as well.

PT: You have been busy! We look forward to seeing you in those projects. So we always like to ask our interviewees this final question. If you could sum up your life to date in one word, what would it be and why?

MM: [For me] the last two years specifically have been full of progress in all areas of my life and I am so happy with where I am, and what the future holds.

PT: Awesome answer! And we are excited to watch your future unfold! Thanks again, Matt, for pillow talking with  us! 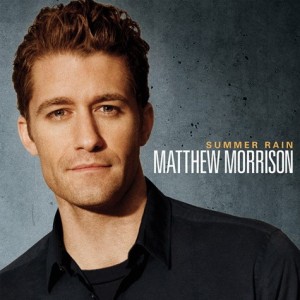