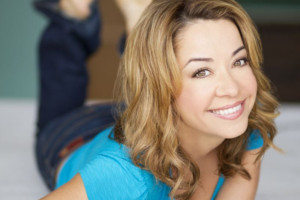 Currently Appearing in CRT’s Noises Off

Jennifer Cody is an actress, dancer, and voice over personality. She has been featured on Broadway in such shows as Cats, Grease, Shrek The Musical, Beauty and the Beast, and many others. She has appeared in countless regional productions, film and television programs, and can be heard on Broadway cast album recordings. She is married to actor/director/playwright, Hunter Foster, and has co-starred with him as well as with her sister-in-law, Sutton Foster.

We were so pleased that she took the time out of her busy schedule rehearsing for Connecticut Repertory Theatre’s second production in their Nutmeg Summer Series, Noises Off, to answer some of Pillow Talking’s questions.

PT: Thank you for taking time out of your busy rehearsal schedule for Noises off at CRT to chat with us here at Pillow Talking! We’d love to hear about your background and how you got into this crazy business.

JC: I did a production of Anything Goes in high school and there was a moment where I accidentally shot a bird out of the sky. During a performance, I decided that while the next scene was going on, I would attend to the bird. As I gave the bird CPR, the audience roared. I was hooked.

PT: Wow! What a story!! Who were your early influences?

JC: I always loved Lucille Ball and Tim Conway. Physical comedy has always been my passion even before I knew what it was. Even now, outtakes of Mama’s Family are my favorite YouTube obsession.

Noises Off was actually one of the first productions that I saw in NYC with Dorothy Loudon; I had never been in a room where every person was gut laughing and wiping their eyes. Before then, I didn’t even know that was possible.

PT: That’s great And there’s certainly no one like Lucy. As you know we’ve interviewed your husband, (actor and director Hunter Foster) when he was directing Million Dollar Quartet at Westchester Broadway Theatre, then we saw it again [a new incarnation of it] at Paper Mill Playhouse. We also know you’ve worked with him in the past. As another married couple in the business [like us], can you tell us how easy or hard it is to work with Hunter? 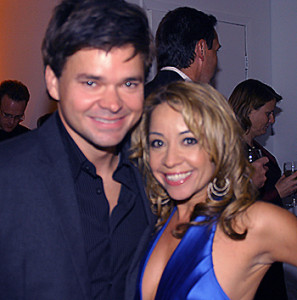 JC: Hunter and I have been together almost 25 years. Sometimes it is easy. Sometimes it is hard. But that’s any marriage. Whether we are working together onstage or creating a show together, I can tell you we always laugh. We travel a lot. So we have to make sure that our marriage is the priority. We have been very lucky in that we have been able to do that. I can’t imagine my life without him and at the same time, as Chris Rock says, “If you haven’t had a shovel and plastic in your trunk and an alibi, you’ve never been in love.”

PT: (Laughs) Chris sure has a way with words, So we know you loved Noises Off when you first saw it. Tell us what attracted you to perform in it now. 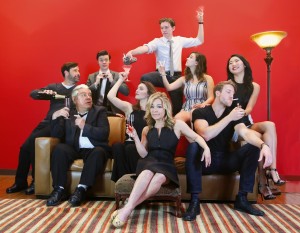 JC: It is the funniest play ever written. I have been waiting to do Noises Off since I saw it. I think it took me two minutes to return the offer to come and do it. I may have even typed “yes” before I finished reading the offer.

PT: (Laughs) Fantastic! And we are huge fans of Connecticut Repertory Theatre (CRT) because of the way it brings professional actors together with its incredible acting students. How are you finding the experience?

JC: It is spectacular. The CRT students are great and the theatre and housing are the best. I feel like I am living at Disneyworld. I just got to see 1776 and thought it was amazing. I can’t wait for audiences to see Noises Off.

PT: You also are working with a very talented cast and director. We interviewed Michael Doherty when he did Peter and the Starcatcher at CRT and he was hysterically funny. Can you tell us how things are going at rehearsal for Noises Off?

JC: We actually have one scene together where I have to think of really bad things so that I don’t laugh. He is a great physical comedian and [the character of] Tim is a perfect fit for him. I fear that scene may grow and become much longer…we’ll see… 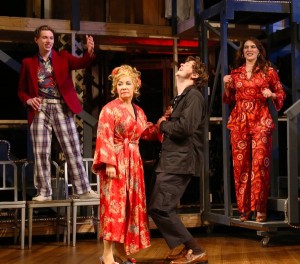 PT: We can just imagine (laughs). There was one particular moment in Peter and the Starcatcher when he was so knock-down, drag-out funny we could hardly catch our breath! We can’t wait to see the two of you in it! We’ve also come to know Vincent Cardinal quite well [the director of Noises Off]. How is it working with him?

JC: He’s fantastic. This is not an easy play because many plays are going on at the same time [at CRT]. He has done a masterful job in keeping the focus and clarity of the story. And he laughs a lot…

PT: We can imagine so! Tell us what audiences can expect from Noises Off.

JC: You are going to laugh. Even if you don’t know how backstage antics work, you will laugh. The audience actually becomes a character in the play in the second act. You will be rooting for success but laughing at the failures. Wear Depends!

PT: We already are laughing now! We’ll have to hit CVS on the way to the theatre to make that particular purchase (laughs)! So, working with students, what advice would you or do you give to them or other up-and-coming artists who are seeking to enter the biz?

JC: Be kind. Be educated. And embrace your uniqueness.

PT: Absolutely great words of wisdom! Truly. What happens for you after Noises Off? What’s on your future agenda?

JC: I head to California Music Circus [in July in Sacramento, CA] to do On the Town and then on to the Cape Playhouse to do Gypsy [in August in Dennis, MA]. Crazy, busy summer but I am so excited about all of these women I get to play.

PT: Two awesome shows!! And believe us, we know all about crazy…staying busy is good, though.

So, we ask all of our interviewees the same “signature” last question. (We’ll have to look back and see how Hunter answered!) If you were to sum up your life and career to date, in one word, what would it be?

PT: Fantastic! That’s such a wonderful view – because we all just keep going and growing, don’t we?

Thank you so much for a funny and enlightening interview! Hopefully this is just the beginning for us in seeing your great stage work! Break legs and we can’t wait to catch you in Noises Off!!!