He came down from the mountain 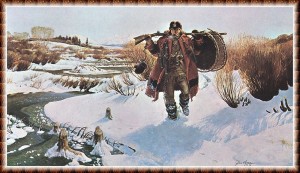 The man who was once blind but

Now who could see, his once dead eyes

Ablaze with Brimstone and Treacle

Carrying an unscorched scroll which

He unrolled for all the land to read

In a scrawl made by no human earthling

Was the following barely legible meme:

You can cheat Karma and Death for a time

But, in the end, those two imposters will