A Tale of Two Selfies by I.M. NOSFERATU

Our new offering by Guest Blogger, I.M. Nosferatu, titled A TALE OF TWO SELFIES is a mash-up of Charles Dickens’ A CHRISTMAS CAROL and Edgar Allan Poe’s THE RAVEN just in time for the holidays and New Year’s resolutions—

A TALE OF TWO SELFIES

Once upon a midnight dreary, while I pondered

Bleak and bleary-eyed to create a witty query

To submit to a publisher or two or three

Imbibing copious libations to the creative deities that be

After all, it worked for Huxley, Kesey and others before me

There came a gentle tapping, rapping

In the corridor outside my locked bedroom door

I was alone in the house, just me

So at this late hour who, or even more alarming,

What on this earth could it possibly be?

I did not want to know so I copped two benzos

Downed a liter of stout and waited for the blackout

As the rapping became a knocking which in turn

Became a rat-tat-tat cacophonous pounding which

Alas, I could stand it no longer and jumped out of my bed

White knuckled grip on my Ticonderoga with its sharpened lead

Ready, if need be, to stab the eyes out of the walking dead

I flung open my bedroom door to find—

Neither Edgar Allan Poe’s Lenore nor the Raven nevermore

Instead I found a wizened visage staring back at me 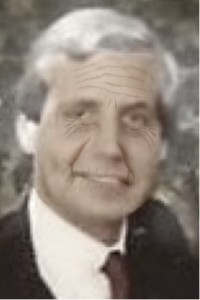 But there was something familiar about the face

The deep-set eyes, the crook in the nose, the weak chin

OMG, it was me from another time staring back at me

His hair – my future hair – was white and close cropped but

It was there, as was the hunched shoulders and cavernous frame

Was this a mirage? The confluence of mixing drugs and beer?

Actions have consequences, said he, that go far beyond you and me

Before I could respond much less think, he was gone in a blink