Here is our shared madness — commentary on everything from the ridiculous to the sublime!

What’s out there? What’s current? What’s classic? Whether it’s film, theatre, a music concert, a comedy show, an entertainment venue, travel, dining, or just the newest trend, we’re there, ready to experience it, break it down, and tell you what we think about it!

Often we are asked about how we write our reviews — sometimes they completely differ, sometimes they appear a bit similar or they overlap, and sometimes they are eerily, nearly the same! But that’s just like we are — Stephanie and Wayne — a matched set. We are different from one another; then again we share so many interests! We truly are each other’s complement. We each have our own perspectives but both have love, respect, and the ultimate esteem for all entertainment and the arts!

So what’s our process? We attend events together. We talk about our experience afterward, often during the car or train ride home. Then: She writes. And He writes. He sends his reviews to Her and She edits everything (she’s the “cleaner” as she often refers to herself)! And there you have it! Simple, right?

In our celebrity/artist interviews, we strive to make things informal, conversational, and never formulaic. We inject a bit of ourselves as individuals, but we’ve also built our brand and have created some standard Pillow Talking-esqe questions.

Plus, we’ve got tons of guests on board — reviews of all kinds, blogs, and even some duplicate, second-opinion reviews. The more the merrier, we think!

Thanks so much for stopping by. We welcome your comments and appreciate your loyalty! Tell us what you like (or what you don’t) and let us know what else you want to see. But if nothing else, come, stay a while and ENJOY!! 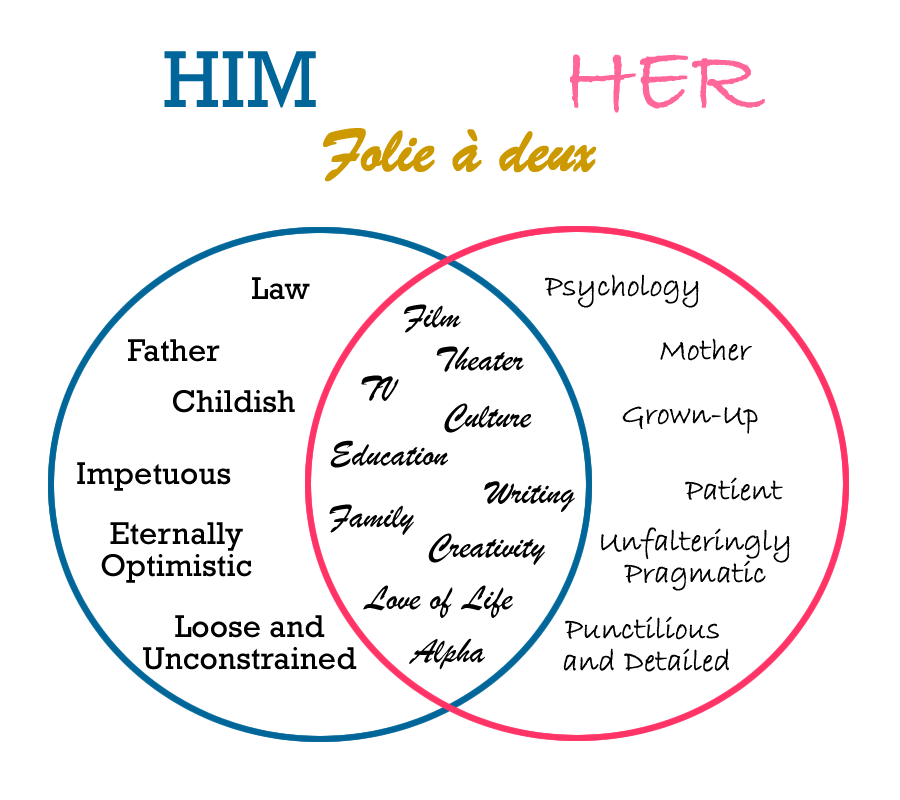 On the heels of multiple recent losses, in truth, the idea of seeing Father Stu seemed torturous. Since December 2020 when my husband’s son (my stepson) passed away from complications due to Duchenne muscular dystrophy, it’s been one pummeling for our family after another. Grief is a beast that swallows you whole—and I’ve only just begun to see my husband emerge from its savage depths. But it was actually his idea to see the movie and I couldn’t have been more surprised. He often shies away from these types of films, especially when they hit too close to home; but he was fixated. As filmmakers and writers, we spend a great deal of time in front of both the silver and small screens. It is my husband, however, who does much of the researching, reading about, video watching, and planning our film escapades. When he stumbled across the Mark Wahlberg/Mel Gibson faith-based picture, he nearly dragged me to the computer to see what he’d found. And that was it—we were going. He counted the days until its release.

Let me begin by saying, neither of us are very religious; yet we aren’t not religious either. Coincidentally, both of us were raised by parents, one each who were Catholic and Jewish, so variety was the spice of our young spiritual lives. Fast forward a few or more decades, and having endured the ups and downs of adulting, we now get into deep conversations about religion, spirituality, and the meaning of life… admittedly, neither of us can unequivocally state what lies in the great beyond, but both of us continue to consider all the possibilities.

Nevertheless, I can emphatically state, whether you are a religious zealot, an agnostic, an atheist, or anything in between, it matters not. This is a film that needs to be seen on so many levels. It is a gift to the heart and soul, just as Stuart Long was a true gift to everyone he met.

Written and directed by Rosalind Ross (this is her directorial debut), Mark Wahlberg plays the titular character—and what a character he was. A boxer-turned wannabe actor-turned priest, he is shameless and never at a loss for words. Striving to find himself in a world that is often less than kind to him (and having grown up in a wholly dysfunctional home environment which included losing a brother, divorced parents, and an absent, alcoholic father) he brings light everywhere he goes. Even when he is at his most annoying, those around him can’t help but crack a smile.

It’s not a spoiler to say that what happens next is tragic, after all this is a biographical film and Stu’s untimely death is not a secret. While pursuing the priesthood, Stu is diagnosed with an inflammatory muscle disease that presents very similarly to the form of muscular dystrophy which ravaged my stepson’s poor body. Known as inclusion body myositis or IBM, the doctors tell Stu he is quite young to fall victim to this ugly disease—one which will slowly rob him of the use of his muscles and the functions of daily living. For the first time, he begins to question his faith.

Just as my stepson was our hero, Stu is both a hero and an inspiration. Wahlberg so authentically portrays this character, as does Gibson as his often-despicable father, Bill. Jacki Weaver is amazing as Stu’s mother, Kathleen. Supporting cast does a remarkable job: Teresa Ruiz as Carmen, Stu’s girlfriend prior to the priesthood; Cody Fern (whom we love in American Horror Story) as Jacob, his roommate/foil at the seminary; Malcolm McDowell as Monsignor Kelly; Aaron Moten as Ham; and countless others.

This film was reportedly shot on a shoestring, funded in great part by Wahlberg, who also produced, because of his passion and desire to tell Stu’s moving story. A larger budget wouldn’t have mattered—it packs a proverbial punch. It is entirely impossible not to be touched by the incredible life and tribulations of Father Stuart Long. Bring along some tissues. You’ll need them.

As a filmmaker and writer, when I finish screening a film, I know I have seen a good one if I say to myself, “God, I wish I had written and directed that.” Please excuse my faith-based reference. This is a non-denominational review. Such was the case when I walked out of the theatre after having just witnessed one of those rare films that transcends Hollywood contrivances to simply tell a story that touches one’s soul. I am speaking, of course, about Father Stu. The excellent cast not only includes its producer and star, Mark Wahlberg, but also Mel Gibson, Jacki Weaver, Teresa Ruiz, and Malcolm McDowell among others. At no time during the viewing of the film did I say am watching Mark Wahlberg, Mel Gibson, etc. as actors playing roles. Rather, I was watching a film based on the real-life story of Father Stu, where the characters seemed so completely real and comfortable in their skins, that the normal dividing line between fact and fiction was blurred. The absorption into the story including the total acceptance of the characters rather than famous actors playing characters is something for which every filmmaker should strive. And that was my experience here.

The story is about a boxer named Stuart Long turned actor turned catholic priest. Let me emphasize that you do not have to be Catholic nor even religious to relate to or enjoy or be touched by the themes addressed in the film. The film takes place in the 80s and is about one man’s journey and struggle to become a priest. But Catholicism is just the context and the backdrop. The film could just as easily have been about a person trying to become a UFC fighter and seeing all of the trials tribulations and literal beatings one must undergo to reach the infamous Octagon.

So, while the setting of Father Stu involves the Catholic church, Catholicism and becoming a priest, it is, on a deeper, nuanced level, not giving up no matter what life throws at you; following your dreams and passions; not taking “no” for an answer; taking a punch, getting knocked down and standing back up; grappling with the unfairness of life including suffering, grief, and loss. More importantly, it is about reconciling and ultimately accepting our own mortality, for we are all born with an expiration date somewhere within our genes and DNA. Of course, this means that there will be a limited number of revolutions around the sun. Some may have longer and others shorter, but we will all go through a similar pattern of life span development and eventually die. It’s how we handle that fact and what we do with the time we are here that should be the most important thing. And that is what Father Stu is all about.

Apart from the incredible acting, the writing and directing by Rosalind Ross was both stunning and seamless. She definitely set the bar high for herself for future projects.

Father Stu is a powerful, thought-provoking story that pummels its spectators with a series of combination punches and uppercuts that will leave audiences emotionally spent.

In the spirit of full disclosure, I lost my oldest son to complications from muscular dystrophy during the pandemic (spoiler alert: a disease not unlike the one that Father Stu is diagnosed with). Initially, I did not want to see the film. Indeed, I didn’t think I could. But knowing the heart and soul that went into the making of this film by Wahlberg and others, I changed my mind. I am so glad I did. Yes, it made me cry—or maybe bawl is a better word. I felt the suffering, the grief, the pain, the unfairness of life—and the love (and the healing). As almost every religion on this planet notes (and I have studied many), life, for many of us (if not all at some point), is suffering. Maybe there’s something beyond this life and maybe there isn’t. But being able to explore this ultimate question and, along the way, inspire, teach, or help someone who may be hurting is the best we can hope for. And Father Stu does that.

Pillow Talking’s Review of THE LIFESPAN OF A FACT

END_OF_DOCUMENT_TOKEN_TO_BE_REPLACED

Pity Be Not Proud by I.M. Nosferatu